Seven of the 12 B1G teams earned a ‘B’ or better for their efforts on Saturday. Two of the five teams that didn’t were Michigan and Ohio State, both of whom didn’t play up to their top-10 standards in winning efforts.

In other words, few B1G teams were total failures on Saturday:

Illinois has actually had one of the more difficult schedules in college football this season. Half of their games have been against teams in the current top 25. Saturday, however, was not one of them. There was a thought that Illinois would at least put up a fight against the Gophers, even with a third-string quarterback. Instead, the Gophers ran all over Illinois and it was another blowout home loss.

Finally, Indiana dominated someone at the line of scrimmage. The Hoosiers haven’t done that much this year. On Saturday, the Hoosiers ran for their most yards against a B1G team in 15 years. Tyler Natee and Devine Redding look like quite the rushing duo. Marcus Oliver made big plays for the defense, which needed a bounce-back after Northwestern sliced up the Hoosiers in the first half. All around, it might’ve been IU’s best game of the year. 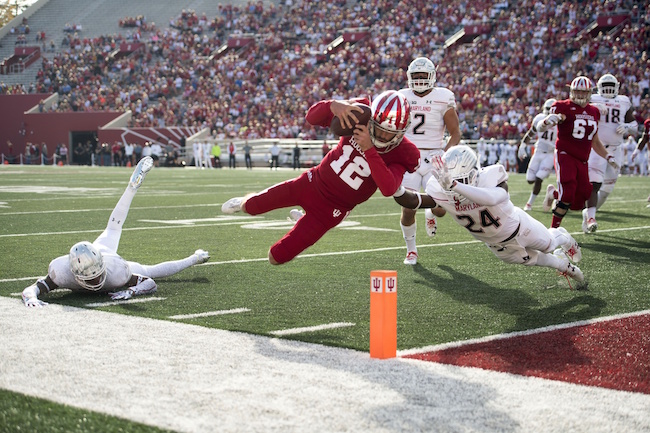 The Terps had a chance to clinch bowl eligibility and head into three monster showdowns with a winning streak. Instead, they couldn’t get any push up front and the Hoosiers ran all over the field. Perry Hills’ ball-security issues resurfaced a bit and the Terps couldn’t capitalize on a solid offensive day (517 total yards). Those running game issues need to be figured out in a hurry.

The Wolverines were up three scores late at Michigan State. With preseason expectations, that would’ve been ‘A’ worthy. Instead, Michigan’s defense showed some rare weaknesses and a 2-5 team made it closer than it should’ve been. MSU might not be as bad as a typical 2-6 team, but the Wolverines struggled to keep the foot on the gas for the second straight week. That won’t be lost on Jim Harbaugh.

All things considered, it could’ve been much, much worse. The Spartans, despite their inability to keep a quarterback on the field, fought. They established the run with LJ Scott and actually showed some heart on the defensive side. Sure, it snapped the winning streak against Michigan, but 2-5 teams aren’t expected to win games as 24-point underdogs. MSU at least made it interesting.

The Gophers play down to their competition far too often. Take last week against Rutgers. At Illinois, the Gophers dominated. The ground game and the defense were lights out in the second half, which wasn’t the case against Rutgers. Tracy Claeys didn’t have to sweat out anything in Champaign. 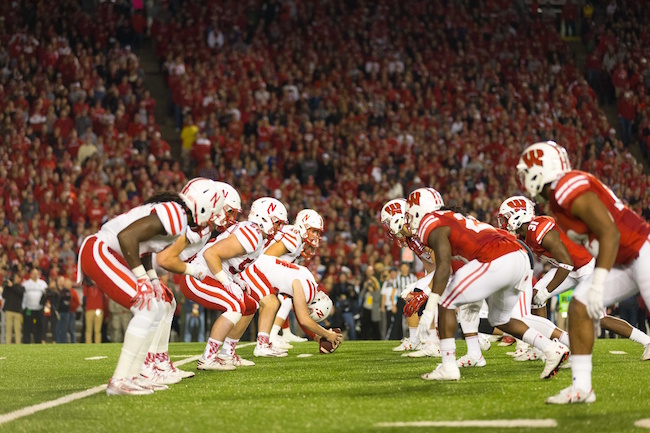 That might’ve been the best game Nebraska played all year and it came in a loss. Go figure. The Huskers deserved to be on the field with a top-10 team. The Blackshirts, especially Nathan Gerry and Josh Banderas, came up huge down the stretch and nearly pulled out a win in Madison. Tommy Armstrong’s early picks hurt, but he didn’t make any back-breaking plays late. A win and the Huskers really would’ve shaken things up.

Another impressive effort from Northwestern. In a game many expected the Wildcats to get dominated, they hung tough in one of the toughest places to play in college football. Austin Carr lit up the talented Buckeye secondary and the Wildcats actually had a chance to pull off a huge road upset. A couple plays here and there and that would’ve been the stunner of the year in college football.

Remember when the Buckeyes were going to turn the corner after their first loss? Saturday was more of the same for a group that struggled in October. The Buckeyes had no consistency in the passing game and their vaunted defense didn’t look very vaunted against Clayton Thorson and Austin Carr. The Wildcats have been much better in October, but that was still a lackluster effort top to bottom. OSU was fortunate to come out with a win. 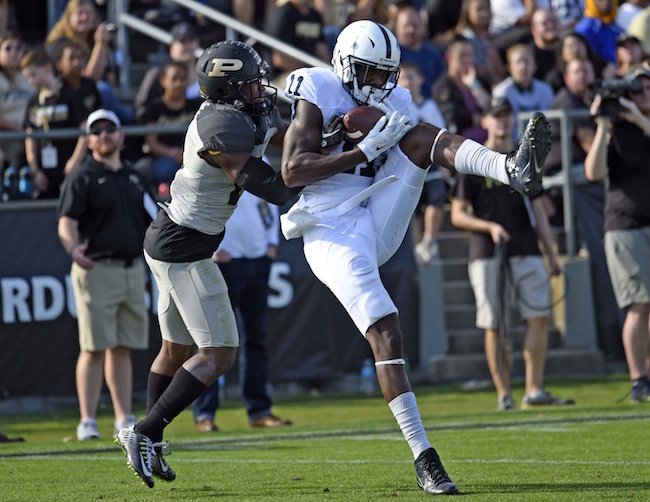 Speaking of turning the corner, the Lions avoided a trap game and stomped Purdue on the road. Saquon Barkley was as good as ever, and after slow start, it was all Lions. The result was the third-highest point total vs. a B1G team in program history. Since you started reading this, Barkley scored twice.

Yikes. After a nice start with some creative play-calling, nothing worked for Purdue in the second half. That won’t keep any fans in the seats. Nothing makes the home fans leave sooner than allowing 81-yard touchdown runs. This defense needs Jake Replogle back in a hurry.

Just another ho-hum top-10 win for the Badgers, right? Wisconsin ended Nebraska’s unbeaten start with Jack Cichy out and with T.J. Watt sidelined for the second half. Ryan Connelly’s dominance was a big part of that, as was some clutch runs late. Corey Clement and Dare Ogunbowale both had key plays in the fourth quarter and overtime that fueled a gritty win. It wasn’t as dominant as some might’ve expected, but Wisconsin did what it had to do to keep its playoff dreams alive.