Which B1G schools really produced the most NFL draft talent the last decade?

If you haven’t heard it yet, get ready.

College programs across the country will blow up social media, raving about all of their NFL draft talent. They should do that. That’s what recruits care about.

Ten years ago, today’s recruits were in first or second grade. In other words, that’s probably about as far back as they’re going to remember.

With that in mind, I thought it would be interesting to figure out which B1G schools really produced the most NFL draft talent the last decade. To be clear, that’s not factoring in NFL success. Producing NFL draft talent is based simply on where a player is drafted.

To judge that, I came up with a scale because let’s be honest, a first-round pick can’t be valued the same as Mr. Irrelevant.

I went back and applied the scoring system to all of the draft picks from B1G teams from 2007-16.

For argument’s sake, I included Maryland, Nebraska and Rutgers before they were in the B1G. No, those guys didn’t play in the B1G, but for judging claims that will inevitably be made by three current B1G schools, those numbers are relevant.

So here were the results (school’s total points are after the hyphen).

Looking at that number, it’s amazing Pat Fitzgerald produced three seasons of nine-plus wins during that stretch. Several B1G schools had more draft talent in one year than Northwestern did in the last 10. But with those new facilities, that number will undoubtedly climb.

It’s not easy to produce NFL talent when your state rarely yields a four-star recruit. Minnesota might not have produced much early-round talent, but eight draft picks in the last three years is a respectable number. 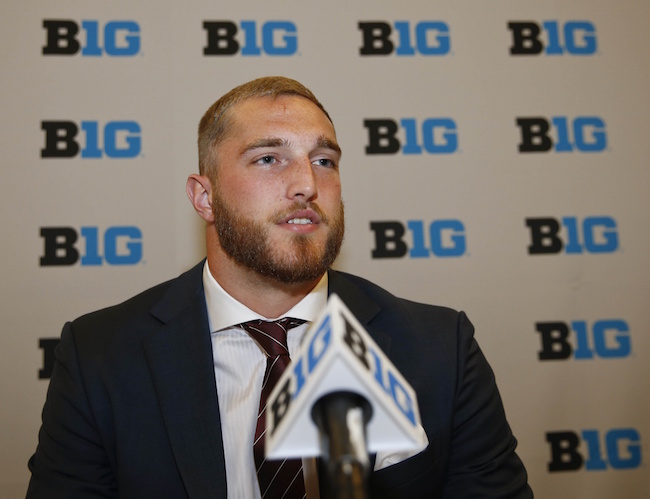 It comes in waves at Indiana. Four times during the last decade the Hoosiers didn’t have a single draft pick. They averaged two draft picks the last three years — a number which should continue in 2017 — but they haven’t produced a first-round pick since 1994.

Since Rutgers joined the B1G, the draft numbers have been mediocre at best. The Knights had three draft picks in two years as a B1G team in the draft, which could look even bleaker the next couple years. But Rutgers did have a draft with two-first round selections in 2010, which is something only three other B1G schools can speak of.

The Darrell Hazell era limited Purdue’s NFL pipeline a bit. Purdue hasn’t had more than two players drafted since that 2008 group, which had three players selected in the first four rounds. Still, Purdue’s draft streak, which dates back to 1998, is still intact. 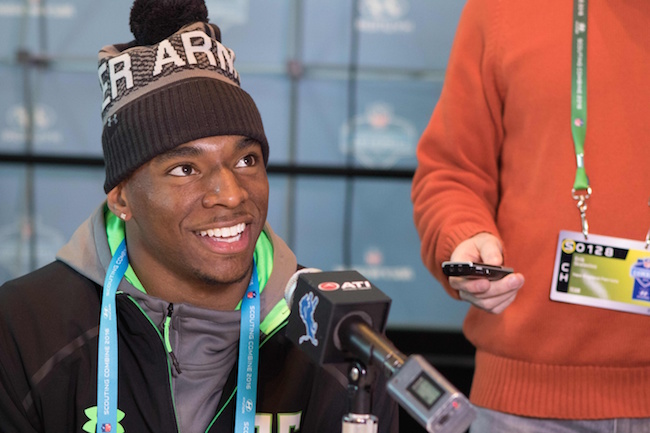 Most of Maryland’s draft damage came during its ACC days, but people forget the Terps actually had a solid 2016 class. Maryland had three players drafted last year, all of which were selected in the first five rounds. That came just short of matching the success of the 2009 group, which was led by first-round pick Darrius Heyward-Bey.

Say what you want about Ron Zook as a coach, but he brought in a good amount of NFL talent to Champaign. It might surprise people that the Illini had more first-rounders the last decade than the likes of Michigan, Michigan State, Nebraska and Penn State. But the Illini lacked depth, which explained the lackluster win totals. 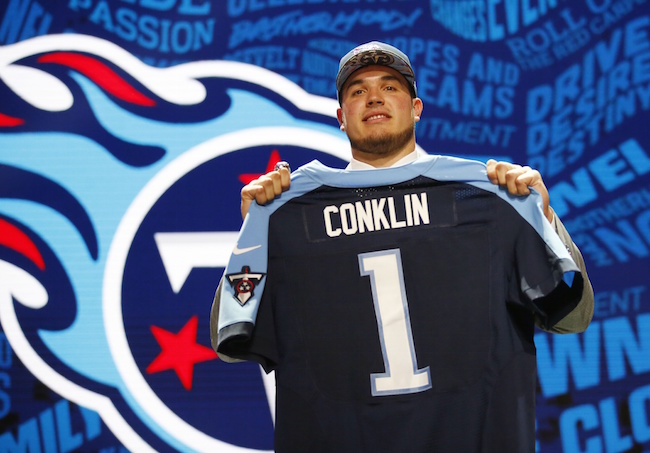 The Spartans are the only B1G team riding a multi-year streak of first-round draft picks. Malik McDowell has a chance to make it four years in a row. Even if he doesn’t, three years in a row of a first-round pick is a credit to Mark Dantonio’s staff. MSU’s awful 2016 came after it lost five draft picks, which was its second-highest total of the last decade.

Go figure that Nebraska’s best draft of the last decade came right before it joined the B1G. The Huskers haven’t had a first-round pick since Prince Amukamara in 2011. Still, Nebraska had multiple players drafted every year of the last decade, and that earned the program a solid 133 points.

Believe it or not, Michigan was a sixth-round draft pick away from not even cracking the top five on this list. Rich Rodriguez might’ve had something to do with that. This year, however, the Wolverines should finally get back to producing the NFL draft talent they did under Lloyd Carr. 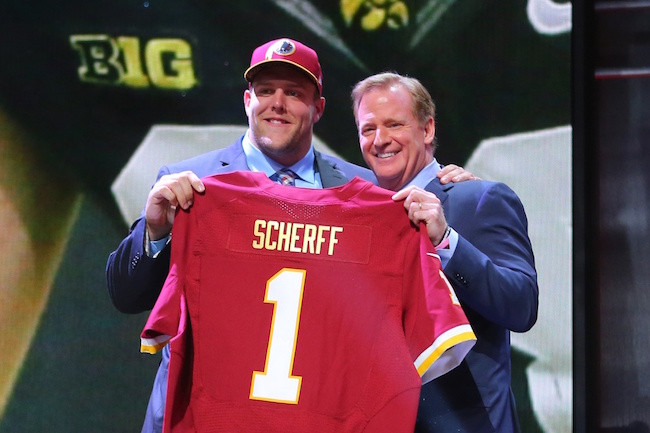 Take that, Colin Cowherd. Jokes aside, the Hawkeyes probably don’t get enough credit for the NFL talent they produce. Iowa was responsible for three first-round offensive linemen alone the last decade. If not for a dud in 2016 — only one seventh-rounder — the Hawkeyes could’ve been in the top two or three.

Apparently when you crank out a bunch of 10-win seasons, NFL draft scouts pay close attention to you. Among B1G schools, only Ohio State had more first-rounders than Wisconsin the last decade. Even more impressive (but it doesn’t count for this ranking) was the fact that four of the Badgers’ six first-rounders made the Pro Bowl in their second seasons in the NFL. That’s talent.

Despite the NCAA sanctions and the turmoil, Penn State still produced more NFL draft talent than nearly the entire B1G. The Lions might not have had the first-round prospects that they had in the early part of the 21st century, but the depth was there. In eight of the last 10 drafts, Penn State had at least three players selected. In the two years they didn’t hit that mark, the Lions still had two players drafted. Not too shabby.

Ok, so there wasn’t much suspense at No. 1. Even if you took away Ohio State’s historic 2016 class, the Buckeyes would still be top dog on this list. Speaking of that 2016 class, that earned the Buckeyes a whopping 70 points. In other words, Ohio State had more talent in its 2016 class alone than five B1G teams produced in the last decade. If the Buckeyes are looking for a sales pitch, it’s that they had more first-rounders the last decade than Michigan, Michigan State and Penn State combined. Yowza.

Connor O'Gara
Connor O'Gara is the senior national columnist for Saturday Tradition. He's a member of the Football Writers Association of America. After spending his entire life living in B1G country, he moved to the South in 2015.
RECENT ARTICLES
BIG TEN
B1G announces women's basketball All-B1G teams, individual awards
BIG TEN
Here's where every B1G team ranks according to KenPom at the end of the regular season
BIG TEN
Only one B1G team has not landed a commit in the 2022 class yet
BIG TEN
Report: NCAA planning to vote on one-time transfer rule next month