If you don’t remember that moment from Moore, it was equal parts hilarious and frustrating for Ole Miss. Of course Rebels fans were happy to see one of their players mock bitter rival Mississippi State in that kind of fashion. But what Ole Miss fans didn’t like is that the action resulted in a penalty and ultimately cost the Rebels the game, head coach Matt Luke his job and the photo is now one of the most infamous SEC pictures of recent memory.

And now, there’s a chance that image could be the next state flag of Mississippi. Seriously.

With the state of Mississippi set to change its state flag following an offseason of renewed support from within the state to do so, the commission to redesign the Mississippi State flag has received over 2,000 submissions according to the Mississippi Department of Archives and History.

One of those submissions was the photo of Moore taunting Mississippi State. Below is the graphic that was submitted, which can also be seen and voted on here. 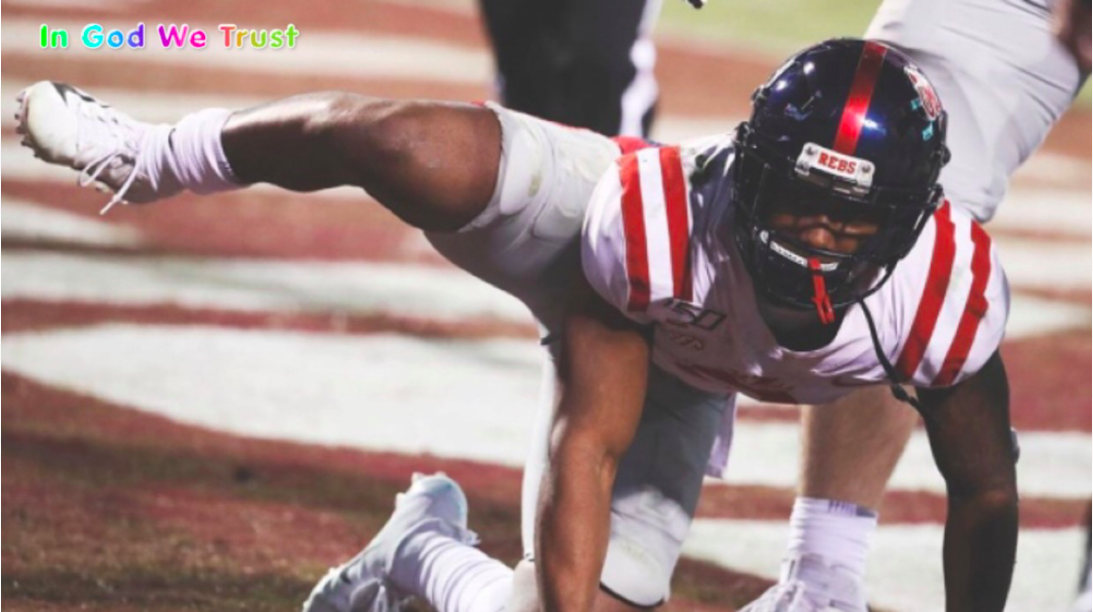 This image probably isn’t going to be the next state flag of Mississippi. But hey, you miss 100 percent of the shots you don’t take, right?

Only in the SEC.