For Melbourne, Fla. DE Seth Coleman, the opportunity to play in the Big Ten trumped the chance to stay close to home at USF or play for Lane Kiffin at FAU. Coleman announced Sunday that he has committed to play for Lovie Smith and the Illini.

Coleman made his announcement via his Twitter account, sharing a note thanking his mother and his coaches. The tweet also included a graphic featuring a photo of him in the team uniform.

Measuring 6-4, 200 pounds, the weak-side defensive end out of Holy Trinity Episcopal Academy is pledge No. 10 in Illinois’ 2019 recruiting class. The 247Sports Composite ranks the class No. 12 in the Big Ten and No. 55 nationally.

Highlights of Coleman can be viewed in the video below. 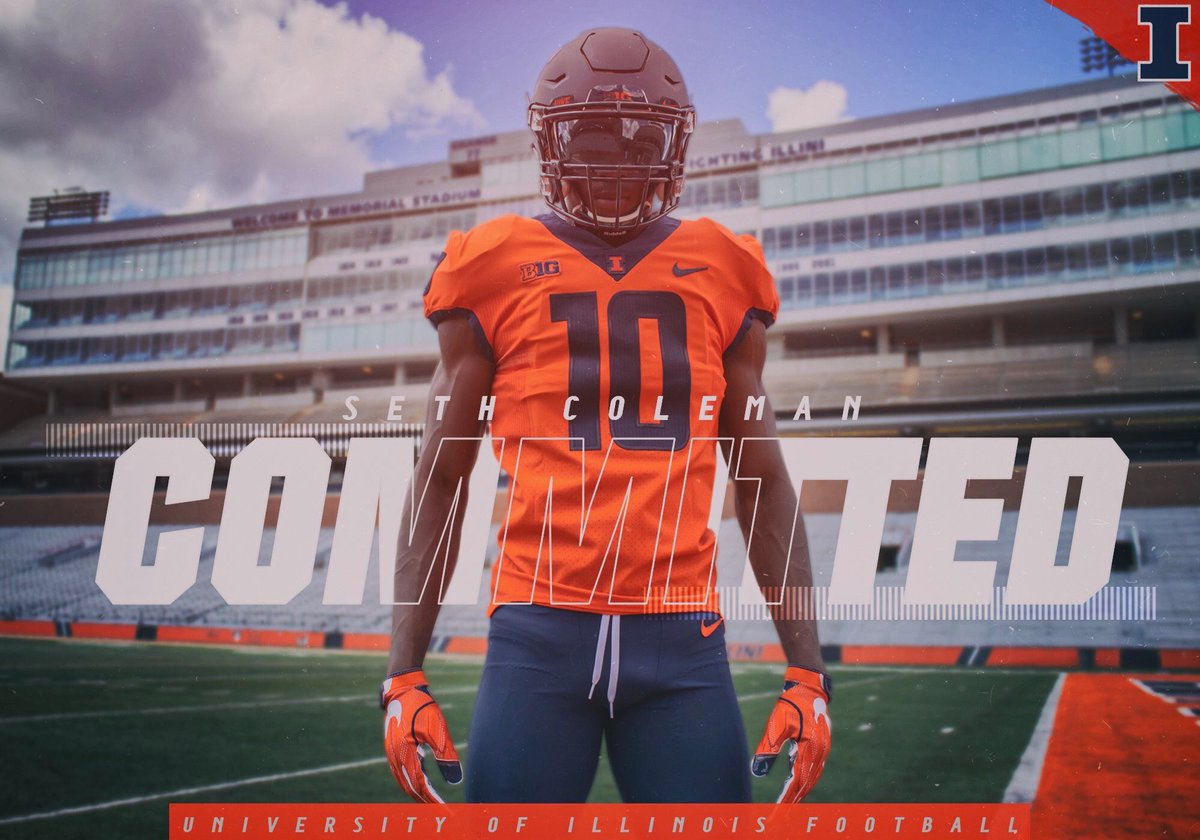