Lovie Smith dipped into the NFL ranks to fill out his staff.

The Illini officially announced the arrival of Gill Byrd, who worked on Smith’s staff when he was the head coach of the Tampa Bay Buccaneers and Chicago Bears.

At Illinois, Byrd will have the combination of responsibilities of safeties coach and passing game coordinator.

Lovie Smith has completed his 2018 coaching staff with the hiring of longtime NFL assistant coach Gill Byrd to the defensive staff. He'll serve as Passing Game Coordinator and Safeties Coach.

Byrd was most recently the defensive backs coach with the Buffalo Bills, where he led the unit that allowed the second-fewest passing touchdowns in the NFL. After spending 18 of the last 19 seasons in the NFL, this will be Byrd’s first college job.

He’ll take over an Illinois defense that ranked No. 34 against the pass, but just No. 78 in team passing efficiency defense. 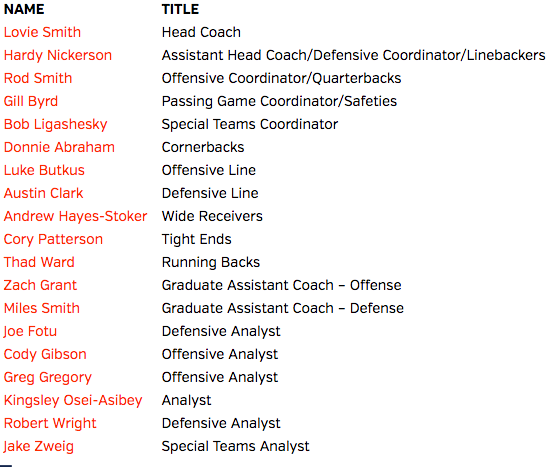 Illinois will kick off spring football on March 5.