The Illinois Fighting Illini got some bad news on Wednesday, when QB Jeff George Jr. announced his plans to transfer.

George, the son of former NFL star and 1990 No. 1 overall pick Jeff George, is going to leave the program ahead of the 2018 season.

As you can see in the tweet below, George plans to leave as a graduate transfer with two years of eligibility remaining:

“For I know the plans I have for you, declares the Lord, plans to prosper you and not to harm you, plans to give you hope and a future” – Jeremiah 29:11 pic.twitter.com/of61WXyUtK 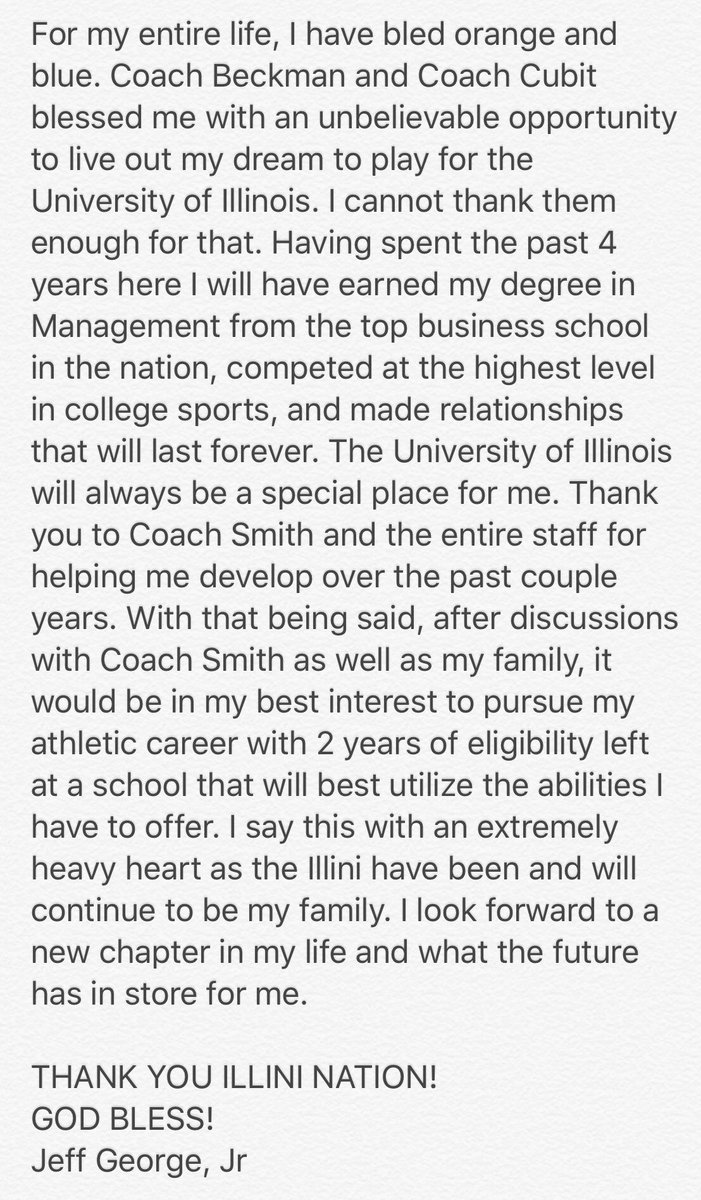 George started five games for the Illini in 2017, throwing for 1,273 yards, seven touchdowns and 10 interceptions.

The Illini moved on to freshman QB Cameron Thomas midway through the season, so George likely wouldn’t have had his starting job in 2018.

Where he plays next remains to be seen, but he’ll have two years of eligibility remaining wherever he ends up.