Illinois fans received some great news Saturday afternoon ahead of the top-10 battle against Ohio State.

After missing three straight games, star guard Ayo Dosunmu will return to the court for the Illini. Dosunmu has been sidelined since suffering a facial injury in the loss to Michigan State. He has been in the concussion protocol.

In his return, Dosunmu will be wearing a protective facemask to cover his nose. Coach Q Dosunmu, Ayo’s father, teased the new mask with a Batman image shared on Twitter:

Illinois Basketball also shared a video of Dosunmu getting ready for Saturday’s action, and we have to agree. The mask has serious Batman or Phantom of the Opera vibes to it, but it looks awesome. 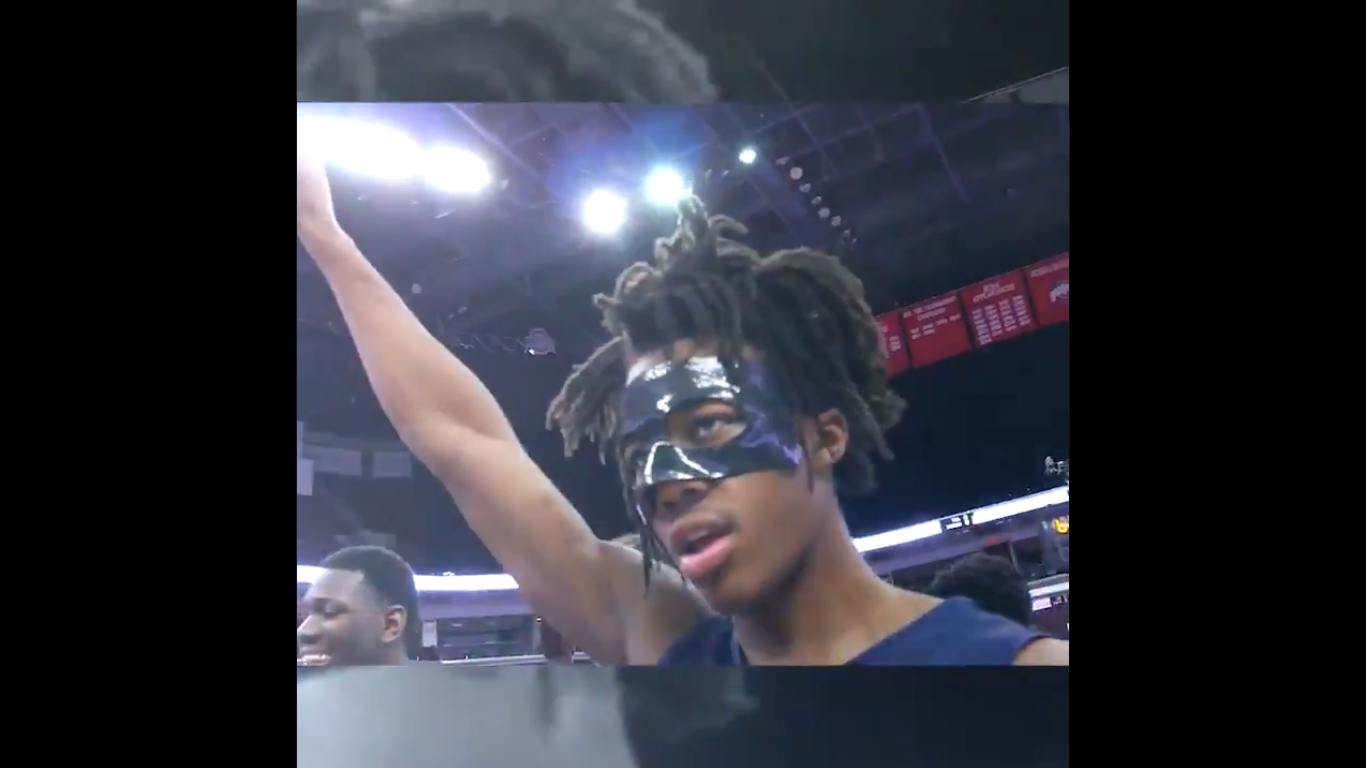 Stylish aspects aside, hopefully it does the job of protecting Dosunmu’s nose without impeding his ability to play at a high level. It will be interesting to see if he sticks with the mask the entire way or decides to shed it if it becomes a nuisance.

While Illinois has to be ecstatic to get Dosunmu back for the season finale against Ohio State, the Illini weathered the storm without him. Since the loss to Michigan State, Illinois is 3-0 with wins against Nebraska, Wisconsin, and Michigan. Can Dosunmu and company ride a four-game winning streak into the B1G Tournament?