Illinois running back Mike Epstein has penned a farewell letter to the school, fans, teammates and coaches. He released his message in a social media post on Monday afternoon.

Epstein spent 5 years at Illinois, where he proved to be an outstanding player when healthy. Unfortunately, the running back’s career in Champaign was hindered by injuries.

Because of injuries and the COVID-19 waiver, Epstein could’ve have decided to return to Illinois for at least one more season of eligibility. He was eligible for a redshirt season in both 2019 and 2021. He could potentially receive a medical waiver from the NCAA, too.

Per 247Sports, Epstein has not entered his name into the transfer portal at this time. Below is the tweet Epstein sent out on Monday: 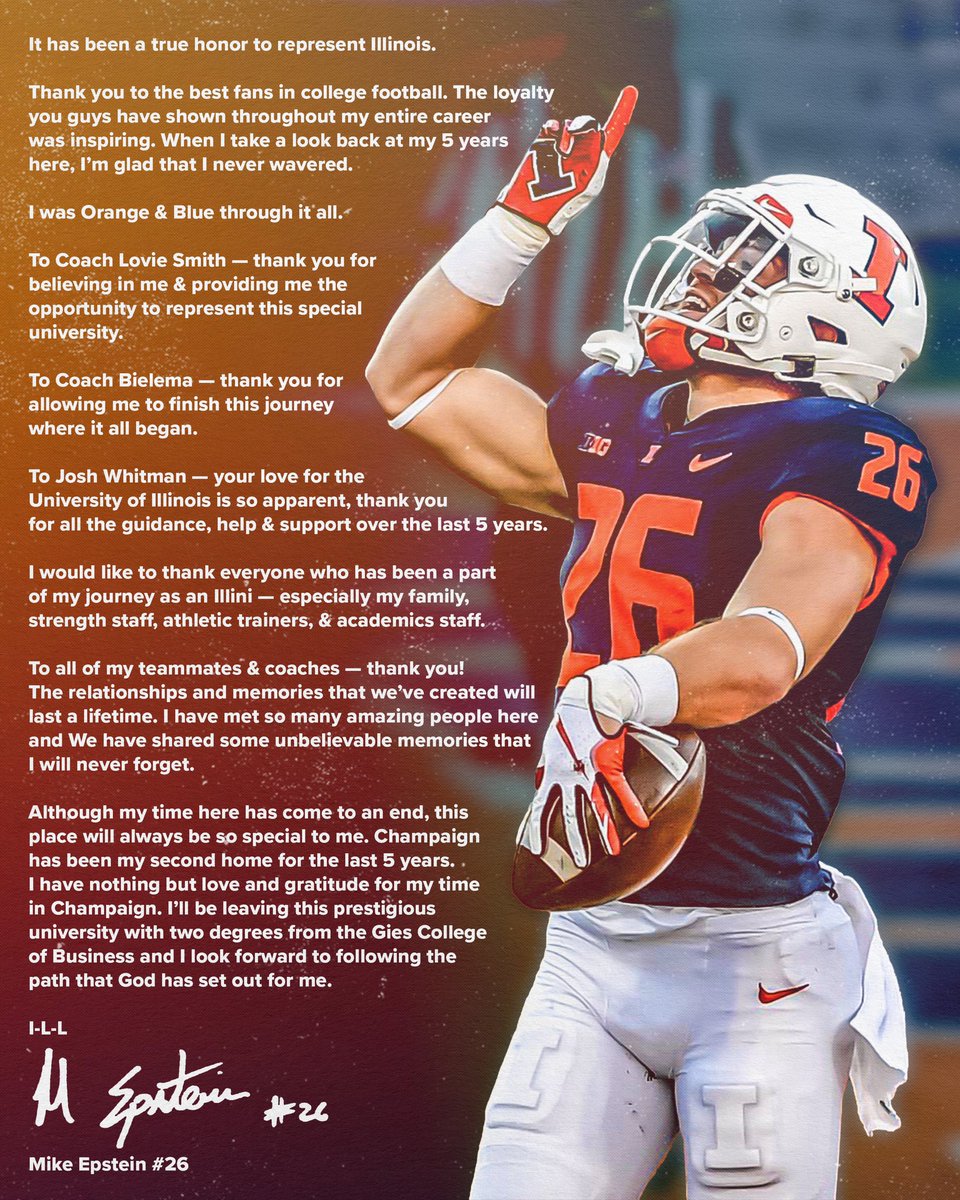 Epstein appeared in 23 career games for the Fighting Illini but never played a complete season. Still, the running back piled up 1,276 yards and 11 touchdowns on the ground when he was on the field. He was also responsible for 180 yards and a touchdown on 18 catches.