Every coach in America strives for those first two things. The third thing is the byproduct of accomplishing those goals. That’s what earned Kevin Wilson his first college head coaching job after serving as an assistant for 20 years.

At Indiana, Wilson took the program to places it hadn’t been in a quarter century. Consecutive bowl berths was a noteworthy achievement for a team that had experienced the postseason once in the 21st century. Wilson was the mastermind, but he couldn’t have done it without the likes of offensive line coach/co-offensive coordinator Greg Frey and running backs coach Deland McCullough.

Everyone learned how important Frey and McCullough were to IU’s success. They produced multiple All-Americans and high NFL draft picks. At Indiana.

When Allen took over in the wake of Wilson’s player abuse scandal, keeping those two guys on board was viewed as a major victory. But as Allen found out all too quickly, that just made Frey and McCullough even more enticing options for some of the nation’s powerhouses. 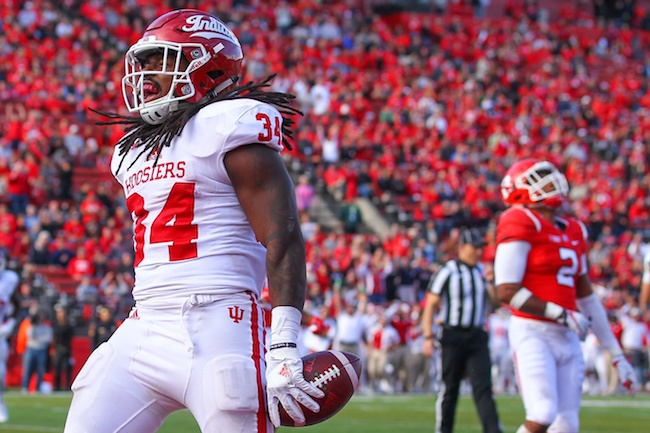 This is unfamiliar territory for Indiana. IU could’ve been staring at this reality regardless of Wilson’s sudden “resignation.” The timing, while inconvenient for Allen, actually makes perfect sense.

When you consistently miss the postseason as a Power Five team, you’re obviously more likely to get fired than you are to be pursued by blue blood programs. There are coaches on losing teams that get promoted, but for the most part, no top-tier program is picking apart the staff of a cellar dweller.

About 18 months ago, Frey and McCullough were in jeopardy of becoming casualties. If IU lost one of those final two games and missed a bowl in 2015, Wilson’s firing would’ve been imminent. It didn’t matter that Frey was a Broyles Award nominee that year or that McCullough had just coached two of the best backs in the country in Tevin Coleman and Jordan Howard.

Who knows what would’ve happened? They could’ve still landed on their feet, but that wasn’t a guarantee. It’s never a good look to get fired.

Their next 18 months, however, all but guaranteed that they’d have powerhouse suitors knocking on their doors.

Dan Feeney and Devine Redding continued IU’s pipeline of dominant offensive linemen/running backs. The fact that IU earned back-to-back bowl berths was big, as was what happened in the NFL.

All-American tackle Jason Spriggs was a second-round draft pick, Coleman had a breakout sophomore season for the NFC champs and Howard was second in the NFL in rushing as a rookie.

IU’s NFL success in 2016-17 was obviously a major résumé-booster. And if you’re McCullough, why wouldn’t you want to play that up on social media?

That combination — playing in the postseason and producing legitimate NFL talent — is money in the bank for an assistant coach. The best programs deal with staff departures every year. Urban Meyer and Nick Saban both just lost essentially their entire offensive staffs. It comes with the territory.

Ironically enough, Meyer’s hire of Wilson as his co-offensive coordinator was even more validation of IU’s success. Tim Beckman was essentially fired for the same reason at Illinois and he can’t even get a paying job in college football. Meyer was willing to take on whatever baggage Wilson had from his fallout because he turned IU into an offensive juggernaut.

After decades of futility, IU finally had pieces that the big boys wanted. That’s a good thing.

In today’s era of college football, winning doesn’t produce staff stability. More times than not, it produces turnover. Now, the Hoosiers have to deal with that reality and survive it.

That’s proof that IU is doing something right.