The latest comments from Brad Stevens regarding the open job at Indiana might be enough for everyone to quiet down the rumors. The Boston Celtics head coach had a long answer as to why he’s not interested in leaving the NBA for Bloomington.

Stevens has been asked about his interest in taking the job at Indiana, which recently became available when Archie Miller was fired following a 12-15 season. During a radio interview earlier this week, the former Butler leader simply said, “I am not” interested in taking the job.

But the conversation didn’t end there. Once again, Stevens was asked at the end of the week about any interest in coaching the Hoosiers. This time, his answer was much more complete. 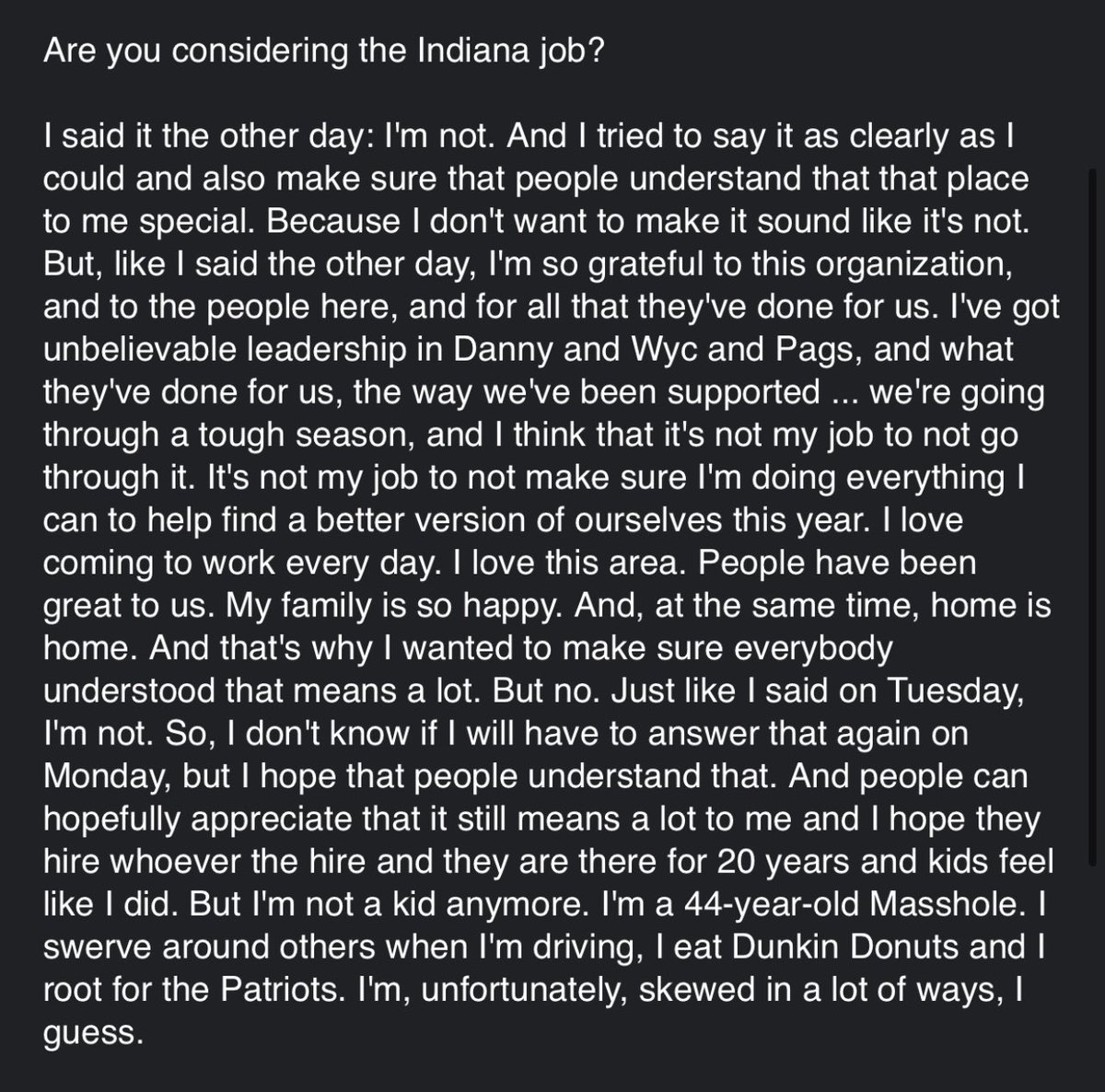 Many have believed Stevens would be an excellent candidate to fill the vacancy at IU. He’s a native of the Indianapolis area and coached Butler to back-to-back national championship appearances in 2010 and 2011 before eventually taking the job with the Celtics in 2013.

But it doesn’t appear to be happening. At least this time.