Indiana athletic director Scott Dolson has released a statement, confirming that the school is moving on from Archie Miller as the head basketball coach.

On Monday, Stadium’s Jeff Goodman reported that Indiana was terminating Miller after four seasons with the program. His buyout was $10 million. Shortly after the report, Dolson released a statement regarding the move.

The Hoosiers finished the season with a 12-15 record and were 7-12 in B1G play. The season ended for IU following a B1G Tournament loss to Rutgers.

Miller was 67-56 as the head coach at Indiana but never led the Hoosiers to the NCAA Tournament or posted a winning record in conference play. The only postseason appearance was a trip to the NIT in 2019.

Below is the statement from Dolson: 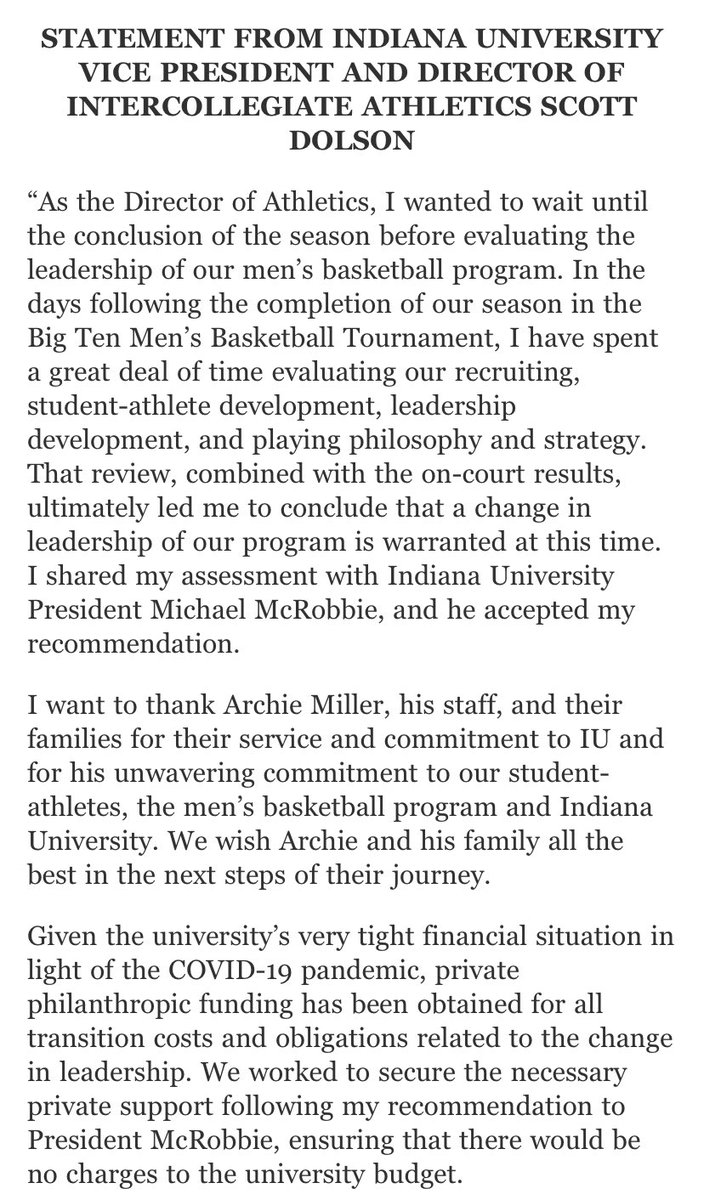 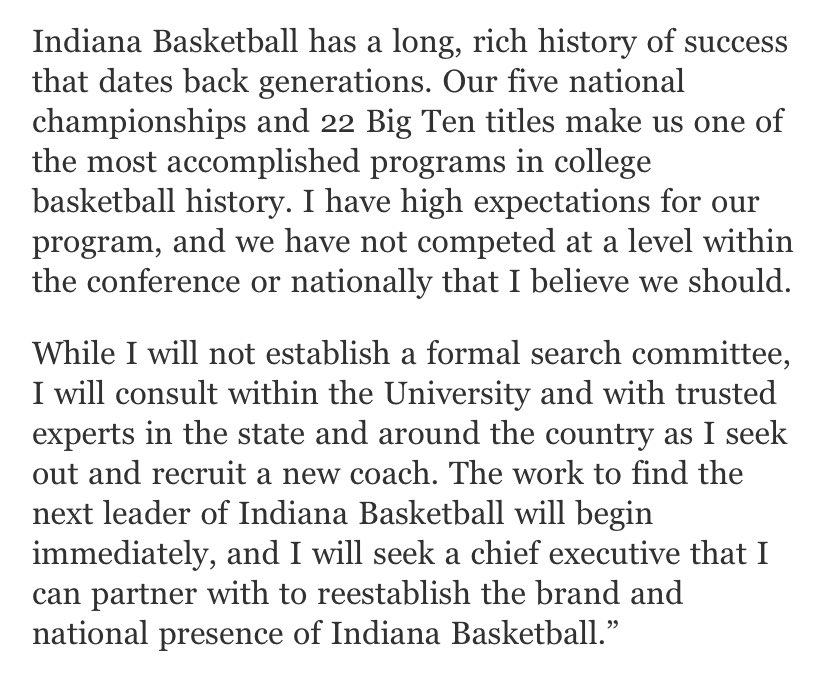