Watch them run and that’s clear. They each approached the game differently.

In a spot where Coleman might’ve tried to use his speed to get around a defender and explode upfield, Howard was more likely to lower his shoulder while Redding would juke or even hurdle his way through.

All used their own style to become productive college tailbacks. Some might debate who the best Indiana running back was during that three-year stretch. All three of them rushed for 1,000 yards in their final seasons and left Bloomington a year early for the NFL.

There’s no debating, however, that Redding was the best hurdler of the bunch.

“Yeah, you can put it like that,” Redding said with a laugh.

But there’s something Coleman and Howard have that Redding wants more than anything — NFL success.

Coleman and Howard both accomplished the hard part already. That is, they both proved their pre-draft skeptics wrong by carving out key roles for their respective NFL teams. Redding is confident he can follow in their footsteps again.

“I have a leeway just because of them. I feel like I can go in and do the same thing,” Redding told Saturday Tradition. “We all ran behind the same line, we all had the same offense, the same coach. It was really all up to us to produce and that’s what we all did.” 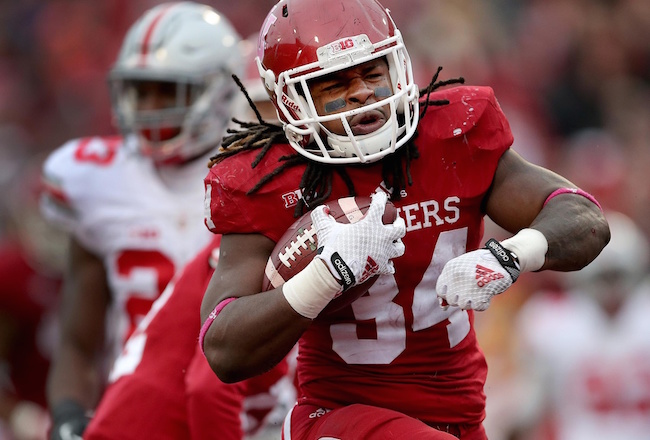 Redding’s path is not paved simply because the two guys he backed up in college found NFL success. Will it be a nice association to have in the late rounds on Saturday? Absolutely, but it isn’t everything.

Indiana won’t be dubbed “RBU” until several more Reddings, Colemans and Howards come through Bloomington. Before that trio began its rise in 2014, Indiana running backs didn’t have any such reputation in the NFL.

The Hoosiers went 18 years without having a running back drafted. Before Coleman was selected in the third round in 2015, it had been 23 years since IU had a tailback drafted earlier than the sixth round. Anthony Thompson, the guy considered to be the greatest running back in Indiana history, only played four seasons in the NFL after he was drafted No. 31 overall in 1990.

When Redding arrived at IU in 2014, he knew he wasn’t attending a running back powerhouse. The Youngstown, Ohio native came to Bloomington in hopes of starting a new trend. Little did the three-star recruit know that he would back up a pair of future legitimate NFL tailbacks and be expected to continue the pipeline.

“It’s real crazy,” Redding said. “But that’s how things get started. Once one thing goes, then next one goes. It’s kind of hard to stop.”

The role of former Indiana running backs coach Deland McCullough has been well-documented. Now that McCullough is at USC, Redding assumes the Trojans will start to crank out 1,000-yard rushers and NFL tailbacks like Indiana did the last three years.

McCullough didn’t have any secret sauce and he didn’t use a “system back.” His ability to motivate — coupled with some dominant offensive line play — was why IU maximized the potential of tailbacks of different shapes and sizes.

“(Coach McCullough) really fine-tuned us,” Redding said. “He got us all running downhill, all catching pretty well, pass-blocking very good. 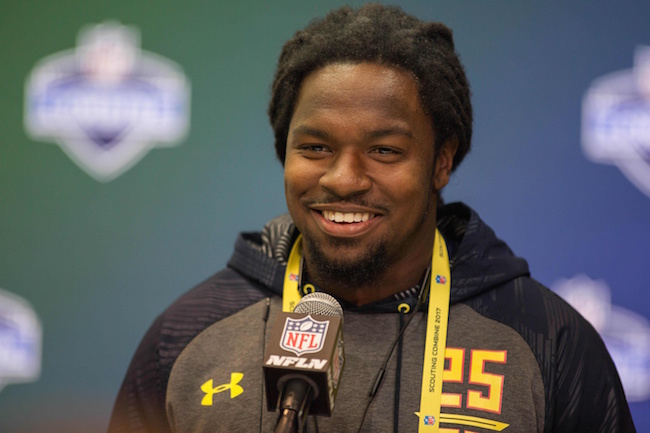 That’s why after just three years in school, the lightly-recruited Redding felt he was ready for the NFL. Despite some pre-draft ups and downs, he didn’t regret that decision.

At the NFL Scouting Combine in Indianapolis, Redding ran an underwhelming 4.78 40-yard dash. He chalked that up to the unfamiliar territory and his inability to set his feet the way he wanted to. A month later, Redding redeemed himself with a 4.5 40-yard dash at IU’s pro day.

The biggest question surrounding Redding was similar to the one Coleman and Howard faced as prospects. Is he really a game-changing back or was his production just the result of playing in an effective zone scheme?

Coleman and Howard both showed not only they were system-proof, but also that they were reliable pass-catching options out of the backfield. Redding wouldn’t mind doing the same thing, regardless of how many backs are ahead of him on the depth chart.

Even if he isn’t drafted to get 20-25 touches per game, Redding still made his conditioning a top priority during the pre-draft process. He spent a couple months at the Applied Science and Performance Institute (ASPI) in Tampa, Fla. Redding also worked out in Bloomington ahead of the pro day.

But this weekend, he’ll be back in Youngstown with his family for the draft. Redding knows that if he hears his name called, it likely won’t be until Saturday. That’s not a problem.

After all, he saw what happened the last two years when NFL teams slept on Indiana running backs.

“I’m gonna be just like Jordan and Tevin,” Redding said. “Once I get that opportunity, I’m gonna take advantage of it.”