Iowa football went through some lean years in the early 2010s, but the program has bounced back nicely in the past few seasons. The memorable 12-0 start in 2015, leading the Hawkeyes to the Big Ten championship game, did not portend a long spell atop the league’s West Division. Still, as evidenced in last year’s stunning 55-24 victory over Ohio State, Iowa is still plenty dangerous when coach Kirk Ferentz and Co. can put all the pieces together.

And a lot of pieces seem to fit together in Iowa City entering the 2018 season.

A quarterback on the rise, a preseason All-American tight end in Noah Fant and a coach who always seems to find a way to get it done all combine to make Iowa one of the most intriguing teams in the B1G.

This is part of a continuing series; we previously highlighted Wisconsin, Ohio State, Michigan State and Michigan. Here are 5 reasons Iowa can win the B1G:

The junior quarterback put his stamp on the 2017 Big Ten season — and perhaps changed the fate of the College Football Playoff — with a tremendous 226-yard, five-touchdown performance last year in tht big win against Ohio State. Fox Sports TV analyst Colin Cowherd has high praise for Stanley, rating him among the nation’s best, but Stanley definitely will have to prove it. He’ll have a chance early in the season; rival Iowa State pops up in Week 2 and the Hawkeyes host Wisconsin on Sept. 22 in the league opener for both teams. 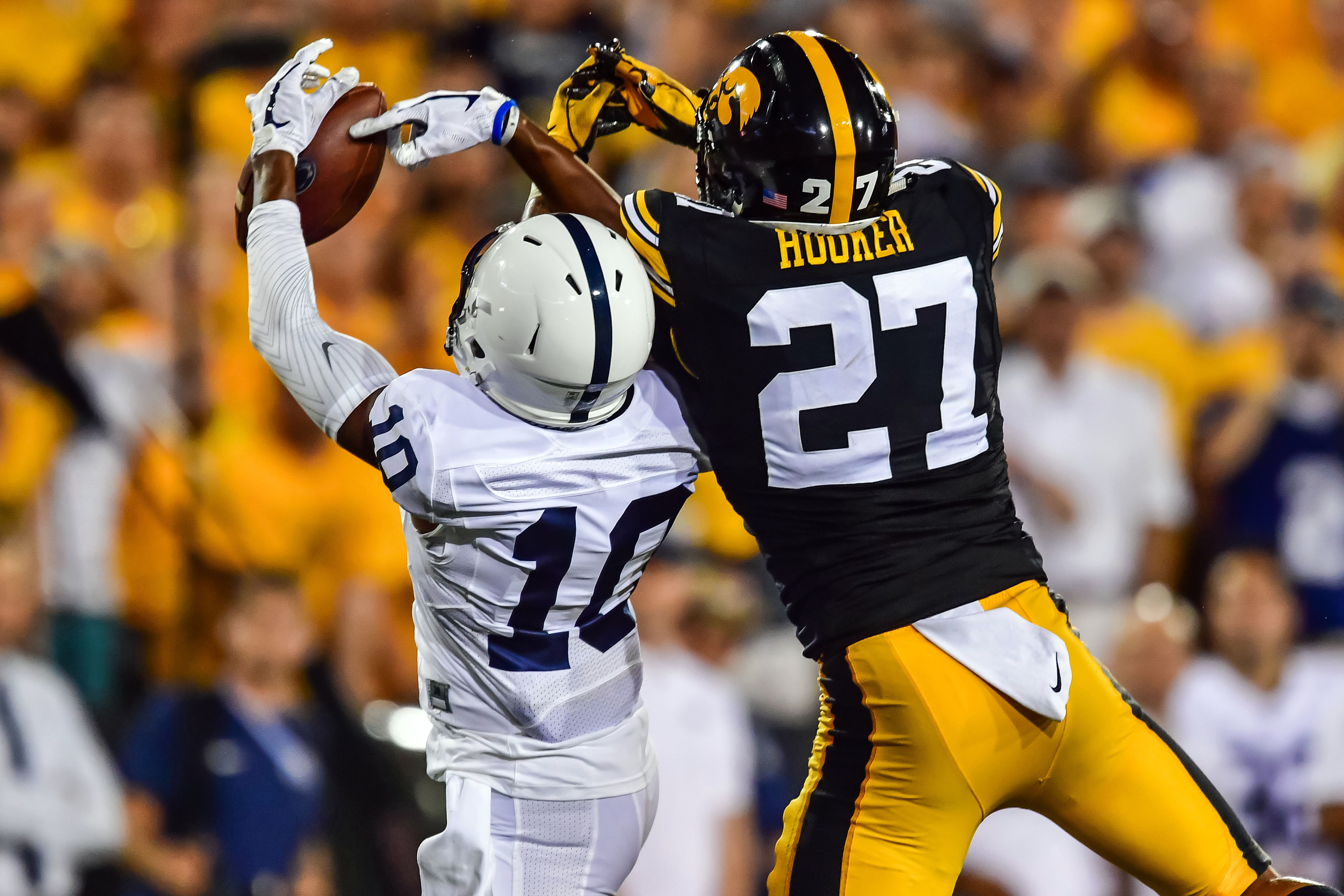 New blood in the secondary

Safety Amani Hooker, above, sparked the upset over the Buckeyes last fall, returning an interception for a touchdown on the first play of the game. Hooker is back to lead a young secondary which has, at the very least, been clicking off the field heading into the season.

In 2015, when Iowa went 12-2 and nearly made the CFP, the Hawkeyes were 19th in the FBS in scoring defense. They were 61st in passing defense and 15th against the run, but somehow the whole was better than the sum of the parts. Last year was pretty similar. Iowa was 42nd in the country against the run and 50th in passing defense, but the overall result was pretty good as Iowa was 17th in scoring defense, allowing 19.9 points a game. This kind of philosophy seems to have produced results. 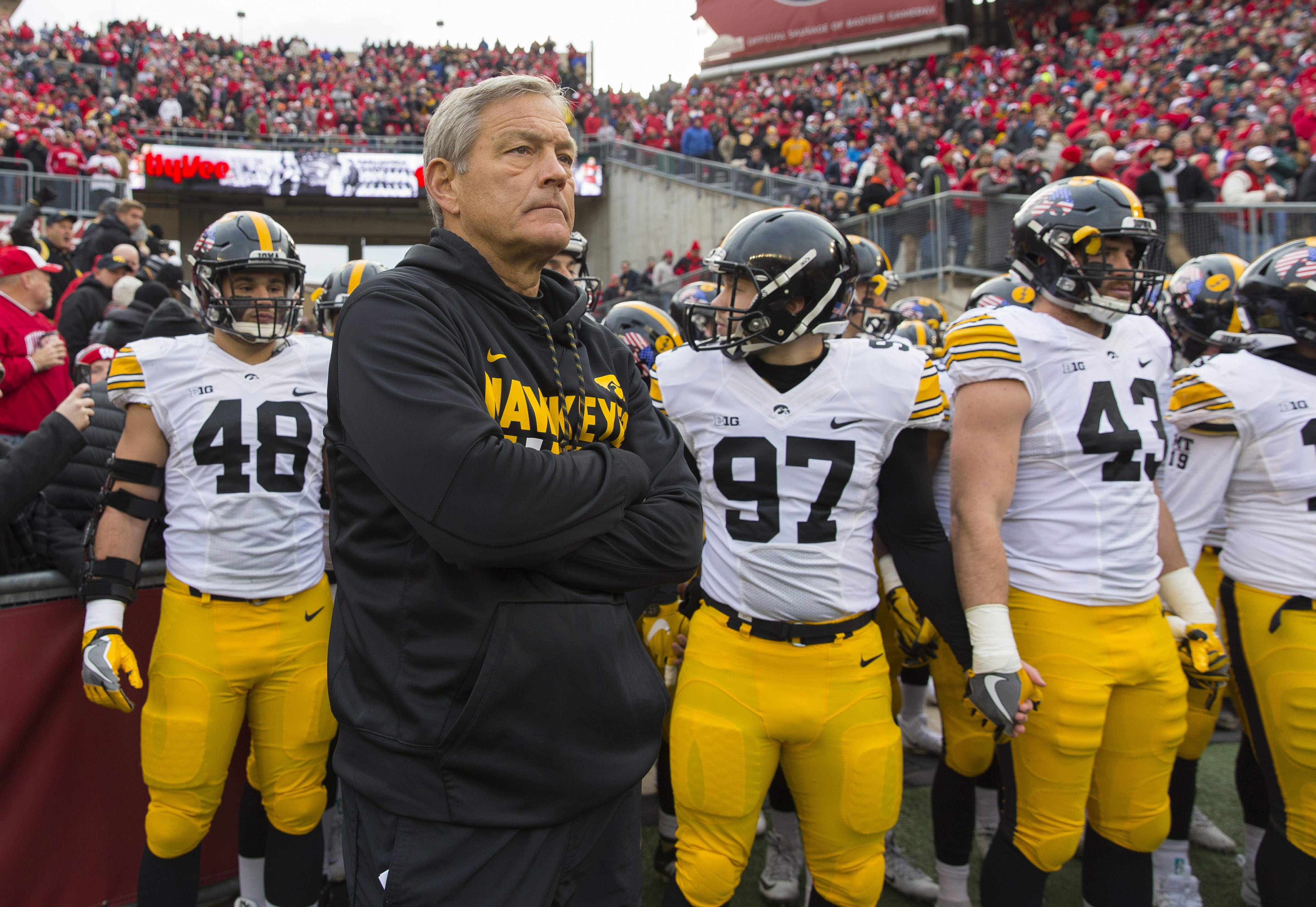 Mr. Steady on the sidelines

We wrote that part of Michigan State’s success in recent years has been in its staff stability under Mark Dantonio. The same is true in Iowa City, perhaps even more so. Ferentz enters his 20th season as the head coach of the Hawkeyes and needs just one win to break a tie with the legendary Hayden Fry for the most victories in school history. Both Ferentz and his predecessor are sitting on 143. Imagine, Iowa has had just two head coaches in 40 years. There isn’t another program in the country that can say that, now that newcomer Willie Taggart has become Florida State’s third coach since 1976.

As we mentioned, West Division favorite Wisconsin has to visit Iowa City to start the league campaign. That’s not the only thing that breaks Iowa’s way where the schedule is concerned. The Hawkeyes miss Ohio State, Michigan and Michigan State, and they host West rivals Northwestern and Nebraska. Aside from a trip to Penn State, the schedule is very manageable.

Jim Tomlin
Longtime newspaper veteran Jim Tomlin is a writer and editor for saturdaytradition.com and saturdaydownsouth.com.