Even though B1G commissioner Kevin Warren provided an update on the conference’s decision to postpone the football season and other fall sports, the parents of Iowa football players still aren’t on board with a decision. On Thursday, they drafted their own response.

Scott Dochterman of The Athletic shared the message that Iowa parents have drafted in response to Warren’s two-page document sent to the “B1G community” Wednesday night.

Iowa’s parents have been very vocal about the B1G reversing its decision. It is one of a handful of parents of B1G schools to deliver a letter to the B1G office, along with Ohio State, Nebraska, Penn State, Michigan and Illinois. 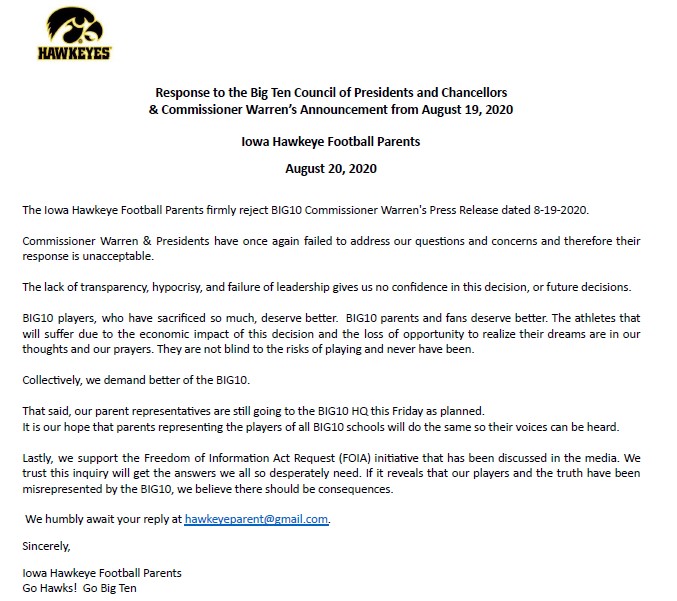 Parents of Iowa football players are still planning to protest the B1G’s decision in Chicago on Friday. That movement has been led by Randy Wade, the father of Ohio State cornerback Shaun Wade.

Clearly, parents still aren’t getting the answers they want.