Iowa fans curious about what the depth chart will look like this fall can get a head start on their evaluations.

On Monday, as the Hawkeyes prepare to begin spring practice, the team released its current depth chart. Obviously, we’re still five months from kickoff and a lot can change between now and that season opener against Indiana.

But it’s always interesting to get an idea of what things look like and where players stand early in the process. Here’s a look at the depth chart that was released on Monday and shared by Rivals.com’s Blair Sanderson: 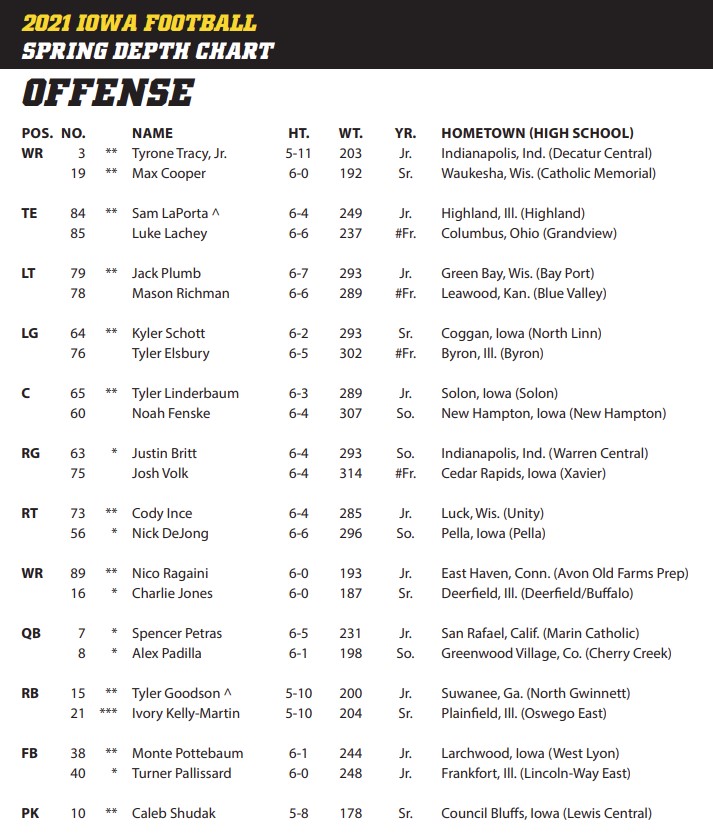 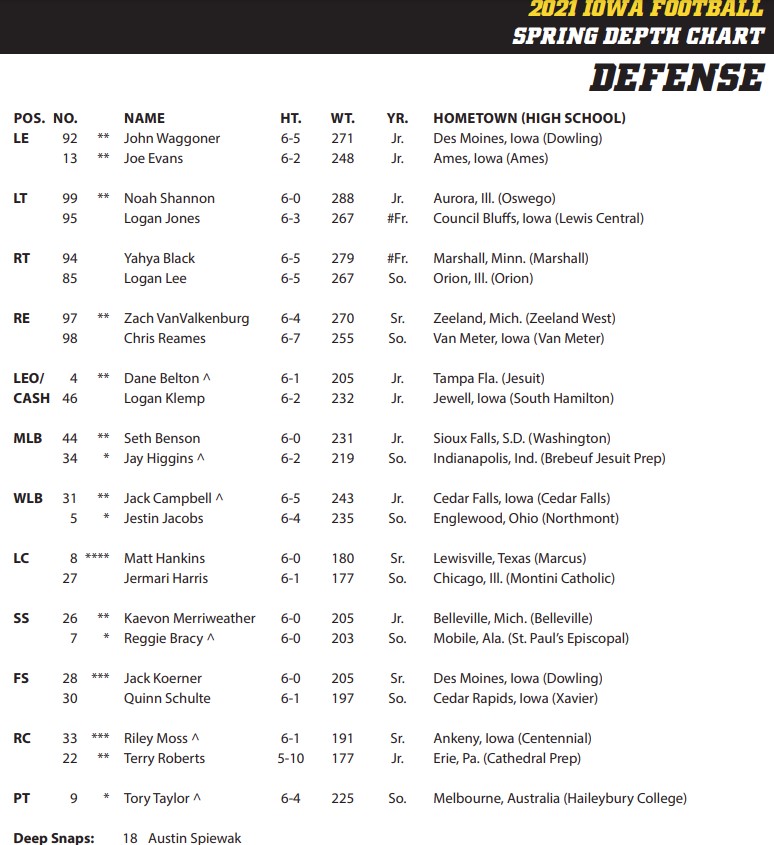 Iowa is coming off a 6-2 season in 2020, dropping its first two games before winning the final six. It will enter the college football season with the longest current win streak of any team in the B1G.

The Hawkeyes also had a stellar year in 2019, finishing with a 10-3 record. Neither of those seasons resulted in a B1G West title, though, and that will again be the goal for Kirk Ferentz’s team in 2021.