The parents of Iowa football players are speaking up about the 2020 college football season, and want to see their sons have the opportunity to play this fall.

Late Sunday, the parents of Iowa football student-athletes joined together to send out a message to the college football community, saying that they felt comfortable with school’s policies and protocols to move forward with a season. It was the second group of parents in the B1G to release a statement, following in Ohio State’s footsteps.

Below is the full statement that was sent out from the parents of Iowa’s football team: 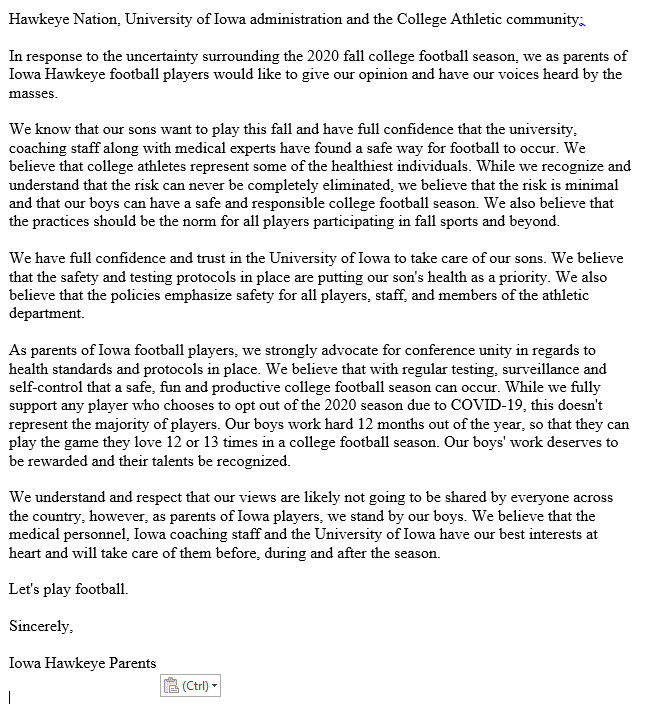 Over the weekend, there’s been a massive movement among players to host the 2020 college football season. Players from Ohio State, Penn State, Nebraska, Iowa and others have voiced their opinions, saying they feel comfortable enough to play.