Washington D.C. native Lavonte Gater has the honor of being the first Maryland commitment for the 2019 recruiting cycle. Gater announced his commitment Wednesday afternoon.

Rated as a three-star prospect by 247Sports, Gater currently holds scholarship offers from Rutgers, Toledo, and Temple. The 5-foot-11, 170-pound prospect is the No. 87 athlete in the nation.

Here are the comments Gater released to announce his commitment: 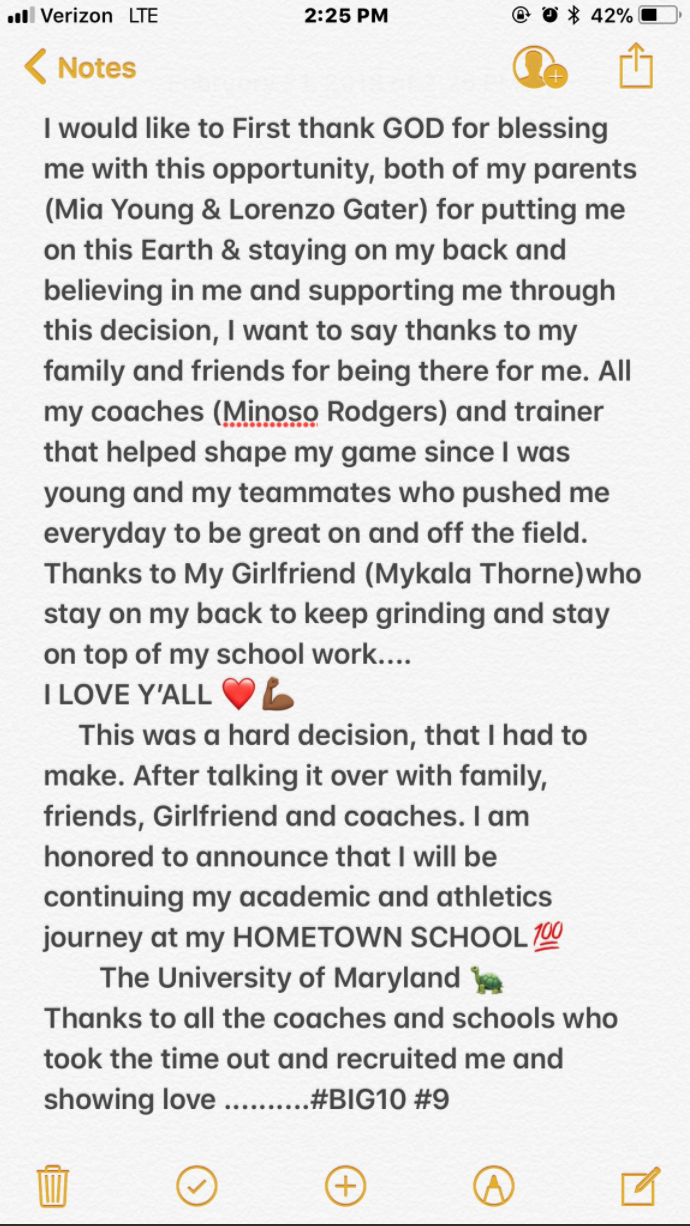 Based on his junior season highlight reel, Maryland could be gaining an explosive athlete in the near future.