Quietly, Maryland has chance to make loud statement vs. Rutgers

I saw the preseason bowl projections that featured Maryland and questioned how in the world the Terps were going to get to six wins. That wasn’t to say I doubted the long-term ability of D.J. Durkin. But did I think the Terps would finish the season in a bowl? Absolutely not.

Could you blame me? I saw a team that lost three NFL defenders, had a first-year coach, played two non-conference road games and played in the B1G East. Those usually don’t add up to “bounce-back year.”

But despite a rough few weeks, that’s exactly what it’s been for Maryland. The Terps are a Rutgers victory from doubling their 2015 win total and extending the season.

On top of that, Maryland can erase the notion that it’s on the same level as Rutgers. 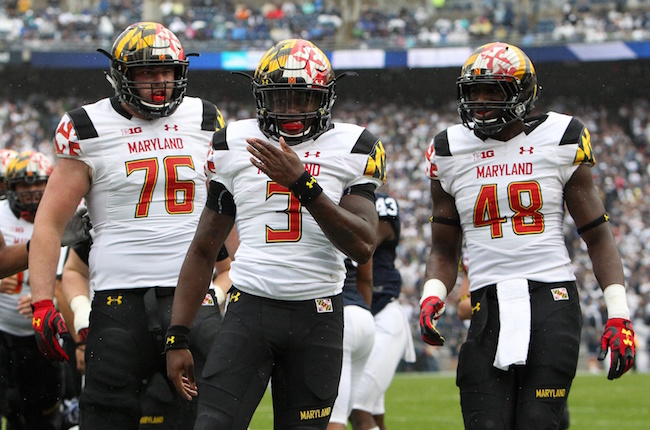 Chances are, the world will not be watching Maryland and Rutgers on Saturday. The bigger draw within the conference is obviously Michigan-Ohio State. Nationally speaking, other rivalry games will generate more interest.

But Durkin knows how crucial Saturday is, no matter how many people are watching.

In terms of a progression outlook, a loss would mean that Maryland missed a bowl after starting 4-0. A young team with a first-year head coach is supposed to be playing its best at the end of the season, not at the beginning.

Has that been the case for Maryland? That’s debatable, but clinch a bowl berth and nobody is taking about the fact that the Terps dropped six of their last seven B1G games by an average of 31 points. Non-bowl teams are all treated equal. If a Power Five team can’t win six games, it’s simply not good.

By clinching a bowl berth, the benefits are obvious. Durkin can point to actual strides he made without a ton of talent in his first year, which only legitimizes his vision to recruits.

There’s also a narrative Durkin can begin to shred in the recruiting world. Because of their coinciding moves to join the B1G, Maryland and Rutgers are grouped together. The Terps don’t want that at all. Sure, both teams were pummeled by the B1G East powers, but if Maryland rolls past Rutgers, it begins to distance itself from its B1G equal.

If this year’s game is even close, it’ll be a letdown for the Terps. 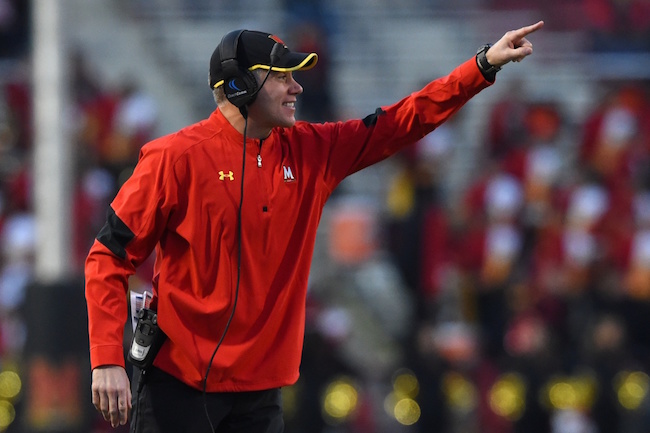 Durkin knew when he took this job that Maryland’s national brand needed a facelift. Maryland can have all the Under Armour money in the world, but if it doesn’t get to bowls, it’s all for naught. The bowl system might be oversaturated, but for a program like Maryland, it’s big. The money, the eyeballs, the chance to play in front of a national audience…it’s huge.

Getting to a bowl game would present the Terps a chance to play on national TV and not get pounded into oblivion. And chances are, Maryland would be either the only game or one of the only games on TV. That’s key for a brand that still needs building.

Durkin talked about the benefits of getting his group an extra month of practice with assistants to develop. For a young team, that’s a nice bonus. Durkin understands the on and off-the-field benefits his team would reap.

Durkin is determined to show the world that the Terps are a program on the rise. Nobody will change their opinion of a team because it beats Rutgers at home.

But with one more win, rebuilding becomes building. And from the look of it, Durkin doesn’t appear to be slowing down anytime soon.