There was a feeling heading into last Saturday that the Michigan and Ohio State game would essentially eliminate a College Football Playoff contender.

The feeling after Tuesday night is not that at all.

Michigan, despite the fact that it will be a two-loss team without a conference title, is alive for the College Football Playoff. And no, that isn’t just based on what Kirk Herbstreit said, though he did make an interesting point.

By keeping Michigan at No. 5, the selection committee simply delayed the decision that it’ll have to make on Sunday. The Wolverines are still ahead of the B1G Championship teams — both of which Michigan beat — which means that the door is still open for them to make the College Football Playoff. 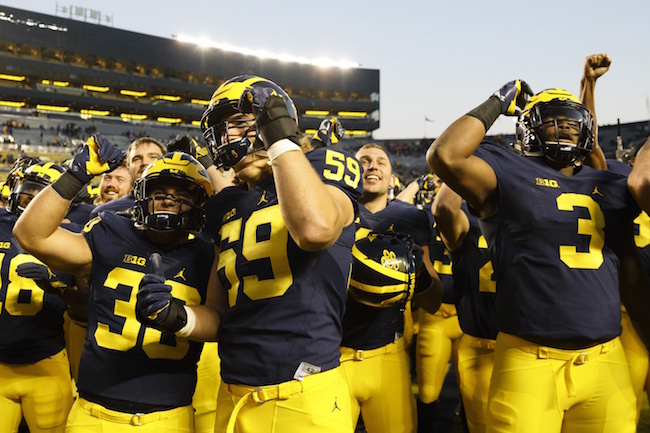 Michigan, let’s be clear, needs some help to pull this off and get into the field.

Let’s start off in the B1G Championship, where either way, Michigan will have the head-to-head against the winner. Even though Penn State was down five defensive starters, it was still a blowout loss in Ann Arbor. With the same number of losses, the Lions don’t appear to be going to the College Football Playoff by squeaking out a win in Indianapolis.

Penn State or Wisconsin, for it to have any sort of advantage against Michigan that outweighs head-to-head, needs a dominant victory. I’m talking by like 30 or 40 points. That’s the best way to make a case to the committee.

RELATED: Herbstreit: Both Ohio State and Michigan make CFP if one thing happens

But let’s back up for a second, because much of this is hinged on if Colorado beats Washington in the Pac-12 title game on Friday night.

It’d be hard to see two-loss Michigan jumping one-loss Washington if it wins a conference title game. With that in mind, Michigan should be cheering like crazy for the Buffs to just get past the Huskies. If that happens, Michigan is still sitting there as a two-loss team with head-to-head advantages against two-loss Colorado, two-loss Penn State and two-loss Wisconsin.

On top of that, none of those teams have three top-10 wins. Michigan does, and most importantly, one of them was as close as possible at the No. 2 team in the country.

Michigan, above all else, wants close conference title games this weekend. Nothing impresses the selection committee more than a dominant conference title victory on a neutral field. Just ask Ohio State. 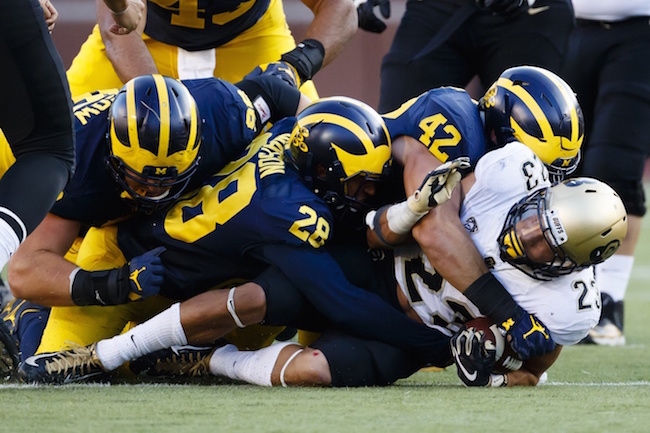 It gets interesting if Clemson falls to Virginia Tech in the ACC Championship, though that’s the less-likely scenario. That, of course, would also help Michigan. It would actually help Penn State and Wisconsin, too. That would set up basically a lock for the B1G to get a second team in.

This is all assuming that the only locks are Alabama and Ohio State. Based on how much the selection committee values their résumés, they both look like they’re getting in. CFP selection committee chairman Kirby Hocutt still views OSU’s and PSU’s résumés as “far apart,” which won’t change if the Lions beat No. 6 for a conference title.

The reality is, there’s still so much unknown heading into the weekend. We can try and gauge all the information possible from these selection shows, but they’re only for entertainment purposes. The selection committee would’ve taken all of the suspense out of it by putting Michigan behind Penn State and Wisconsin.

Now, this weekend is an unknown. Three of the four B1G and Pac-12 conference title game teams have no idea if a win will get them into the playoff.

Meanwhile, Michigan and Ohio State are sitting at home with their résumés locked in. More importantly, they aren’t at risk of another loss.

Michigan will pray that the committee ignores the fact that it lost two November games. The Wolverines will hope that the B1G Championship game makes people believe the conference’s two best teams aren’t in Indianapolis.

And maybe, just maybe, the selection committee will fully open the door for Michigan on Sunday.