Erick All is officially in the transfer portal as of Monday. The news came as a shock to Michigan fans.

Something else happened shortly after that was even more interesting. Illinois HC Bret Bielema retweeted All’s tweet about the decision to transfer. Could Bielema be making a play for All to come to Champaign? 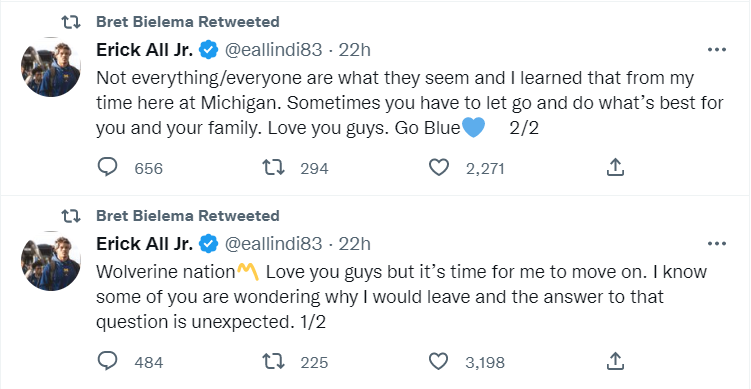 All played in three games for Michigan this season before having his season ending by an undisclosed injury. It’s pretty unusual for a coach in the same conference to be retweeting a post like this. The former Michigan TE hinted that not everything was as it seemed in Ann Arbor.

While Illinois didn’t quite have the success Michigan did this season, some change of scenery might do All some good. The Fighting Illini stumbled towards the end of the year and finished with an 8-4 record.

Nothing may come out of this interaction on Twitter, but stay tuned for more updates on it.