The parents of Michigan football players are the latest to draft a letter to send to the B1G office. They, too, are calling on commissioner Kevin Warren, University of Michigan President Mark Schlissel and other B1G presidents to reverse course on the cancellation of fall football.

Last Tuesday, the B1G made the decision to call off football this fall due to the COVID-19 pandemic. While the move can be understandable, Warren and the presidents involved in the voting process have provided very little reasoning or explanation behind the decision. And it’s led to serious backlash.

Michigan becomes the fifth group of parents to send a letter to the league office. Parents of football players at Iowa, Ohio State, Penn State and Nebraska have also sent in a message to the B1G.

On Sunday, Ohio State quarterback Justin Fields launched a petition, urging the decision-makers in the conference to re-install the fall football schedule. It has received more than 200,000 signatures in 24 hours.

The parents of Michigan players — like those at other schools — are looking for an explanation behind the B1G’s decision, and asking the conference to reconsider its options. Below is the letter: 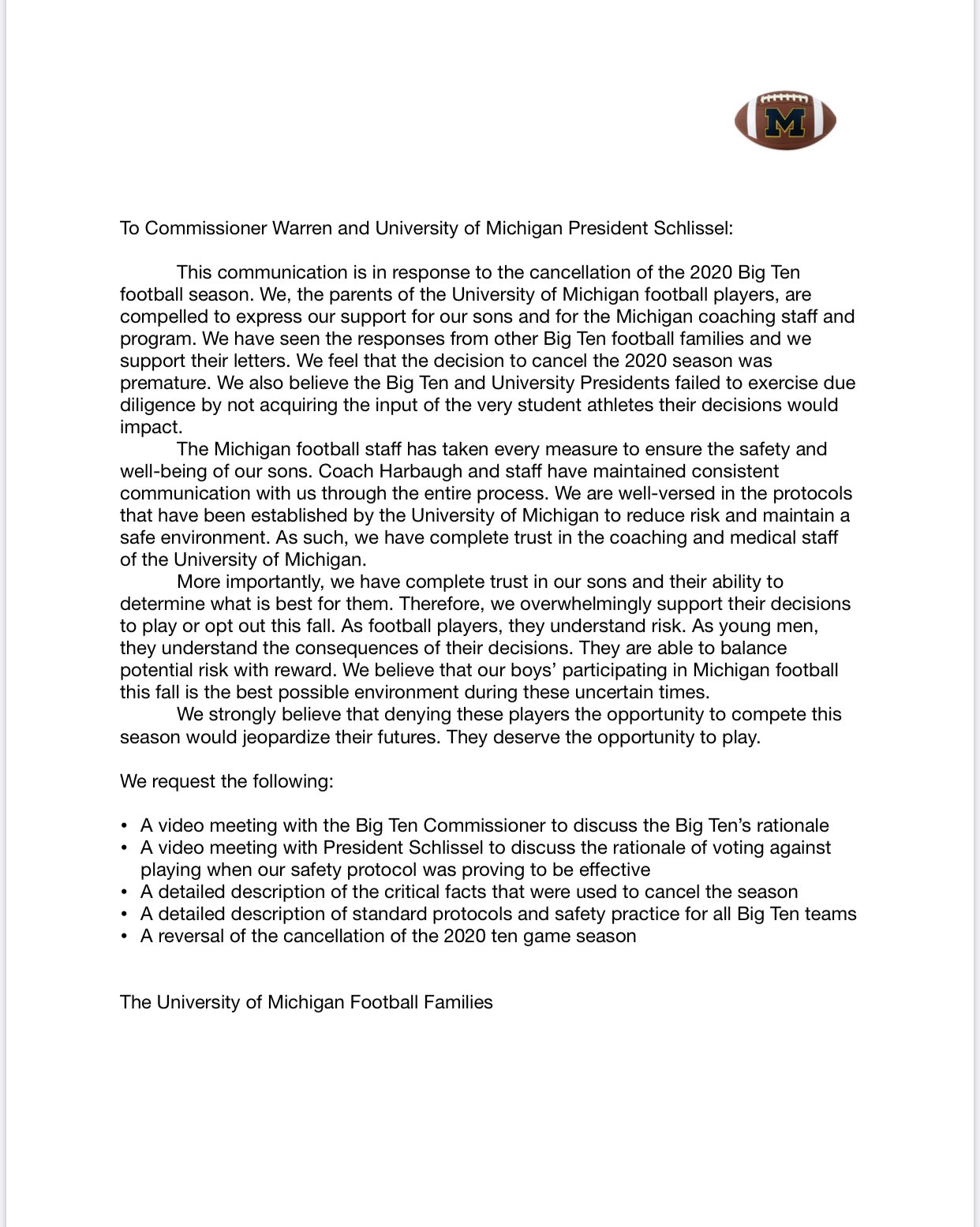