Ever since the Michigan Wolverines went with sophomore Brandon Peters at quarterback, their offense has flourished.

In the three games Peters has played or started in (against Rutgers, Minnesota, and Maryland), the Michigan offense has scored 35, 33, and 34 points respectively. And in those three games, Peters has yet to turnover the ball.

While Peters has been clean with the ball, which coach Jim Harbaugh describes as “doing all the right things”, the Wolverines haven’t asked much out of the young gunslinger. In each of those three games, Peters has only thrown a combined 45 pass attempts. Only 45!

Michigan ran 51 times for 334 yards in Peters first game action against Rutgers, and then the Wolverines followed that performance up with 371 rushing yards against Minnesota. Then last weekend against Maryland, Michigan ran for only 160 yards because the offense didn’t have to do much thanks to its defense. However, come this Saturday against the No. 5 Wisconsin Badgers, the No. 24 Wolverines will have to rely more on Peters arm if they want spoil Wisconsin’s perfect season.

Michigan’s Brandon Peters to Zach Gentry in Saturday’s win over Maryland… 120fps on the FS5. pic.twitter.com/AO5JipD9yP

Now, that does’t mean Michigan should ask Peters to sling the ball around 35 to 40 times throughout the 60 minute match-up. That is, unless things don’t go according to plan. However, the Wolverines will need Peters to throw the ball more than the average 15 pass attempts he is currently averaging per game.

On the season, Wisconsin possesses the nation’s No. 1 rushing defense (it is only allowing 81.5 yards per game) and total defense while allowing only three rushing touchdowns this year. Plus, the Badgers have racked up 35 sacks this year, tied for the third most in the country. So the odds of them getting gashed for 300 or more yards is a long shot.

While the saying “he just needs to keep doing his job” gets old, that is exactly what Michigan needs from Peters to leave Camp Randall with a victory.

Make the reads and throws necessary to keep the offense on schedule. That’s all Peters has to do. He has to be able to make reads quickly, he has to deliver the ball on time. A lot of the concepts and checks Michigan has given to Peters in recent weeks are simple, but effective if he’s reading and delivering.

With that, Peters will need to deliver enough to keep the Wisconsin defense honest. He will need to convert on third downs and make big plays. 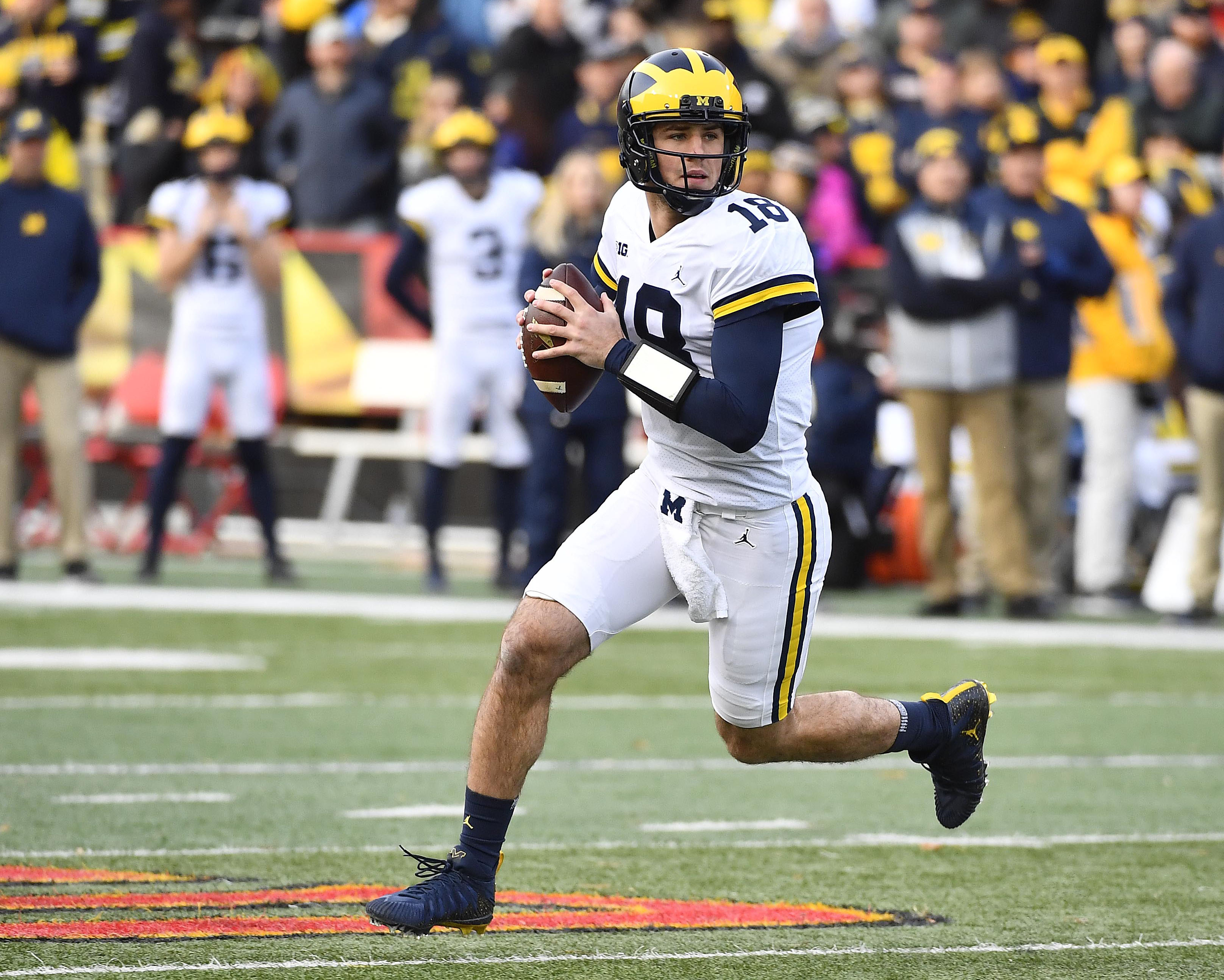 Although, Peters has handled being the starter well for the Wolverines, the Badgers’ pressure will be two or three notches higher than any other team he has played against. He hasn’t had to throw over a monstrous defensive line and four linebackers ready to pounce at any one time. So, help blocking will be key on Saturday. For example, if receivers can’t get open, they will need to turn into blockers because Peters going to need all the help he can get.

Peters will face his biggest challenge to date. Teams have yet to force to beat him through the air. He has only thrown for 329 yards and four touchdowns this season. So he will have to play his best game come Saturday against Wisconsin.

Now, that doesn’t mean he’ll need to throw for 300 yards and three touchdowns. But he has to make proper reads, deliver on what each play is designed to take and keep Michigan out of trouble.

Although Harbaugh may not know whether or not Peters will respond in a big moment against Wisconsin, but the sophomore hasn’t given his coach any reason to doubt him to this point.

“He’s playing the kind of football we like,” Harbaugh said. “He’s doing a heck of a job.”

While Peters hasn’t put any doubt in Harbaugh’s mind in terms of his play, it is plain and simple that against the Badgers, the Wolverines will need more of the quarterback’s arm to pull of a win.