After a fantastic freshman season at Michigan, Hunter Dickinson has made a decision on the NBA Draft.

Wednesday, Dickinson announced on Twitter that he has declared for the 2021 NBA Draft but will retain his college eligibility for the time being. He can still withdraw his name before the deadline and return to Michigan to continue his college career.

Dickinson posted a message regarding his decision on Twitter: 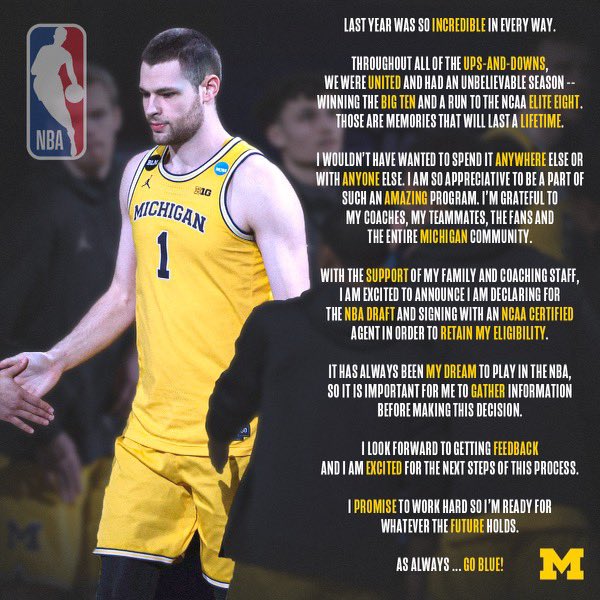 Dickinson, a 7-foot-1 center, was a second-team All-America selection, a first-team All-B1G pick and was named the B1G Freshman of the Year after his first season in Ann Arbor. He played in all 28 games with 23 starts, averaging 14.1 points per game to lead the team.

Dickinson scored in double figures in every game and averaged 7.4 rebounds per contest. He also was credited with 40 blocks, 25 assists and 9 steals in his first year with the Wolverines.

Thanks to his interior presence, Dickinson helped lead the Wolverines to a B1G regular season title and a trip to the Elite Eight of the NCAA Tournament.