Shane Morris stuck it out at Michigan.

But now, Morris is done holding a clipboard in Ann Arbor.

The former four-star recruit announced that he’ll leave Michigan in hopes of becoming a starter as a graduate transfer. 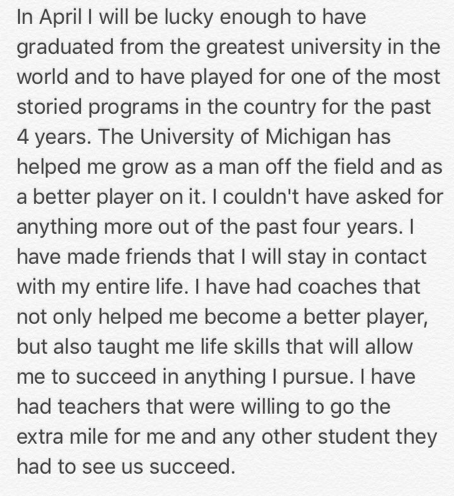 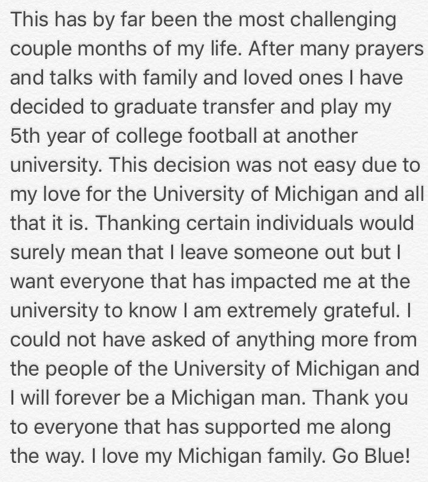 Morris will have a chance to play immediately as a graduate transfer. It remains to be seen what schools he’d be interested in.

The former top recruit in the state of Michigan in 2013, Morris never got a chance to hold on to the starting quarterback job. He played the most as a sophomore when he appeared in five games and threw for 128 yards.

Morris will have a chance to potentially provide a veteran presence to a program in need of a one-year starter in 2017.