Enigmas in college football are often enigmas for one reason — they’re next-level talent is debated endlessly.

One analyst says the guy is a first-round pick, and another says he won’t draft him. There doesn’t seem to be much middle ground on these enigmas, who often become enigmas because of their high-profile college careers.

Tim Tebow was the stereotypical enigma. Everyone had an opinion about his throwing motion and whether or not his style would translate in the NFL. Every argument for his prospects seemed to have one against it.

Christian Hackenberg was a similar case. Anonymous NFL sources claimed he should be undrafted. Others thought he was a first-round pick. It was a hot-button issue from the moment Hackenberg announced he was leaving Penn State early to, well, now.

Get ready for Jabrill Peppers to face the same kind of scrutiny. 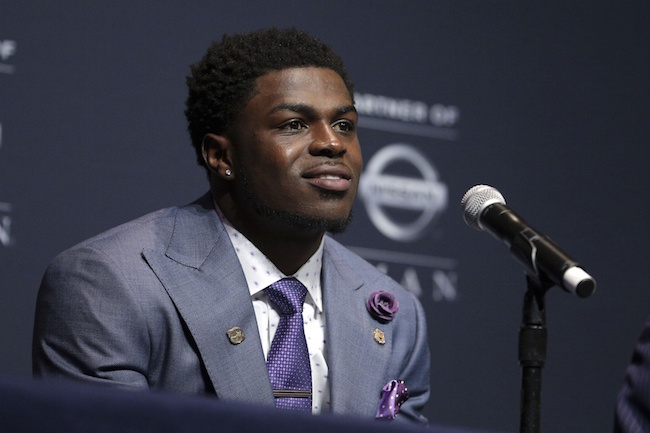 Obviously every prospect gets the runaround from NFL front offices. But Peppers is going to face a different kind of heat because there’s already been so much said and written about him since he got to Michigan.

Both Peppers and Hackenberg were highly-touted five-star recruits who were tasked with being saviors of traditional powers. Both dealt with immense pressure from the moment they stepped on campus. Both stuck with their respective programs after the coaches who recruited them left. Both players were hyped as future top-five picks before they were even eligible for the draft.

And for whatever reason, both were so polarizing throughout their careers.

Many felt that Peppers was more flash than substance. People like Pro Football Focus’ Josh Liskiewitz doubt he’s any good coverage, which is kind of important to be an NFL defensive back.

But then you listen to Jim Harbaugh talk about how good Peppers is at football, watch a highlight reel like this and you might question why Peppers isn’t projected as the top overall pick:

Many felt that Hackenberg was more flash than substance, too. He could make a screen pass look like a six-year-old trying to figure out quantum mechanics.

But then he’d make a next-level throw that only half the NFL quarterbacks could make. You’d be hard-pressed to find many better quarterback highlight videos than Hackenberg’s:

Everybody being talked about as a possible first-round pick has impressive film. The difference with Hackenberg and Peppers is that their upside is off the charts. Few people can make the throws that Hackenberg can and few people have instincts like Peppers has.

Get them in individual workouts and they shine. In a controlled environment, they’ll look every bit like the five-star, first-round talents they were hyped up to be.

But the stuff outside the white lines matters, too.

Hackenberg wasn’t afraid to show his emotions on the sidelines when his porous offensive line couldn’t keep him upright. He was reportedly picked apart about that. And when Hackenberg was asked by NFL front offices about how he fit in James Franklin’s offense — a lose-lose situation — he reportedly threw his coach under the bus.

It’s important to say reportedly because everything leading up to the draft — with the exception of the combine — is basically hearsay. With a polarizing player like Hackenberg, anything he said that wasn’t straight down the middle was picked apart.

The same will be true for Peppers.

Picture this scenario. Peppers sits down with three NFL front office executives from Team X. Inevitably, they want to know about incidents that took place in Michigan’s final two games. Never mind the fact that Peppers made a trip to New York for the Heisman Trophy presentation in between.

Inevitably, Peppers will have to answer questions about these two subjects:

Any “wrong answer” to one of those questions in a closed-door meeting, and Peppers risks it leaking to “an anonymous NFL scout.”

Is it fair? No. Will it be debated endlessly by talking heads and draft Twitter? Yes. 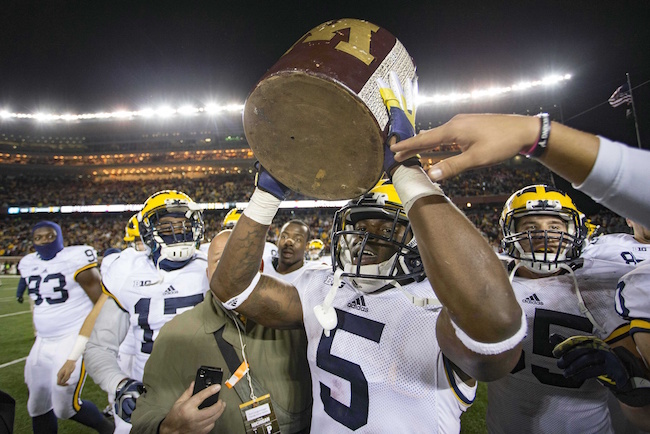 This is what three-and-a-half months of pre-draft evaluation does in the 24-hour news cycle. Players like Hackenberg and Peppers are household names. Their three-year careers were followed closely and because of their five-star status, they were criticized heavily for what they couldn’t do.

Somewhere along the line, people picked sides. They either loved them or couldn’t understand the hype. There wasn’t much middle ground.

That won’t change when Peppers is drafted, either. Hackenberg was given a redshirt season in the NFL to avoid the spotlight, yet his non-usage is still all over the airwaves in New York.

Peppers likely won’t be treated with kid gloves like Hackenberg was. Well, unless he’s a complete mess in coverage and the team that drafts him doesn’t have any confidence playing him. But for his sake, let’s hope that Peppers goes to a team that has a plan for his skill-set.

Some will root against Peppers to succeed at the next level. They either don’t like Michigan or they want their “Peppers is overrated” argument to be validated so that they can look smart.

Technically, Hackenberg hasn’t disproved his doubters yet. Frankly, he hasn’t had much of a chance. No matter how high he’s drafted, Peppers will get that chance in the NFL.

With it, he can prove once and for all that he’s not just an enigma — he’s just good at football.