Student-athletes on the University of Michigan campus aren’t happy with a two-week, department-wide pause that is keeping them away from their respective sports. As a result, they’ve released a statement seeking permission to continue to play, despite an uptick in positive COVID-19 cases with the B.1.1.7 variant.

Late Saturday night, the University of Michigan announced a department-wide pause on all athletic activities. That included all practices, games and individual training sessions for at least 14 days. The stoppage came as a result of an increase in positive COVID-19 cases that involved the B.1.1.7 variant, which is considered to be more contagious than other strains.

It was reported by David Jesse of the Detroit Free Press that there were no positive cases on the men’s or women’s basketball teams or the hockey team.

A statement from student-athletes at Michigan was released on Monday and shared by Ethan Sears of The Michigan Daily. Below is the statement: 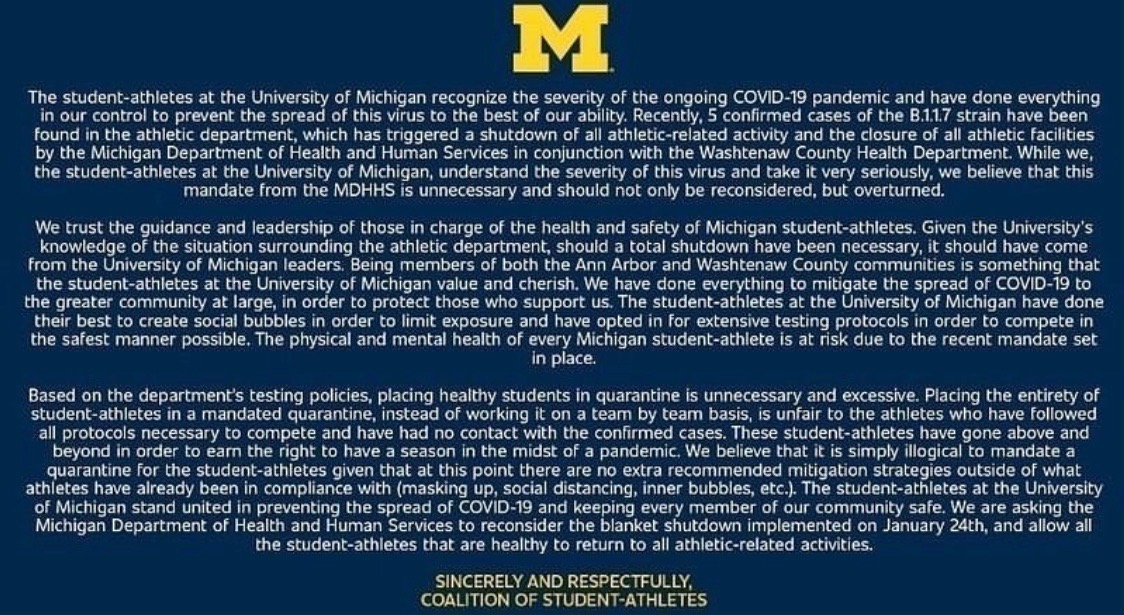 Student-athletes at the University of Michigan believe pauses should be on an individual or team basis, rather than a department-wide halt. They believe including all athletic programs is “excessive.”

We’ll see if anything changes in Ann Arbor after student-athletes on campus made their request.