The All-American tackle was the heart and soul of MSU’s dominant line, which led to him leaving school a year early for the NFL.

Needless to say, Conklin was ready for the next step. 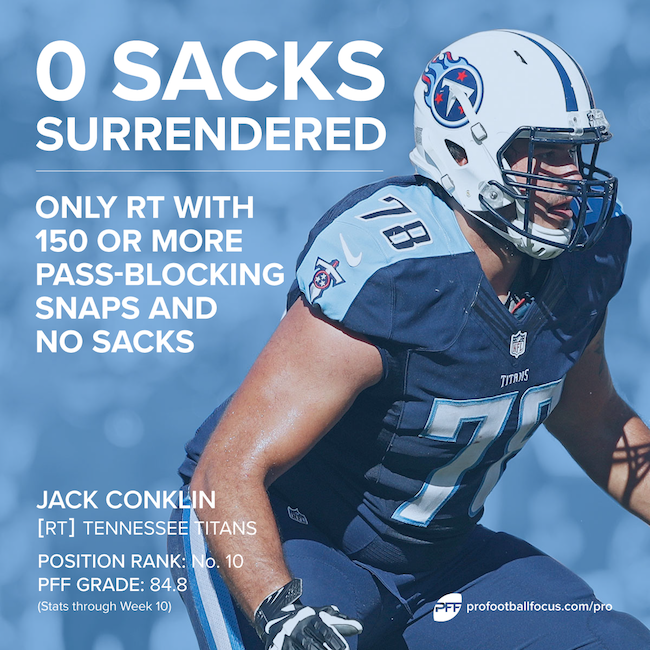 As a result, the Titans offense has been on a tear in recent weeks. They scored at least 26 points in each of their last six games and are coming off a 47-point outburst against the Green Bay Packers. With Conklin anchoring the right side, the Titans have the NFL’s No. 3 rushing attack.

The former MSU walk-on is the No. 4 rookie in Pro Football Focus’ rankings behind only Ezekiel Elliott, Dak Prescott and Carson Wentz. Conklin and former Michigan star Taylor Lewan appeared to have already solidified one of the league’s top young offenses.

Unfortunately for the Spartans, Conklin’s early departure was obviously the right call.