Embracing the underdog role has always been Michigan State’s thing.

It’s not as if the Spartans have been completely neglected by the national media over the past four-to-five seasons, but every year they’ve seemed to fall by the wayside to divisional counterparts Ohio State, Michigan, and sometimes maybe Penn State.

Not being considered an elite member of the B1G East on a yearly basis isn’t a new development in East Lansing.

Here is what’s new, though: the Spartans are 2-6 and are still searching for their first conference win of the season. They are far worse than anyone could’ve imagined. Even the lowest of expectations wouldn’t have a Mark Dantonio-coached team would be begging for bowl eligibility after a B1G title and College Football Playoff berth.

Michigan State will be the favorite this Saturday against Illinois and next week against Rutgers. Then comes a home contest with No. 6 Ohio State and a road trip to No. 12 Penn State to close out an underwhelming campaign. If things go well, the year dedicated to a second-straight title will end with a 4-8 mark.

This is a different type of dog that’s found a home at Spartan Stadium.

No doubt, most would define the year in East Lansing as extremely disappointing. But with four games remaining and absolutely nothing left to lose, the final month of the season could still be a lot of fun, if the Spartans embrace the right mentality.

It won’t provide the same type of enjoyment or excitement as locking up the division, earning a trip to the B1G Championship or clinching a bid in the College Football Playoff. Instead, Michigan State could relish the role as an underdog and play spoiler to a pair of opponents still vying for the East crown and potentially a spot in the national title picture.

At this point in the year, that’s all the Spartans really have left to play for.

Dantonio could take a page out of Mike Riley’s book. Last year, it was the Huskers who were in this position entering the last stretch of the season. Nebraska was 3-6 entering the final month of the season, with games against Michigan State (8-0), Rutgers (3-6) and Iowa (11-0).

Nebraska stole a win over the unbeaten Spartans in the first week of November, posted a convincing win over the Scarlet Knights and battled the Hawkeyes tough in the season finale. Despite the 5-7 finish, the strong finish landed the Huskers in the Foster Farms Bowl against UCLA.

A 37-29 win over the Bruins gave Nebraska three wins in its final four games.

The circumstances were a little different than what Michigan State faces this year. The Huskers were much more talented than their 3-6 record indicated last season. Entering November, they had lost five of their six games by five points or less. The only bad loss came way of a 55-45 loss at Purdue, a game in which Tommy Armstrong Jr. was sidelined for the contest. Basically, Riley’s bunch couldn’t close the deal. Late-game collapses led to the team’s demise, not much more than that.

Michigan State is in a different situation.

There’s no pleasant way of putting it; through nine weeks, the Spartans have been a bad football team. Something new seems to plague this team each week. Against BYU, Michigan State couldn’t score. It allowed too many big plays. Against rival Michigan, the play-calling was suspect at best. Dantonio hasn’t developed a stable game plan yet and the players are failing to execute on the field.

How could this team – one that’s been a disaster since the win against Notre Dame in the second week of the season – change its fortunes this late in the season?

Illinois and Rutgers are extremely winnable games for Michigan state. To catch the two teams in consecutive weeks would give the Spartans an opportunity to build some momentum. They don’t have to play perfect football to get to 4-6 and climb within two wins of bowl eligibility. Victories each of the next two weeks would at least provide this team with some sense of urgency. 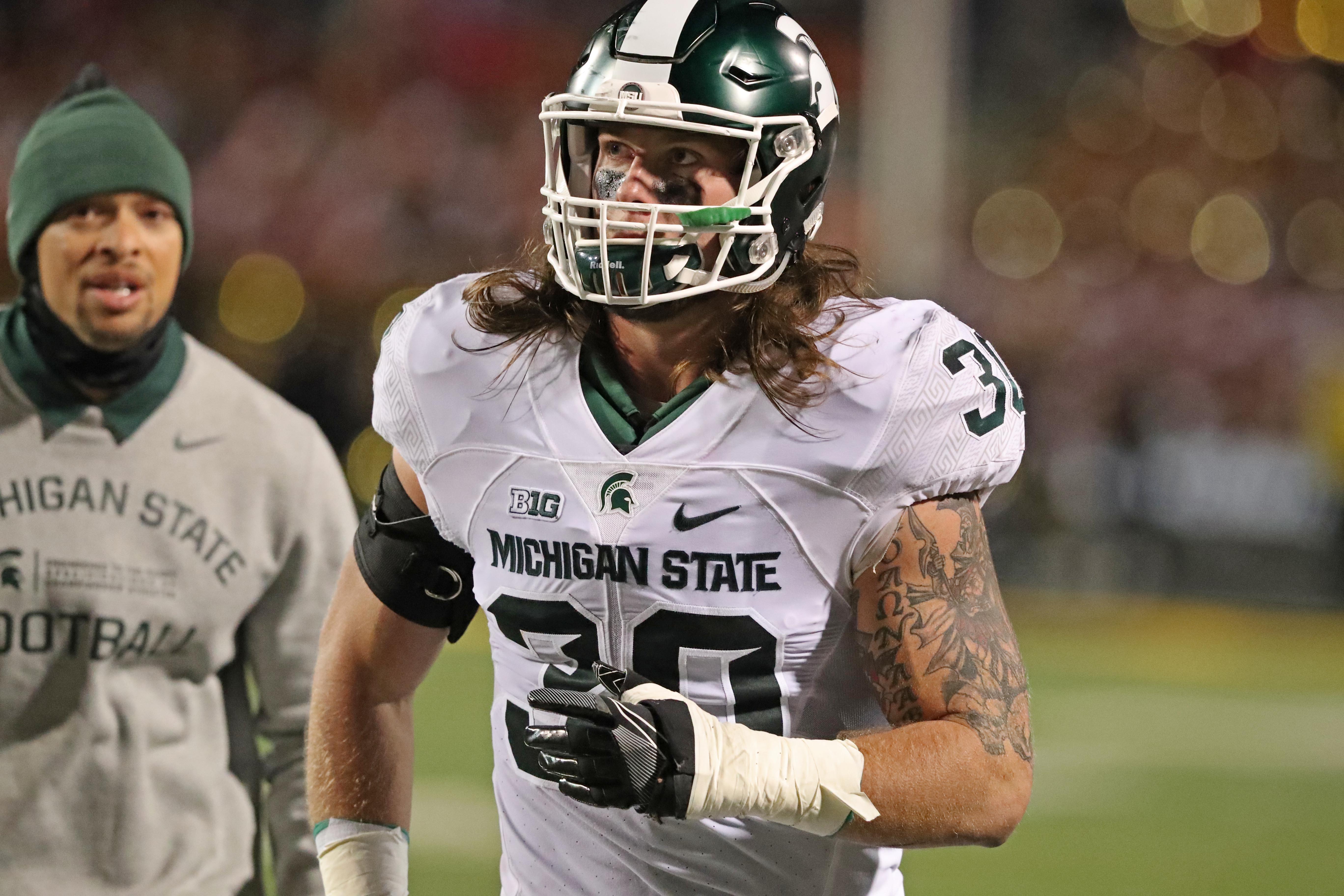 That would be helpful for the final two contests against Ohio State and Penn State, two games where the Spartans will be heavy underdogs. Maybe then we’d catch a glimpse of the team that was suppose to compete for a second-straight B1G crown rather than a group that looks more and more like the Bad News Bears as each week passes.

Beating Ohio State and Penn State would be a fairly daunting task but its certainly not impossible. Even the mightiest giants take an unexpected tumble now and then, Michigan State should remember that from last year.

For a bowl berth, yes, Michigan State needs to win out. More importantly though, the Spartans need to make this final month of football fun. During such a miserable stretch, there’s been nothing to be excited about. With four games left, the Spartans can at least bring a little excitement back to East Lansing.

Michigan State isn’t the bully of the B1G anymore. Instead of repeatedly stomping on teams, it has to rely on a stone and a slingshot.

That stone can still make quite an impact, though. With nothing to lose, it’s about time the Spartans realize the damage it can do with the weapons it has and a change in attitude.