Trash talk is hardly ever creative.

At some point this week, you heard Michigan State fans brag about winning seven of eight against Michigan. You’ve also probably heard Michigan fans making fun of its 2-5 start.

One Reddit user did the latter, but not in a typical way.

Ahead of Saturday’s showdown in East Lansing, Reddit user @tejinator created a parody of “American Pie.” It may or may not point out MSU’s 2016 struggles. A lot.

If you want to listen to a recording, click here: 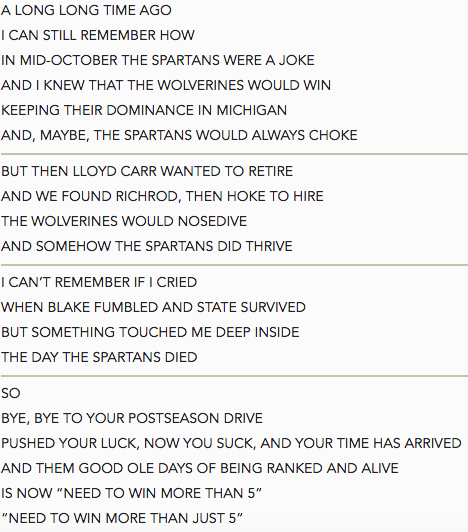 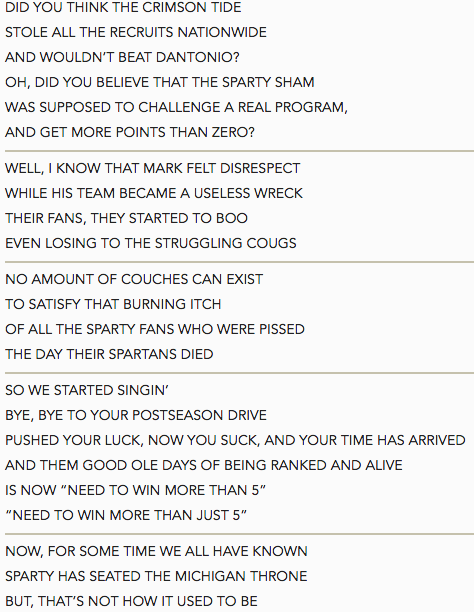 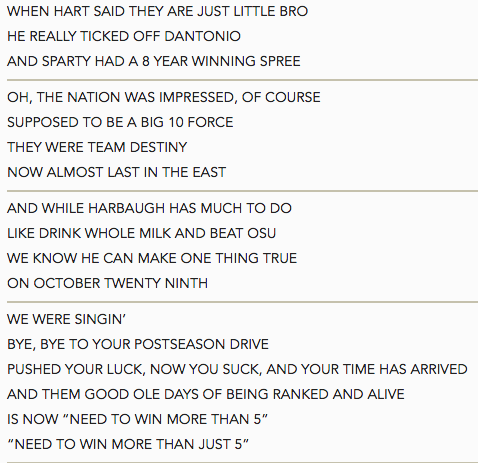 If that doesn’t get you excited for Saturday, I don’t know what will.