Aaron Henry made the decision to declare for the 2021 NBA Draft on Monday, announcing he would sign with an agent and would not return to Michigan State next season. After a big year in East Lansing, the news wasn’t that surprising.

Hours after Henry made the announcement about his future, head coach Tom Izzo commented on Henry’s decision. The longtime leader of the Spartans thinks Henry is making a great decision and fully supports the move.

Below is the statement Izzo made on Henry: 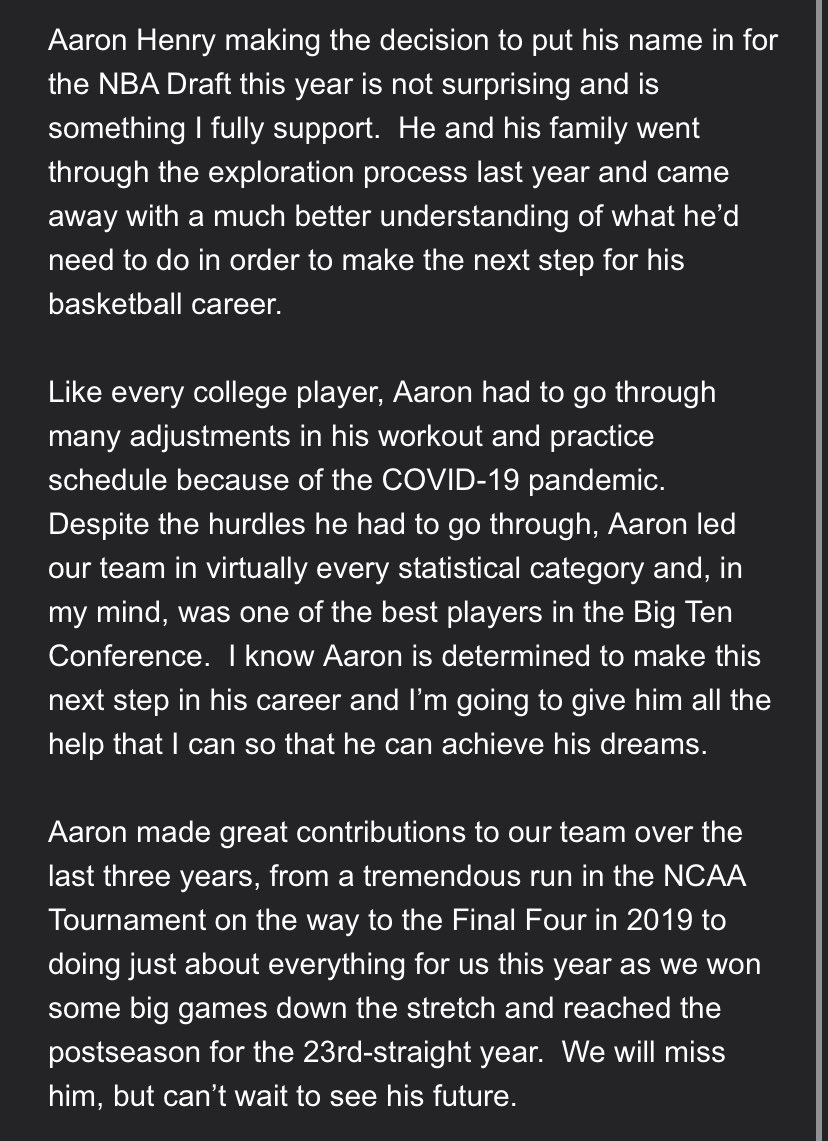 Henry led the Spartans in four statistical categories last season. He averaged a team-best 15.4 points, 5.4 rebounds, 3.6 assists and 1.3 steals per game. He also shot just under 45% from the floor and over 76% from the free throw line.

Henry played in 97 career games at Michigan State over three years, making 77 starts. He averaged 10.0 points, 4.6 rebounds and 2.6 assists per game for his career. Henry shot 45.7% from the floor for his career, as well.