Surprising news came out of East Lansing on Monday when Michigan State starting guard Rocket Watts announced his decision to enter his name into the NCAA transfer portal after two years with the program.

Watts played a key role for Michigan State throughout the season and during the team’s late push for a spot in the NCAA Tournament. But both the guard and his head coach Tom Izzo thought a mutual split would benefit both sides.

On Monday, Izzo released a statement on the situation: 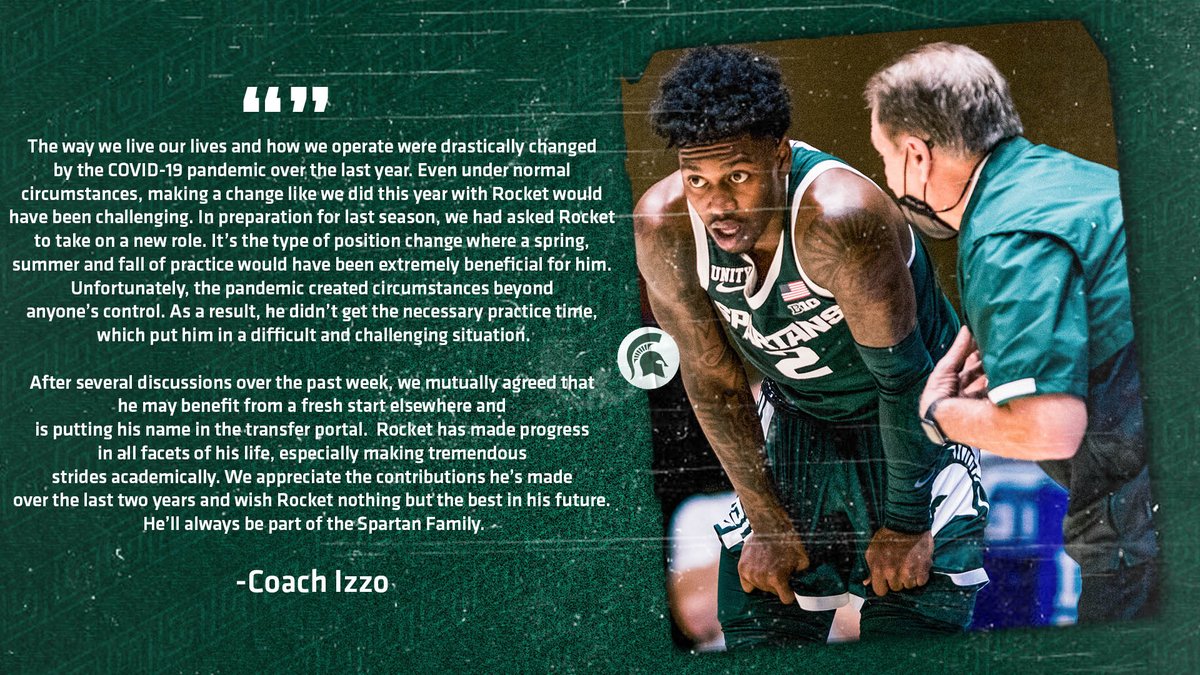 Watts also released a statement on his decision on Monday, which you can read here.

Watts played in all 28 games for Michigan State during the 2020-21 season and was a key part of the team’s success down the stretch. He averaged 7.7 points, 2.7 assists and 1.7 rebounds per game while logging an average of just under 23 minutes per contest.

In Michigan State’s most pivotal stretch in late February and early March, Watts had two huge performances. In MSU’s 81-72 win over No. 5 Illinois, Watts had 15 points and 5 assists to propel the Spartans to a big win. In the regular season finale against No. 2 Michigan, he had 21 points, 4 assists and 4 rebounds in a 70-64 win that essentially locked up the team’s spot in the NCAA Tournament.

Watts scored 9 points, collected 5 rebounds and had 2 assists in Michigan State’s loss to UCLA in the play-in game.

Because the NCAA has granted a blanket waiver to all winter student-athletes, Watts will still have three years of eligibility remaining.