How can Minnesota avoid even more disaster? Do what Illinois did

In a vacuum, the similarities are there. The external factors might be different, but the situations mirror each other.

Ten months ago, Illinois had a new athletic director come in and fire a coach with a cheap buyout. Players were frustrated. Recruits were in limbo. Even worse was the fact that they didn’t find out about the move until after the world new about it. There was a sense of uncertainty that prompted the obvious question.

Two days later, Illinois made a splash so big that the entire college football world felt it. Lovie Smith’s hiring  was both surprising and promising. It injected life into a program marred by scandal and incompetent administration. Thoughts of transferring were wiped away with the arrival of one person. And while Illinois hasn’t seen results yet, there’s still plenty of optimism for Smith 10 months later.

Minnesota could use a whole lot of that right now. University administration was bashed for its firing of Tracy Claeys on Tuesday. Players essentially said, ‘Why come to Minnesota?’

That was the message for any incoming recruit or coach who voluntarily decided to work for Minnesota athletic director Mark Coyle and president Eric Kaler.

What do those two have to do now? Hire their version of Lovie Smith. Stat. 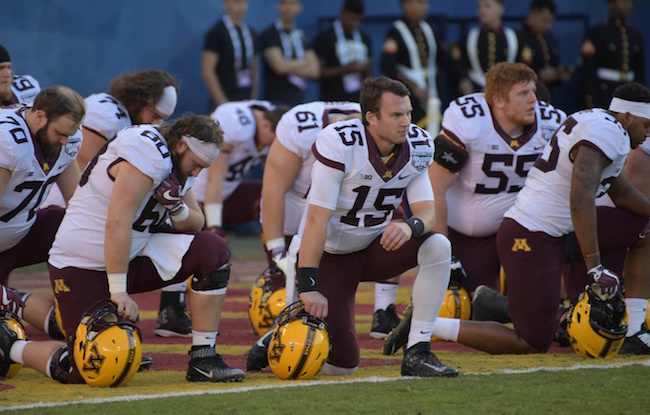 This is an ultra-sensitive time for Minnesota. Four weeks away from National Signing Day and a month removed from the beginning of the coaching free agency period, the Gophers need to act swiftly. If Minnesota’s administration has any common sense, the next coach will be hired in a matter of days, not weeks.

Illinois was able to execute its quick switch in March, when seemingly every available coach was already scooped up. It worked because new athletic director Josh Whitman had been in discussions with Smith long before Bill Cubit was fired.

The question isn’t whether or not Coyle has been in touch with anyone. If he fired a coach in January for one tweet — he did — without any sort of backup plan in the works, he should be fired on the spot.

It’s not the popular thing to do right now, but let’s give Coyle the benefit of the doubt and assume he thought this through.

What everyone is eager to find out is who Coyle has in mind.

Surely P.J. Fleck is at the top of that list. The Western Michigan coach was at the top of the coaching free agent pool, but every job seemed either too big or too small for him. Minnesota, as many pointed out, would be perfect for Fleck. Goodness, the guy wouldn’t even have to change his “row the boat” catchphrase.

You know, Coach Fleck, there are over 10,000 lakes in Minnesota that are good for rowing… #SkiUMah

Fleck would bring even more energy to Minnesota than Smith did to Illinois. A 36-year-old coach on the rise who is fresh off a New Year’s Six appearance would be a slam dunk for the Gophers.

Sure, he just agreed to an extension with Western Michigan, but it reportedly hasn’t been finalized yet. Even if it was, a million dollars shouldn’t hold the Gophers back from making a culture-changing hire.

Illinois broke the bank for Smith and gave him a $4 million budget to go out and land whoever he could to join his staff. That’s exactly what Minnesota needs to be willing to do with or without Fleck. Taking the cheap route and hiring a no-name coordinator won’t change anything.

Minnesota isn’t going to offer up Jim Harbaugh money, but the Gophers have to be willing to pay a new coach well beyond the B1G-lowest $1.4 million that Claeys made in 2016.

You want to turn your program’s awful national perception around? Double that salary — at least — for a big-time candidate like Fleck and see if players are still questioning the administration’s commitment to building a winning program. 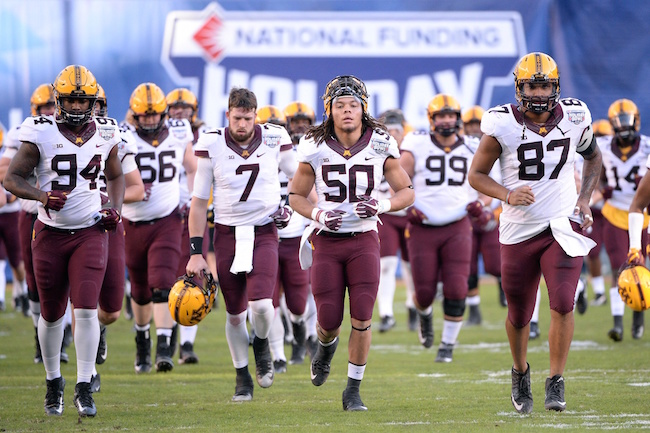 That’s ultimately the message that Minnesota needs to send right now. Anybody can step up to a podium and preach about a winning tradition, new facilities and a commitment to excellence (as opposed to a commitment to failure?), but those are just words.

Nobody cared about what Whitman had to say after his sudden firing of Cubit last March. Nobody’s ears perked up until he landed Smith.

The same is true of Minnesota right now. Those players have heard administration speak enough the last few weeks. They didn’t want their coach fired and they don’t want to see administration disappoint them again.

A program that achieves historic milestones — Minnesota had its second-highest win total in program history — aren’t supposed to be reeling. A team that records eight-win seasons in three of four years for the first time ever isn’t supposed to have a black eye.

But that’s the Gophers’ reality right now. Minnesota’s administration can drag its feet on a hire and pretend the program’s inevitable tailspin back to the bottom of the B1G isn’t happening. Or it can learn from the actions of Illinois and change the narrative.

The clock is ticking.