How will Minnesota come out in Holiday Bowl after boycott? That's anyone's guess

Minnesota might’ve ended its boycott on Saturday, but it didn’t resume with “business as usual.”

That would be a naive way to look at a situation that’s far more complicated than players deciding whether or not to play 60 minutes of football.

Their coach’s future is in question after the supporting role he played in the boycott. Players don’t know if they’re competing for Claeys’ job. That could impact their outlooks beyond 2016, too.

Meanwhile, there’s a talented Washington State squad that’s been going through normal bowl preparations led by one of the most creative offensive minds in college football.

A few days ago, ‘X’s and ‘O’s were about the last thing on anyone’s mind at Minnesota. That’s often the case during bowl practices even without an ugly intra-university battle getting national headlines.

Still, that’s no guarantee the Gophers will look preoccupied when they take the field in San Diego. 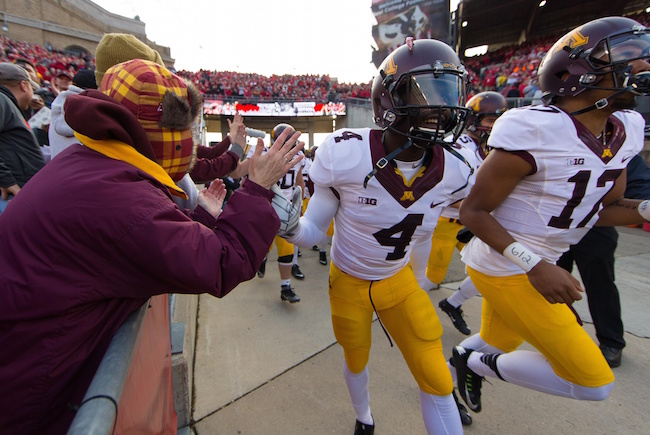 It’s cliché, but true. You really don’t know how 18-22-year-old kids are going to show up on a given day. That’s why we see upsets in college sports more often than at the professional levels.

Take that Michigan-Iowa game near the end of the regular season. The Wolverines were playing outside of the state of Michigan for the first time — well, excluding Rutgers — and it showed. Iowa, was destroyed by Penn State a week earlier. The Hawkeyes came out firing and the Wolverines played on their heels down the stretch. Iowa won that game by playing off the crowd and the frustration of the week before.

What kind of response will we see from Minnesota? This was a group that just made one of the more unified stances you’ll ever see from a college sports team. For all we know, the Gophers could take their anger at university administration and direct it at Washington State.

And on the flip side, we don’t know how the Cougars will come out. This was a group that went from Pac-12 title contention to losing two games to end the season, the last of which was a spanking at the hands of rival Washington.

Maybe the Cougars will be content to enjoy their one-week vacation in San Diego. They might assume Minnesota won’t be ready to play after its highly publicized boycott. For all we know, ‘X’s and ‘O’s aren’t the top priority of Washington State players, either.

Vegas obviously isn’t concerned about that. Washington State started off as a 4.5-point favorite. That line is all the way up to -10.

The bettors always get credited with “knowing something the public doesn’t.” But we really have no easy comparison to Minnesota’s situation. 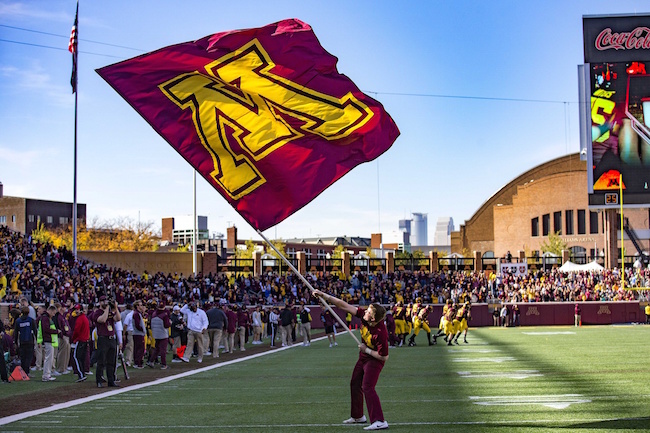 It’s not like the Gophers are playing after a sudden death of someone within the program.

This isn’t even the same thing as when Jerry Kill shockingly resigned days before Minnesota faced Michigan. The Gophers played on an emotional crowd that night and came a butt cheek away from stunning Jim Harbaugh’s Wolverines.

It’s one thing to play inspired football for an interim coach. Even the 10 suspensions, while that obviously hurts the team from a football standpoint, can serve as a showcase for players who will compete for starting jobs next season.

But we don’t know if Minnesota players have already lost faith in the university. That’s the wild card in all of this. Anyone assuming they know the result all of this will yield probably isn’t considering all of the elements at play.

RELATED: How one tweet could’ve cost Tracy Claeys his job

You can argue that a team with less practice time will be less prepared to play. But let’s be honest. It was a couple practices lost in a month-long prep period. It’s not like Minnesota players boycotted team activities for all of December. If that was the case, this would be a predictable result.

Next Tuesday, they’ll face one that is. How will Minnesota show up after this whole ordeal?

Hate to break it you, Vegas, but we have no idea.