One truly special Minnesota player is retiring with placeholder Casey O’Brien penning a note of thanks to Gophers fans on social media.

O’Brien made national headlines in 2019 after the story of his courageous battles with cancer were shared on ESPN’s College GameDay and other places. He eventually achieved his ultimate goal: appearing in a college football game for Minnesota. In fact, O’Brien would appear as a holder in two games for Minnesota that season.

In a note shared on Twitter, O’Brien thanked Minnesota and fans for allowing him to achieve his dream. He confirmed in the note that he will be transitioning to a career in financial planning over the coming weeks. 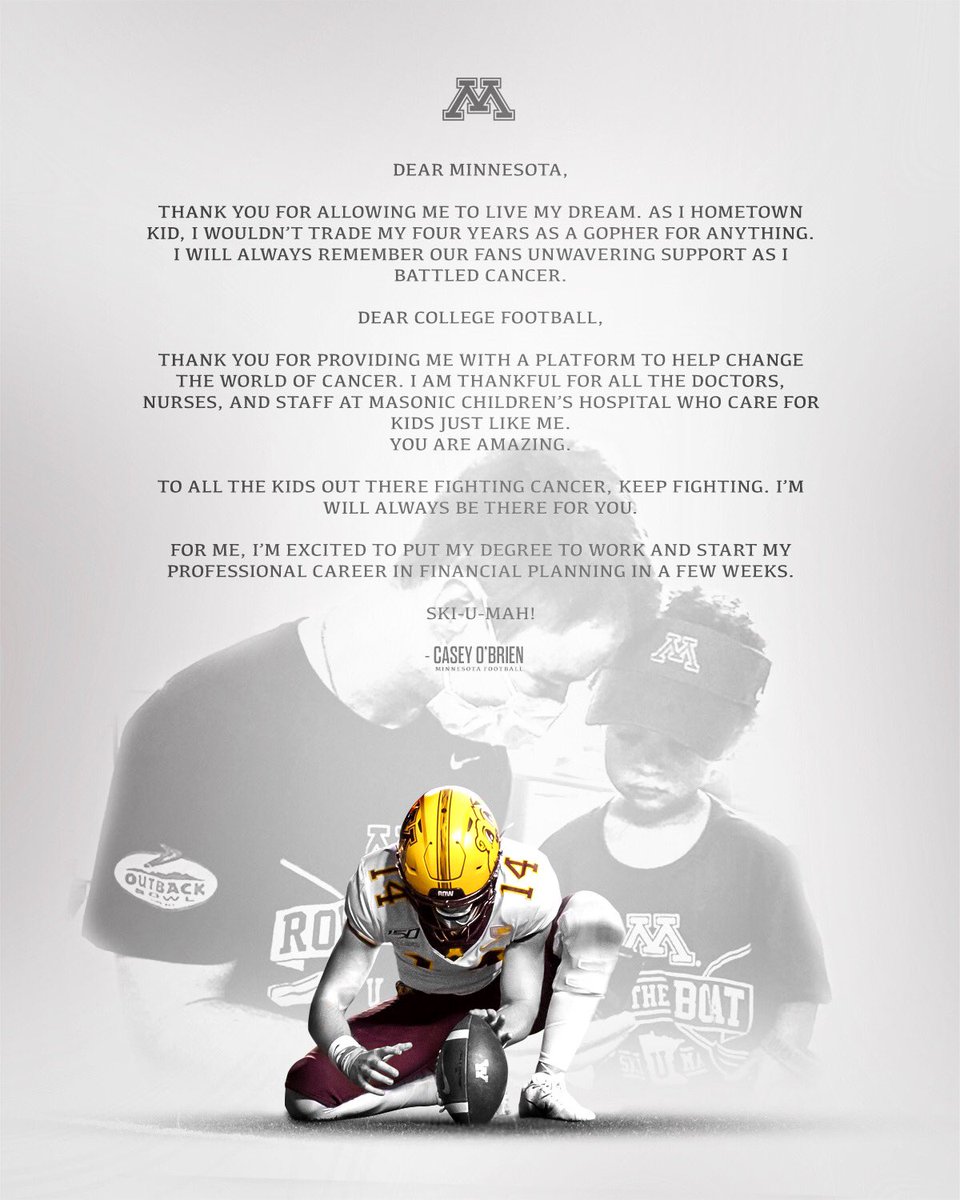 O’Brien’s journey has now included six battles with cancer, dating back all the way to when he was 13-years-old. According to Andy Greder with Pioneer Press, O’Brien recently confirmed his latest cancer scan came back all clear:

“My doctors said it was two thumbs up,” he shared. “They are proud and happy with where I’m at. There is nothing at all that they are even concerned about. … That is a testament to the doctors I have here and the people around me and the good Lord taking care of me.”

Best of luck to O’Brien as he moves onto the next phase of his life!