With all due respect to Minnesota quarterback Mitch Leidner, it was a bit of a surprise to see that ESPN draft analyst Todd McShay projected him as a first-round pick in his way-too-early 2017 mock.

Mel Kiper Jr. then followed that up by rating Leidner as his second-best quarterback in the 2017 class.

No one is saying that it’s easy to be a three-year starter at the Division I-level. Leidner will do just that as he enters his final season in Minneapolis. But saying that Leidner — a guy who has never had more than 14 touchdown passes or 3,000 yards in a season — will be the first B1G quarterback drafted in the first round since 1995, was noteworthy.

So, I called in an expert. Pro Football Focus Senior Analyst Steve Palazzolo broke down Mitch Leidner’s film (and did so more in depth than Kiper and McShay). If you’re not familiar with the work that PFF does, familiarize yourself with it and sound really smart when arguing with your friends.

Here’s what he had to say about Leidner’s next-level potential:

ST: When you saw you saw how high Mel Kiper Jr. and Todd McShay were on Leidner, what was your reaction?

PFF: Well, I was surprised, mostly because he just didn’t grade well for us. Out of 157 graded quarterbacks above a certain threshold, he was at 137. So 137 out of 157, just below Christian Hackenberg, who I think people who follow our work know at this point that were extremely low on him and did not see him as a top-end draft pick at all.

So I was surprised just from a grading/performance standpoint. But you see the size and all the whole “looks-the-part” phenomenon. He has that going for him and I think that’s one of those things that anytime you’re 6-4 and you take any number of snaps from under center, it’s almost like draft analysts are going to be looking at you.

ST: You’ve had a chance to see Mitch Leidner on film and evaluate him more than maybe some have. What’s your breakdown of him as a prospect?

PFF: The first thing that stands out is you have the size, you have the look like I said. There are actually a lot of things to like on tape. He had a high percentage of what we call “big-time throws,” which is simply our higher-graded throws because we’re grading every single player on every play. Our higher-graded throws are downfield throws, extremely accurate, into tighter coverage, and (Leidner) actually had a really high percentage of those.

The problem was, what we call his “turnover-worthy throws,” which were passes that should be intercepted, bad decisions, throws into coverage…he also had a really high percentage of those, and it was one of the worst in the nation. There’s a lot of boom or bust to his game. The number of times he was extremely late in the passing game, or the number of times he didn’t see underneath linebackers was extremely concerning.

The highs were high and the lows were low on a snap-to-snap basis. For me, that was the biggest takeaway when going through his film.

ST: I’m sure you’ve seen the good (the Michigan game) and the bad (the Northwestern game). Is Leidner a tale of two tapes guy?

His best plays look really good and his bad ones are really bad. I think the important thing is quantifying both of those things. When you quantify the bad compared to the rest of the nation, it just stands out. It’s something he needs to improve before he really gets any sort of middle-round draft consideration. With two years of tape on him from a passing standpoint, he simply has been below average compared to his peers.

ST: McShay compared him to a Carson Wentz/Blake Bortles type because of his mobility for his size. Do you see similarities there or is there a better comp?

PFF: I don’t have a good comp to be honest. He’s listed at 6-4, 237. That’s Bortles size, that’s Wentz size. So I think that’s an easy comp from a size standpoint. I don’t know that he has the same type of arm as either Bortles or Wentz, especially not Wentz. Wentz has has a really special arm. I don’t think Leidner throws the ball with that type of velocity.

From an on-field comparison standpoint, I don’t think they compare favorably, just because I think Bortles and Wentz are much better players. 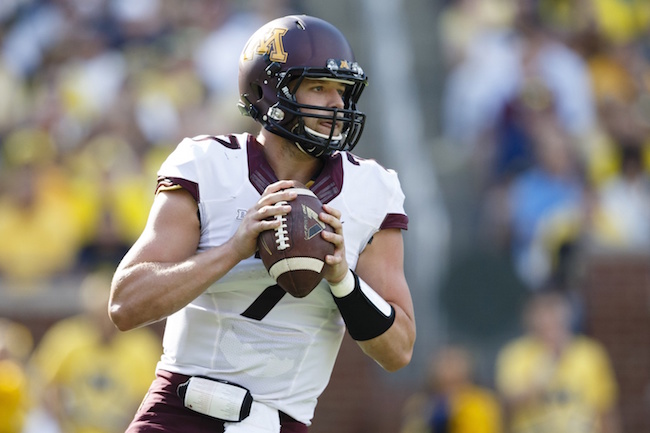 ST: We’ve seen bigger quarterbacks like Jake Locker and Philip Rivers get drafted in the first round even though they played on mediocre teams. How important is Minnesota’s record for Leidner’s draft stock?

PFF: It’s not that it’s a non-factor. But I think when you look at surrounding talent and you compare what a quarterback does with what he has to work with. One of the points I made about Jared Goff this year and why I liked him so much was that I felt like Cal was an overmatched program in a really deep Pac-12 and he elevated their game every single week to make them competitive.

It’s obviously not as simple as well, they went 8-5 therefore, he’s average or, he went 10-2, therefore he’s good. It’s certainly not a linear thing. But I think you have to look at the surrounding talent and look at what the guy does with it.

ST: Hypothetically speaking, Leidner is coming off offseason foot surgery. If for whatever reason, that turns him into more of a pocket passer, how much would that hurt his draft stock?

PFF: For me, it wouldn’t hurt much. I think the running ability is really only needs to be the icing on the cake. Even with Carson Wentz this year, the fact that he’s pretty athletic, and can run through tacklers at times, you’re not drafting a guy because of that.

Leidner’s not getting drafted because of that. To me, the athleticism is just icing on the cake, but you really have to make plays from the pocket and within the flow of the passing game. I think that’s going to be the most important thing for him is throwing with better timing in the passing game, seeing the field better and using some of that special arm that he’s shown. It’s about doing that more consistently while cutting down on the mistakes. I think that’s the most important thing. 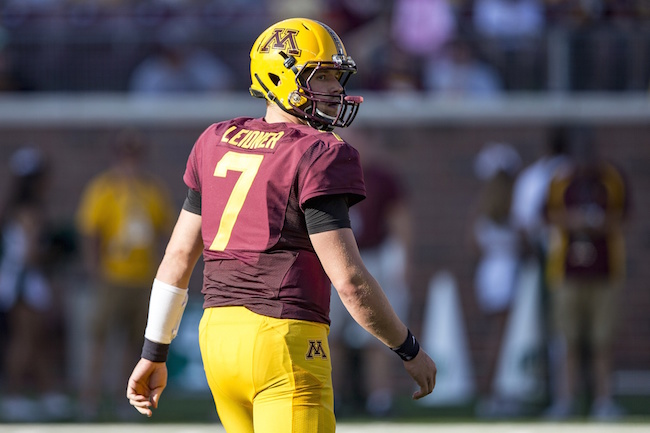 ST: A guy entering his third year as a starter is usually a well-known commodity. What’s the biggest question mark you have about Leidner’s game entering his senior season?

I don’t know how much his accuracy can improve over the years. There haven’t been a lot of good examples of guys who’ve greatly improved their accuracy. But if there’s one thing he needs to do, it’s general decision-making and general accuracy. Those are the most important things to be an NFL quarterback and those are both things Leidner is lacking in right now.

ST: Changing your scouting cap to a front office cap, what’s your way-too-early projection for Leidner at next year’s draft?

ST: For me, he’d be more of a late-round guy. You always get into this whole, ‘Well, he’s 6-4, 235. Therefore, we can develop that.’ I don’t think that’s always the case. For me, that’s the best thing that he has going for him right now and like I said, the fact that he can make those special throws.

I’d be willing to take a late-round flier on him and hope that he develops from a decision-making and timing standpoint, and hope that you can coach that out of him. Like I said, I don’t know if there have been that many cases of guys improving that greatly in that department.

But he’s more of a late-round type of guy, certainly not in the first-round mix at this point based on what we’ve seen.