Wiley is rated a 3-star prospect, and he’s ranked as the nation’s No. 118 overall athlete and the state of Nevada’s No. 9 overall prospect, according to 247Sports Composite Rankings.

The 6-foot-2, 191 pound prospect is projected to play RB for Minnesota, and he committed to the Golden Gophers over offers from Oregon, Utah, Arizona and TCU, among others. 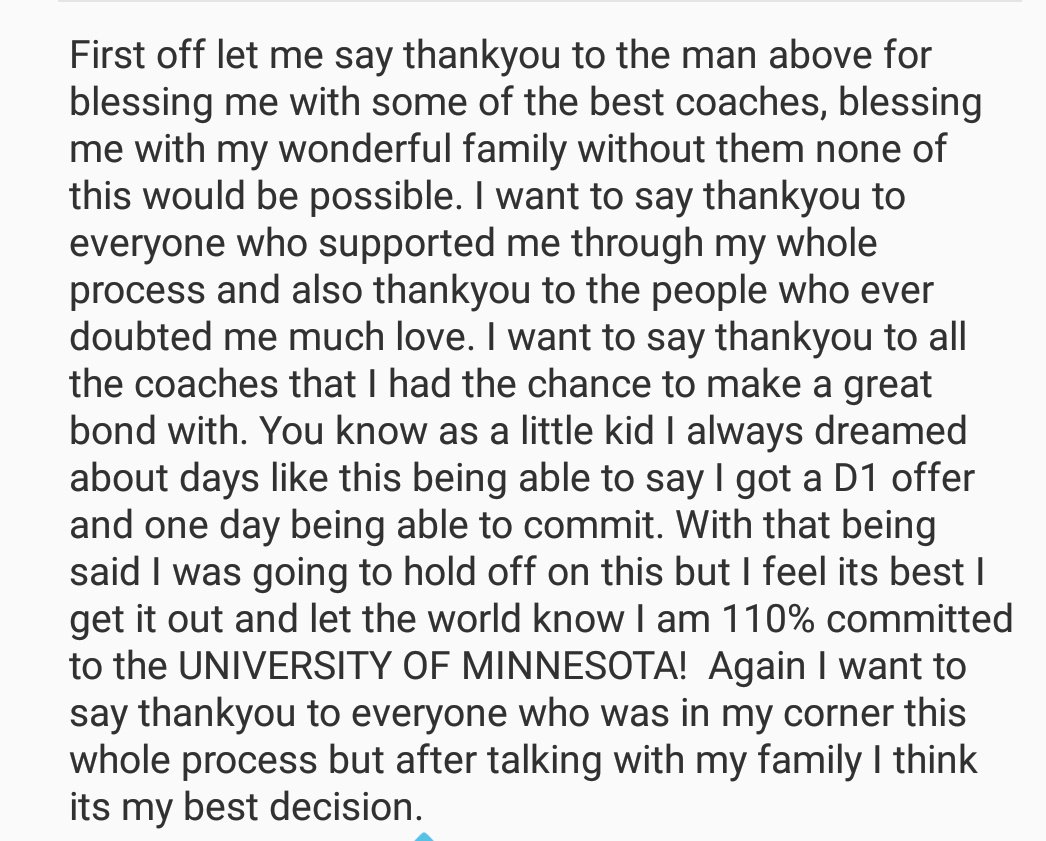 RECENT ARTICLES
MINNESOTA
Sweet revenge: Minnesota hands No. 7 Michigan its first loss of the season with massive upset
MINNESOTA
Undefeated record in jeopardy? Minnesota leads Michigan at the half
MINNESOTA
Minnesota football: My 10 favorite moments from the 2020 season
MINNESOTA
Minnesota edges out fellow B1G program for veteran OL transfer out of Utah State