Nebraska offensive line coach Greg Austin may or may not have an ESPN Insider subscription, but he’s aware that he made the site’s list of 40 best college coaches and staffers under the age of 40.

Adam Rittenberg found plenty to like in Austin’s coaching experience and connections.

“The former Husker offensive lineman is back at his alma mater,” Rittenberg wrote, “but what he accomplished during his time away really stands out. He gained valuable experience with Chip Kelly at Oregon and the NFL’s Philadelphia Eagles before joining Scott Frost at UCF. Austin earned two master’s degrees in business while at UCF. He isn’t a run-of-the-mill offensive line coach and has the background and ambition to one day lead a program.”

Austin, who followed Scott Frost from UCF, shared his reaction to making the list on his Twitter account. Thanking all those who have sent congratulations his way and revealing what the recognition means to him. 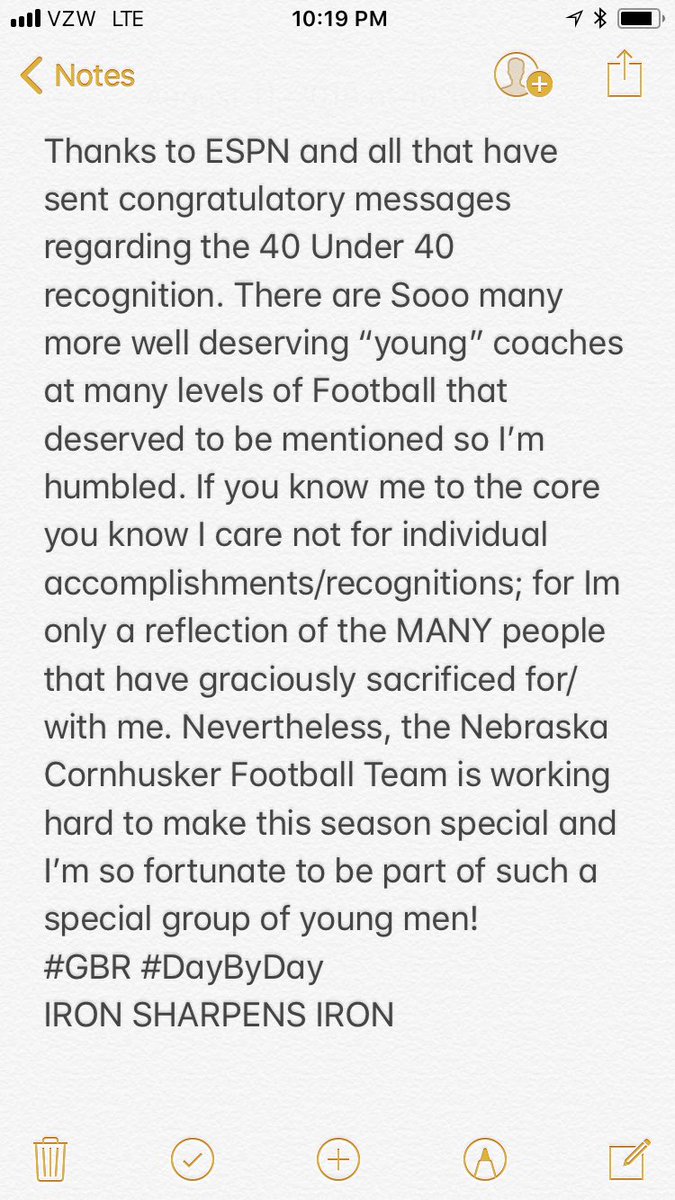