Maybe it’s a catch in traffic. It could be a blitz pickup or an edge rush. TV doesn’t always do it justice to show how difficult these things can be.

There’s also the opposite.

Did you hear something during the Music City Bowl on Friday afternoon? You probably did. That was the entire state of Nebraska yelling ‘TACKLE!’

A basic, elementary aspect of football, Nebraska struggled with mightily. In Friday night’s loss to Tennessee, that was obvious. The Huskers weren’t overwhelmed by the Volunteers’ athleticism. For much of the day, Nebraska was in the right place at the right time.

Well, with the exception of the backbreaking touchdown to Josh Malone in the fourth quarter.

But the story of Nebraska’s night was its inability to slow down a talented offense. We’re starting to hear that a little too often in the Mike Riley era. 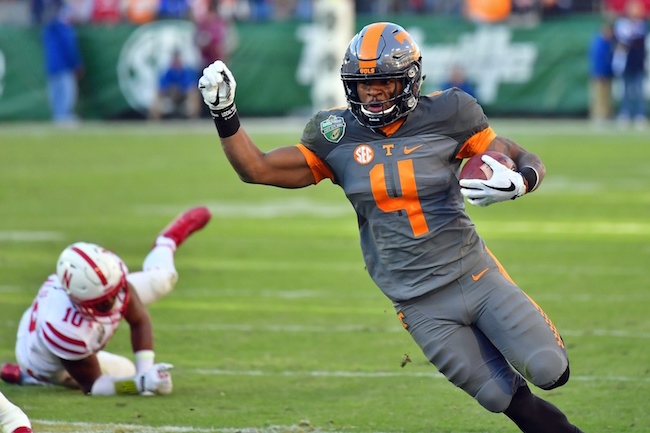 Nebraska deserved credit for at least hanging around on Friday. Without Tommy Armstrong Jr., Jordan Westerkamp and Nathan Gerry, nobody would’ve been surprised if the Huskers were steamrolled by the Vols. Things could’ve gotten really after Antonio Reed and Terrell Newby went down.

It didn’t get out of hand like it did against Iowa and Ohio State. If not for some miraculous catches from Brandon Reilly, it could’ve been a four-touchdown game.

Missed tackles might be the most frustrating thing to watch. It wasn’t as if Nebraska forgot how to tackle. If that was the case, they wouldn’t have been 9-3 coming into Tuesday.

Everyone wants to teach this Nebraska defense to tackle today.
Forever and always tackling is attitude 1st and technique 2nd. Gotta want to

There were too many scrambles — usually from Josh Dobbs — that made you question why Nebraska wasn’t willing to do all of the work to bring him down.

Against Iowa, it was easy to question the effort in the trenches. Nebraska didn’t look like a team motivated to do the dirty work. Against Ohio State, you could chalk some of that up to the Armstrong injury, but that was still a group that checked out after the middle of the second quarter.

Players play and coaches coach. Still, it’s hard not to put some of the blame for those lackluster defensive efforts on the Nebraska coaching staff. And as Shanle said, it’s not just a technique issue that needs to be taught. There’s something that’s not getting through. 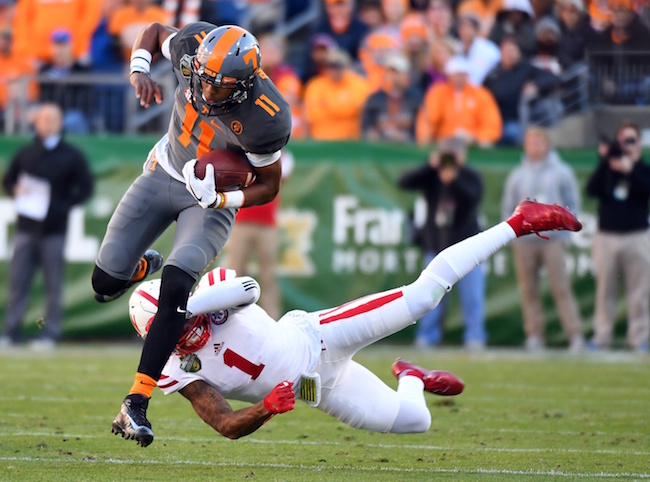 And if you’re convinced that four-star recruits are the difference in a dominant defense, you obviously weren’t paying attention to what Wisconsin the last two years without any.

This isn’t an issue of talent. Nebraska has plenty of that.

Sure, it’s hard to look solid on defense without your best defensive player. Injuries hurt, but they weren’t the difference in that game. Effort on the defensive end was.

Nebraska will never get over that “good, not great” hump until it proves it can actually defend a quality offense. That’s not something you just snap your fingers and get. That’s established in the offseason.

That’s Riley’s biggest challenge going forward. You can have talented receivers galore and next-level offensive linemen. You can have a four-year starter at quarterback, too.

But if the Huskers can’t slow down a Tennessee an Ohio State — or even an Iowa — their ceiling will always be limited.