Nebraska would be wise to copy Ohio State's adjustment vs. Indiana

On paper, the thought of it sounds kind of crazy.

Ohio State had a Heisman-caliber quarterback, a Heisman-caliber H-back, a record-breaking receiver and a handful of emerging pass-catchers. Indiana had arguably the worst secondary in America in 2015. The thought of the Buckeyes struggling to throw the ball against the Hoosiers seemed unlikely, to say the least.

IU can defend the pass, and make an offense one-dimensional. That’s what Ohio State became last week in a too-close-for-comfort victory against IU.

Throwing downfield against Tom Allen’s defense doesn’t work. If Nebraska tries to force-feed its receivers instead of pounding the rock, it could kiss its unbeaten start goodbye. 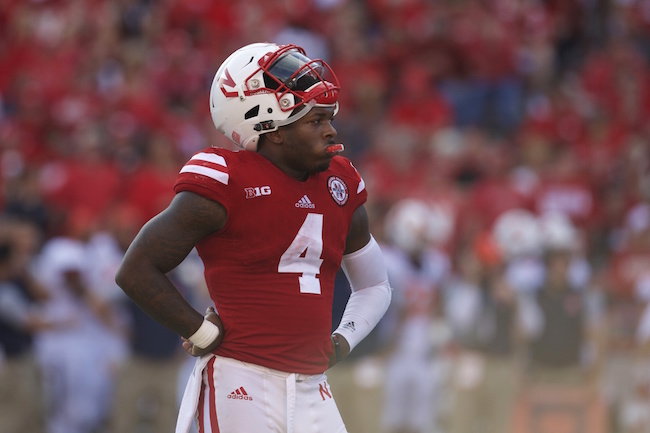 There are some who believe Indiana is more legit because of the Ohio State loss than the Michigan State victory. The Hoosiers were the first team to completely eliminate OSU’s passing game. Even better, they did it in Columbus.

Ohio State came out with the intent of throwing the ball. With their weapons, they would’ve been foolish not to. And initially, that looked like the right call. Barrett picked apart the IU secondary for three completions and 41 passing yards on the first drive.

What happened after that? Not much, at least not in the passing game.

Barrett completed one of his next seven passes for zero yards, and he took a sack. That span stretched the entire second and third quarters. By game’s end, Barrett finished 9-of-21 for 93 yards. That was his worst complete-game line since the infamous Virginia Tech loss two years ago. This time, however, OSU won by 21 points.

RELATED: Indiana forces Ohio State to do something it hasn’t done all year — win ugly

That was because Urban Meyer wasn’t afraid to deviate from the game plan. The Buckeyes ran the ball and then ran it some more. Barrett finished with 26 rushes for 137 yards. OSU didn’t get fancy. It was an ugly, grind-it-out victory.

Nebraska is no stranger to those this year. That’s how the Huskers squeezed out a win against Oregon. They did the same thing against Northwestern. Actually, that was the blue print against Illinois. With two weeks to prepare for the IU secondary, Nebraska should know how to attack it.

Tommy Armstrong is in the midst of his best season because of his lack of interceptions. As a result, Nebraska’s fourth-quarter numbers are night and day from last year. The Huskers haven’t been tripped up because of their run-heavy style. Look at the difference between last year’s emphasis on the run and this year’s:

That last number really tells the tale. Nebraska ran the ball more than 45 times once last year. That was the Foster Farms Bowl that Nebraska dominated. The run-game emphasis obviously carried over into this year.

It has to carry over into Saturday, especially with what the Huskers will be missing. Armstrong won’t have his go-to guy, Jordan Westerkamp. Pass-catching tight end Cethan Carter won’t be available, either.

That won’t be lost on the Nebraska coaching staff. It won’t be lost on IU’s, either. The Hoosiers will likely sell out to stop the run and force Armstrong to make some tough decisions. That’s IU’s best chance to getting Nebraska out of its offensive rhythm.

Taking shots against Indiana’s 36th-ranked pass defense doesn’t make sense. The Hoosiers have opportunistic defensive backs like Marcelino Ball, Rashard Fant and Tony Fields, all of whom can make an Armstrong mistake hurt. There’s a reason nobody has thrown for 300 yards against this defense (teams averaged 314 per game vs. IU last year).

But the Hoosiers still don’t have a stout run defense. In their three games against Power Five teams, IU surrendered an average of 215 yards on the ground. It’ll be Nebraska’s job to exploit that.

Some think that it’ll be the Husker defense that gets exposed for the first time. Big Ten Network analysts J Leman and Spice Adams are already calling for the upset. Whether or not Nebraska can avoid another land mine in Bloomington remains to be seen.

As long as the Huskers are content with winning ugly like Ohio State did, they should keep their unbeaten start alive.