There’s a letter writing party among parents in the B1G.

On Sunday, the parents of Nebraska football student-athletes penned a letter to B1G commissioner Kevin Warren, asking for explanations behind the league’s decision to postpone fall sports, including football, until spring. The Huskers parents are one of four groups out of the B1G to send a similar note to the B1G office.

Parents of Iowa, Ohio State and Penn State players have also sent in letters. Many are upset by the league’s release of a revised, conference-only schedule for the 2020 season, only to see it wiped away six days later.

Many Husker parents are on board with playing football in the fall, knowing the risks that are involved while playing during the COVID-19 pandemic. While there’s a call to reconsider the move, it’s unlikely that that kind of action will occur in time to have a season this fall.

Below is the letter from Nebraska parents, which circulated around social media: 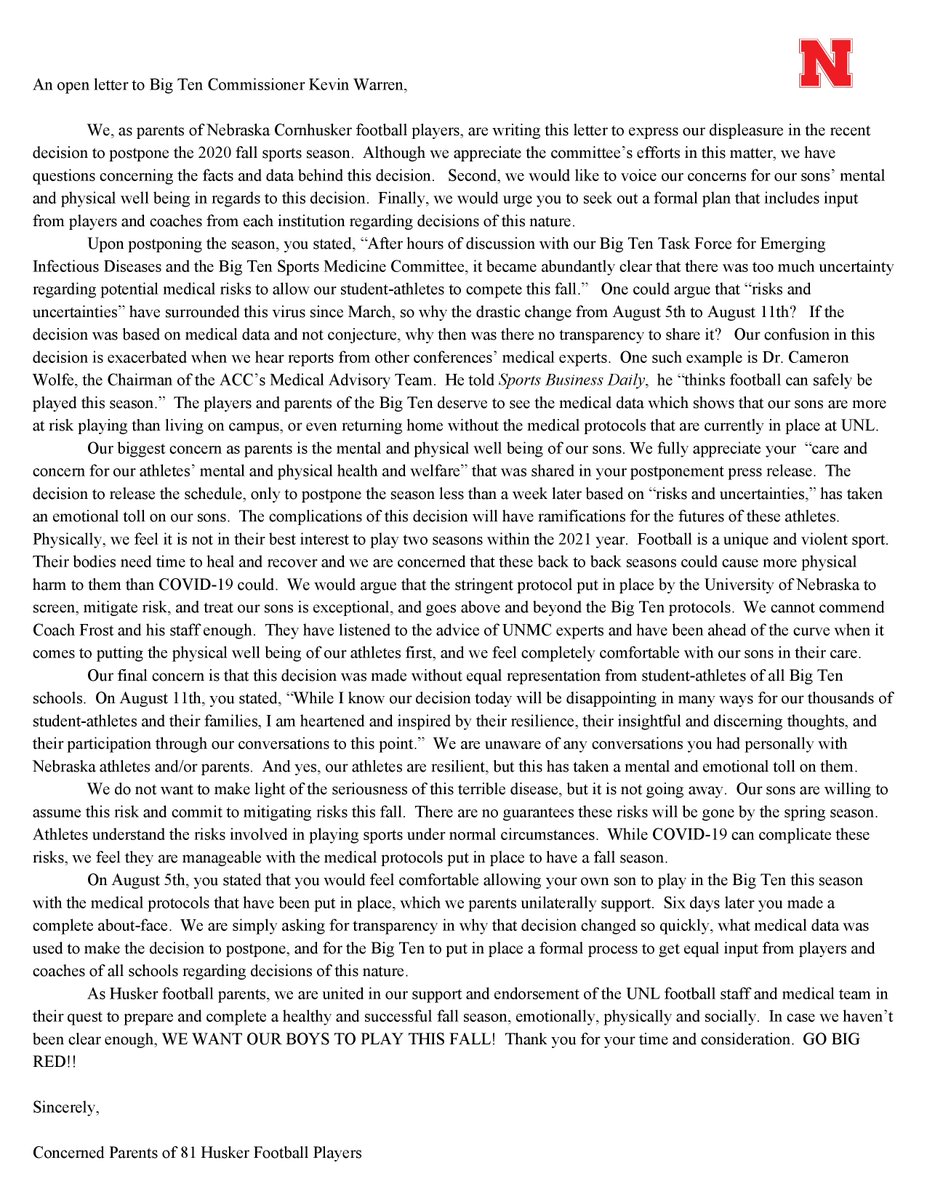