“We’re gonna lockdown everybody that steps in front of us,” Chris Jones said in the preseason.  “That’s what we’re gonna do.”

Better than last year? Sure. after giving up 290.5 yards per game through the air, it’s hard to be much worse. It was so bad, in fact, the Huskers ranked 122nd in the nation at defending the pass. So, yeah, everyone expected progress to be made in the secondary this season. Still, using the term “lockdown” seemed like an overly optimistic concept.

Jones has done his part and his teammates are backing him up. So far, the Huskers have lived up to the moniker one of their top corners assigned before the year kicked off.

Already, the Huskers have tallied 11 interceptions through six games. Jones and Aaron Williams each have three and Nate Gerry and Kieron Williams have registered a pair of picks. In 12 regular season games last year, the team tallied just eight interceptions.

Creating turnovers has given a new-look offense more opportunities than it had last year. And, to repay the favor, Nebraska’s balanced offense isn’t sticking in the mud, forcing the defense to take the field following a quick three-and-out. Progress on that side of the ball has certainly helped the defense’s stamina, too.

But there’s more to this team than just reading the eyes of the quarterback. 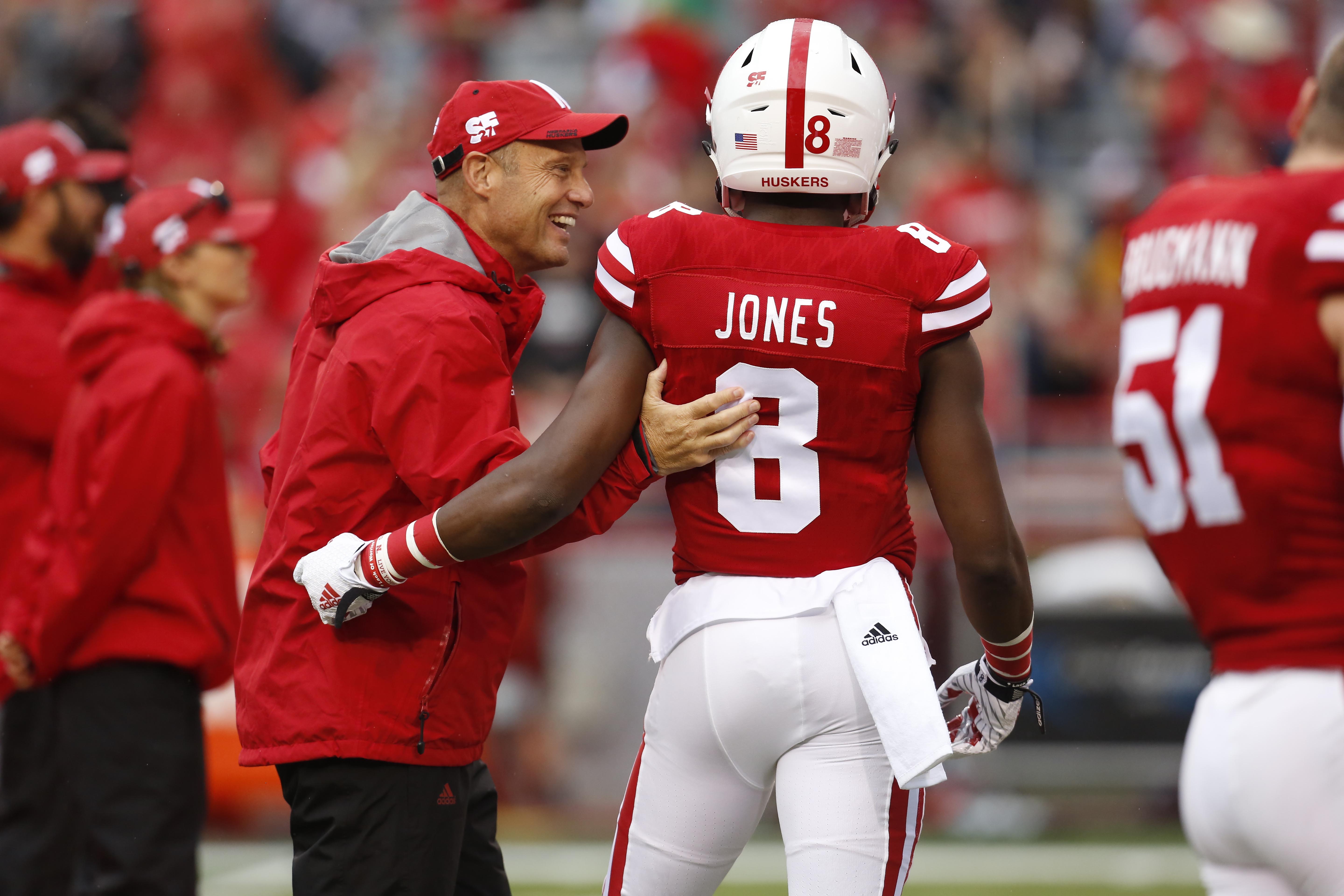 Nebraska currently ranks seventh in the B1G defending the pass, allowing 203.3 yards per game. In one year, the defense has improved in that aspect by nearly 90 yards per outing. The Huskers have only allowed four TDs through the air this season, tied with Wisconsin for the fewest permitted in the conference.

So far, only one team has eclipsed the 250-yard mark through the air against Banker’s defense. In the B1G opener, Northwestern’s Clayton Thorson threw for 251 yards on 25 completions. He tossed two interceptions in a 24-13 loss for the Wildcats.

You could say changes began around this time last year, after a 55-45 loss to a Purdue team that finished the year 2-10. David Blough threw for 274 yards and the Boilermakers had four TDs through the air. It’s a game that defensive coordinator Mark Banker still labels as an embarrassment.

After that atrocity, Nebraska’s defense allowed an average of 205 passing yards per game for the remaining three games left on the regular season schedule. Players were finally starting to understand the new scheme and things were beginning to click. The defense earned momentum and finally had a foundation to build on in the offseason.

Huge steps were made during spring and summer camp. In an interview with the Lincoln Journal-Star in July, Banker said the same mistakes that were being made in 2015 weren’t lingering this year. Guys were in the right position, understood the scheme. communication had improved and everyone was playing faster.

It’s shown through the first half of the season.

Nebraska is also getting a good push up front this season and has been able to prohibit quarterbacks from lounging in the pocket. Ross Dzuris Kevin Maurice and Freedom Akinmoladun have gotten excellent pressure up front, resulting in 14 sacks for the Huskers this season. The team also has 17 hurries in the first seven weeks.

Improvement has come at all facets. It’s producing some pretty nice results in Lincoln.

The Huskers are at 6-0 this season and are ranked No. 8 in the country. Since that loss on Halloween in West Lafayette, Mike Riley is 9-1, the only loss coming to Iowa in the 2015 regular season finale.

RELATED: The Football Gods Were On Nebraska’s Side at Indiana

The first half of Nebraska’s schedule has been favorable. The one marquee win – a 35-32 victory over Oregon – suddenly doesn’t quite look as impressive as it did four weeks ago. The secondary is going to be tested in heavyweight bouts against Ohio State, Wisconsin and Iowa. Slowing down the pass may not come quite as easy in the second half of the year.

And that team that embarrassed Nebraska last year?

Despite the erratic play and recent firing of head coach Darrell Hazell, the Boilermakers lead the B1G in passing offense, averaging 305.5 yards per game. Sure, a portion of that is attributed to garbage time stats and Purdue playing catch-up in three games this season, but Banker agreed that Blough can be a pain in the neck and should provide a good test for the Huskers secondary this weekend.

So far, the Huskers have answered the call.

Through six games, Nebraska’s defense has done exactly what Jones said it would this season; shut everyone down. The nickname “Lockdown U” is certainly appropriate at this point in the season.

Dustin Schutte
Dustin grew up in the heart of Big Ten country and has been in sports media since 2010. He has been covering Big Ten football since 2014. You can follow him on Twitter: @SchutteCFB
RECENT ARTICLES
NEBRASKA
Report: Nebraska already working on rescheduling Ireland trip for future season
NEBRASKA
Nebraska AD Bill Moos discusses future: 'I want to stay here until we get back'
NEBRASKA
Nebraska AD Bill Moos expects to have 'lots' of fans at Memorial Stadium for Huskers spring game
NEBRASKA
Ex-Huskers QB Luke McCaffrey commits to ACC program