Nebraska plans to play Oklahoma after all.

Despite the reports on Friday that Nebraska was looking to get out of this year’s trip to Norman, the athletic department released a statement later in the day saying it plans to play the game on Saturday, Sept. 18. The Huskers had been exploring options to play an eighth home game during the 2021 season, but that won’t be the case.

Athletic director Bill Moos released a statement on the matter on Friday afternoon. The original report regarding Nebraska looking to schedule a new opponent came from Stadium’s Brett McMurphy.

Below is the statement from Moos: 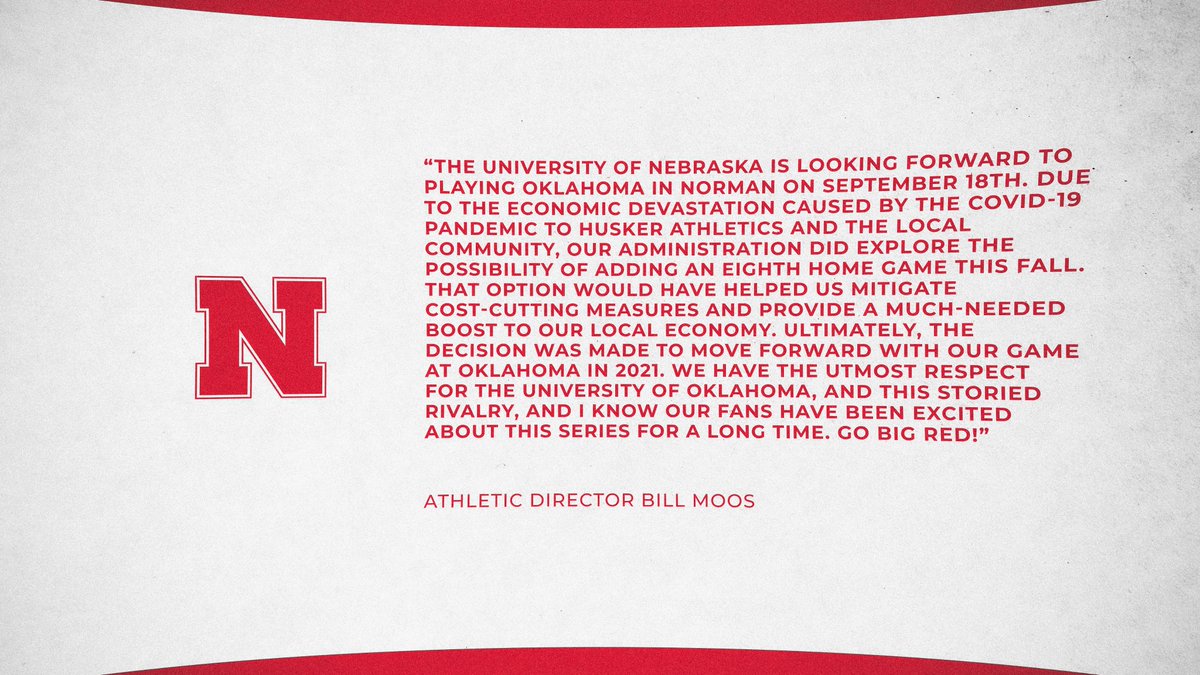 The Huskers and Sooners were once fierce rivals in the Big 12 and head coach Scott Frost and athletic director Bill Moos have talked about restoring some of those old rivalry games.

The 2021 season will mark the fourth for Frost in Lincoln. The Huskers are 12-20 in three years and have not appeared in a bowl game.