A senator from Nebraska drafted a letter to the B1G presidents arguing against cancelling the 2020 college football season. The letter was obtained by Sean Callahan of Rivals.com.

Sen. Benn Sasse (R-Neb.) is sending a letter to the B1G prsidents staying the importance of having a college football season this fall. He provided numerous examples as to why the sport creates so much structure for the student-athletes.

Sasse’s letter comes the same day that Dan Patrick reported that the B1G and Pac-12 are preparing to cancel their college football seasons and fall sports in 2020. There’s no clarity as to whether or not they will be pursuing a spring season.

Below is Sasse’s statement: 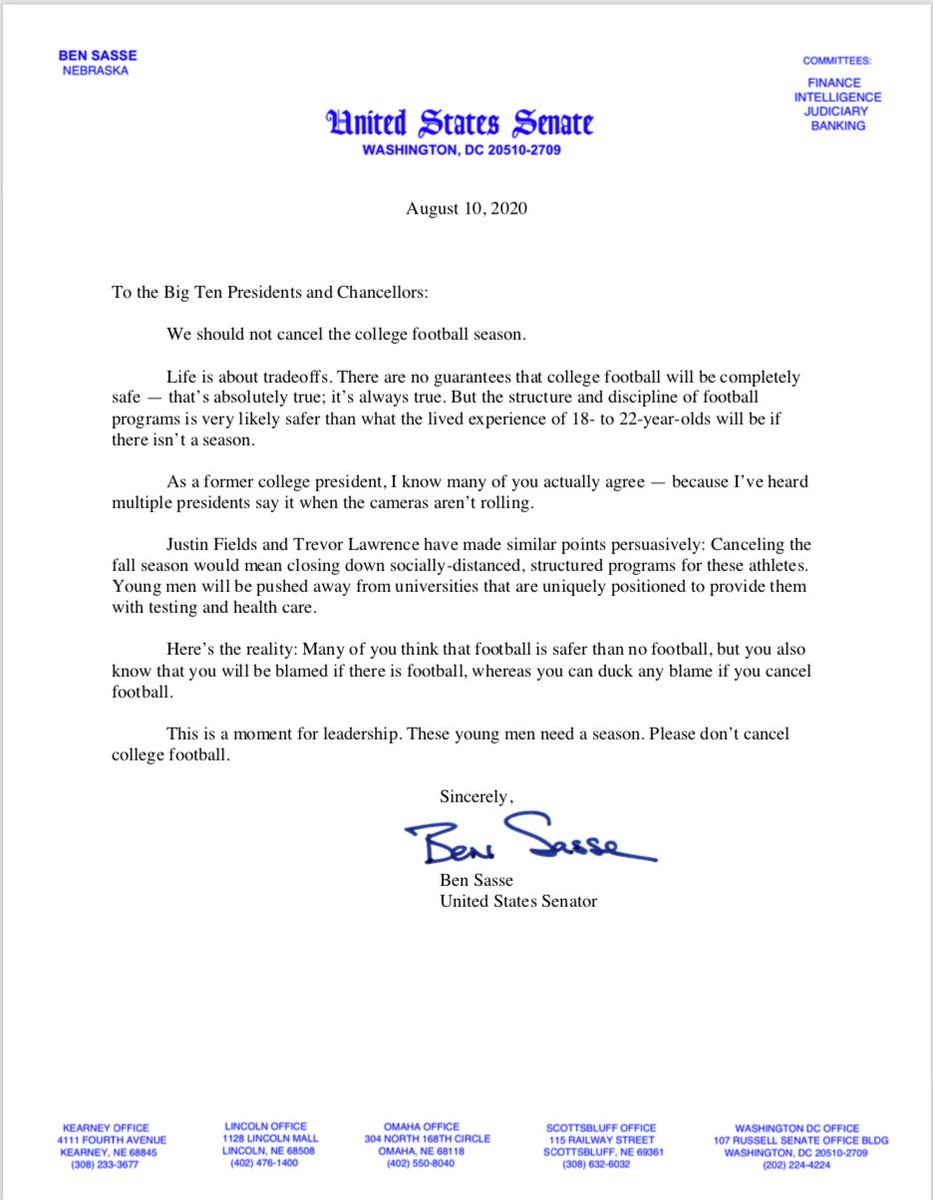 Sasse was a former president at Midland University from 2009 through 2014.

According to Dan Patrick, the B1G is prepared to pull the plug on the college football season as early as Tuesday. The Pac-12 is also likely to follow that plan.

When B1G presidents met on Saturday and Sunday, there was reportedly a 12-2 vote to cancel the football season, with Iowa and Nebraska being the two schools that wanted to attempt to play this fall.