Nebraska gets its biggest victory in years in dramatic fashion and begins B1G play riding high at 3-0. The college football world is debating whether or not Nebraska can get to 7-0 heading into a showdown with Wisconsin in October.

“The Huskers are the favorites in the B1G West.”

Then pesky Northwestern shows up and ruins the party. It happened before. It could’ve happened again on Saturday night. In fact, the College GameDay crew was split down the middle on the Saturday night showdown in Evanston.

But that didn’t happen. Not this time.

This Nebraska team isn’t quite as vulnerable as people might’ve thought, myself included. If there was ever a time for the Huskers to fall short of expectations and come back down to earth, it was Saturday in Evanston.

Early on, it looked like Nebraska was in danger of falling victim to some old habits. Two fumbles on the goal line made it seem like it might not be the Huskers’ night. 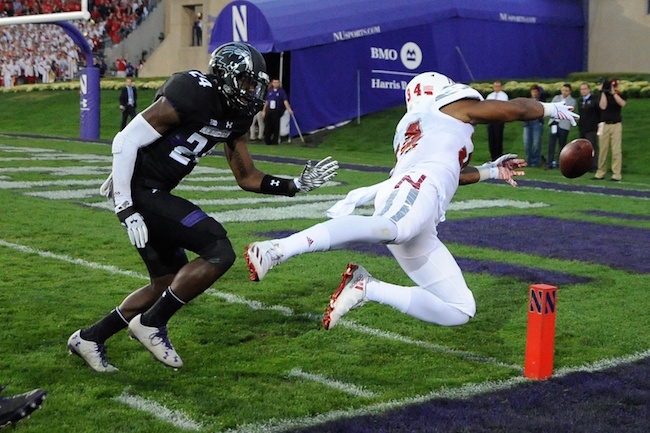 Fortunately, those were the only major blemishes.

Nebraska avoided the disastrous fourth-quarter play for the second week in a row. It could’ve been when Tommy Armstrong threw what should’ve been a pick-six. For the record, it was a bad read and a bad throw. It should’ve been 24-20 in the fourth quarter. But Anthony Walker, Jr. couldn’t hang on, and any hopes of Northwestern mounting a comeback left.

Armstrong didn’t have a turnover all night. Instead, he ran for a career-high 133 yards. His decision-making — against a defense that could’ve made his night a long one — was stellar. Sure, he overthrew Jordan Westerkamp a few too many times, but he didn’t force throws. And once again, Nebraska ran the ball far more than it threw it.

Northwestern came into Saturday with the depleted defensive backfield. With Brandon Reilly, Cethan Carter and De’Mornay Pierson-El healthy, it would’ve been easy to fall in love with the pass again. Credit Danny Langsdorf for keeping Nebraska within itself.

The last thing the Huskers could’ve afforded to do was get full of themselves after the Oregon game. A loss to Northwestern, and all of the sudden, it’s right back to square one. That division race becomes an uphill battle again.

Iowa’s loss to North Dakota State didn’t mean squat in the division race. The Hawkeyes took care of their B1G opener on the road. Wisconsin’s daunting schedule didn’t mean the Huskers have the road to Indianapolis paved. Look at what the Badgers did in East Lansing on Saturday.

Nobody in white was asleep in Evanston. Instead, there was just another impressive effort made by a program that finally appears locked in.

Connor O'Gara
Connor O'Gara is the senior national columnist for Saturday Tradition. He's a member of the Football Writers Association of America. After spending his entire life living in B1G country, he moved to the South in 2015.
RECENT ARTICLES
NEBRASKA
Nebraska OC Matt Lubick lauds play from QB Adrian Martinez this spring
NEBRASKA
Ex-Huskers kicker transferring to G5 program
NEBRASKA
Nebraska bidding to host regional during NCAA baseball tournament
NEBRASKA
Cam Taylor-Britt: 'I plan to give everything I have to Nebraska this year'