Pinned at the top, you’ll find a few telling words.

The pinned tweet didn’t come from one specific talent evaluator or journalist. Those words stuck with Westerkamp throughout his football career.

He wasn’t blessed with the physical attributes typically found in highly-touted receivers. But that didn’t that hold Westerkamp back from breaking Illinois High School records, nor did it prevent him from becoming one of the most productive receivers in Nebraska history.

“It’s just always been my motivation,” Westerkamp told Saturday Tradition. “People have always been doubting me. ‘Well, you’ll never amount to this. You’re too small. You’re not fast enough. You’re not athletic.’ It’s just things that I’ve heard over many years of playing this sport. But it’s what fuels me. It’s what motivates me.

“I love it. I love when people doubt that I can do something because I thoroughly enjoy proving people wrong.” 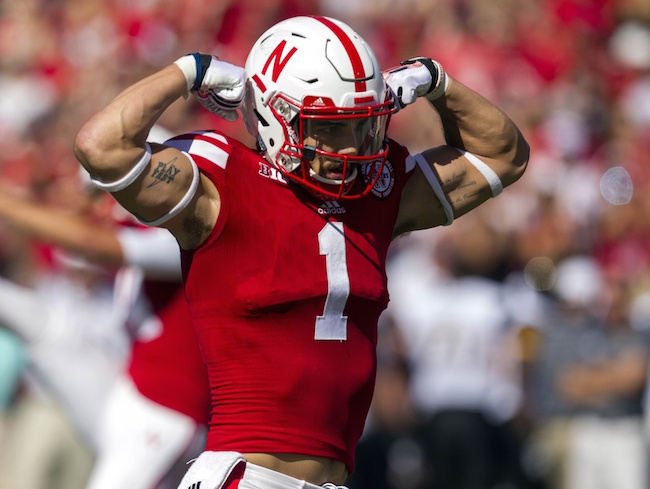 Westerkamp’s size — he’s roughly 5-11, 200 pounds — is why he projects as an obvious slot receiver at the next level. Never mind the fact that he throws down windmill dunks and pulls off 60-inch box jumps like they’re nothing. He understands that if he’s successful in the NFL, it’ll be as a slot wideout.

It’s not a bad time to be that. Anybody that paid any attention to football the last couple months saw how valuable the slot receiver was.

RELATED: Ranking the top five careers of B1G receivers since 2000

Westerkamp rooted for the Patriots in part because of guys like Edelman and former Penn State lacrosse player Chris Hogan. The fact that they had a bunch of overlooked, undersized guys spoke to him.

And of course, Westerkamp wouldn’t mind ending up in New England himself.

But he wouldn’t be just another small school, unheard-of slot receiver. At Nebraska, Westerkamp was far more than a “move-the-chains” guy.

He was a “break-the-internet” guy.

Those two catches made Westerkamp a household name (the behind-the-back catch was ESPN’s College Football Play of the Year).

His other 165 catches put him at No. 2 on Nebraska’s all-time receptions list. Westerkamp finished fourth in school history in both receiving yards (2,474) and touchdown receptions (18).

Still, Westerkamp learned a while ago that records don’t always catch everyone’s attention.

In his final high school game, he had 12 catches for 353 yards and five touchdowns to lead Montini Catholic to the 5A Illinois state title.

But there were still questions about how his skill-set would translate to the college game. ESPN rated Westerkamp as a three-star recruit (he was four-star WR in the 247sports composite) and he didn’t have a bunch of offers from powerhouse programs.

Westerkamp committed to Nebraska before his senior year. But even after he closed his high school career as a first-team USA Today All-American, Notre Dame was the only big-time program that tried to swoop in with a late offer.

RELATED: Nebraska staffer on if Iowa had superior talent: That game was bullsh–

“You go out and break a bunch of records and you’re expecting a lot more attention,” Westerkamp said. “I received a ton of attention. Don’t get me wrong. I don’t think anything like that, it’s just something motivates you. I hear it, wherever it might be on social media. I’m not oblivious to what people say about me on social media.

“It just fuels the fire. You don’t want to see things like that about yourself, but if you look at it the right way, it can really help you boost your game and take it to the next level.”

He found himself in familiar territory leading up to the NFL draft. 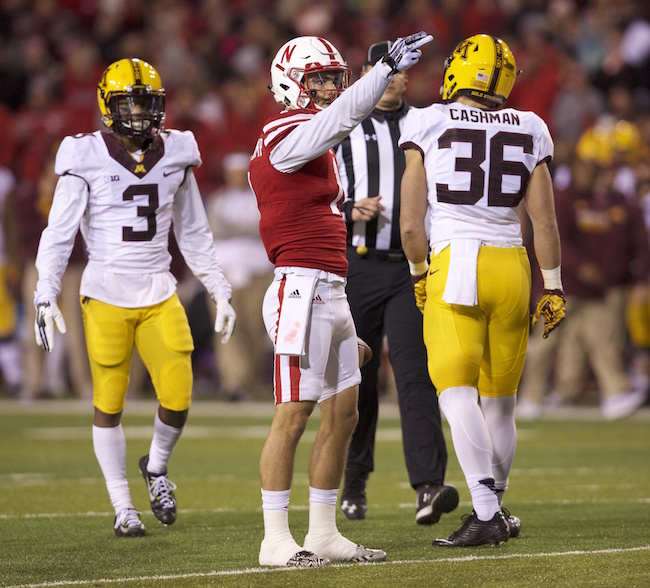 Westerkamp didn’t get to finish his college career like he did in high school.

Two weeks before the Music City Bowl, he tore his meniscus while making a cut in practice. After undergoing surgery, the timetable for the injury was three months. Ironically enough, Nebraska’s pro day is three months to the day after Westerkamp suffered the meniscus tear.

There’s still a decent chance that he could be back to 100 percent by March 14. Westerkamp said that he’s ahead of schedule, but that he would push his workout back if he felt his knee wasn’t fully healed.

That won’t be from a lack of trying. Westerkamp is currently rehabbing and training at Bommarito Performance Systems in Davie, Fla. Six days a week, he’s at the facility from 6 a.m.—4 p.m. Four or those hours are spent in the physical therapy room.

Gerry, however, is the only one of the Husker trio who will be taking a trip to Indianapolis for the NFL Scouting Combine at the end of the month. In fact, Cethan Carter was the only other former Nebraska player to make the cut.

RELATED: The complete list of B1G players who will attend the NFL Scouting Combine

Westerkamp was told that he was in consideration, and that his knee injury impacted the scouting committee’s decision (injured players have been invited on several occasions). If he was healthy, Westerkamp said, he felt that he would’ve been going to Indianapolis.

But it stings a bit.

“I still would’ve loved to have received a combine invite,” he said. “I’m not beating myself up about it, but I’m still a little ticked off because I feel like I earned it and I put in the work and had a very successful college career.”

Westerkamp repeatedly said “control what you can control” a lot the last few months. Sure, it’s cliché, but it’s an appropriate mantra.

He isn’t going to grow four inches or add 25 pounds of lean muscle in the next month. Westerkamp can work on his speed all he wants, but that doesn’t mean he’ll run a 4.3-second 40-yard dash at his pro day. And there won’t even be a pro day if he doesn’t allow his knee to heal properly.

All Westerkamp can do is try and show NFL teams that “undersized, slow, not athletic” isn’t a worthy assessment of his next-level prospects.

It’s nothing more than fuel for his fire.