The depth chart for the Northwestern Wildcats season opener, a home game on the shores of Lake Michigan against the Maryland Terrapins, has been released.

Northwestern had a miserable season in 2019, one of their worst under the 15-year leadership of head coach Pat Fitzgerald, as they stumbled to a 3-9 overall record, including 1-8 in the Big Ten.

But the ‘Cats finished on a high note, knocking off their Land of Lincoln Rival, Illinois, 29-10, in the season finale.

Here’s a look at Northwestern’s two-deep, which was released on Monday: 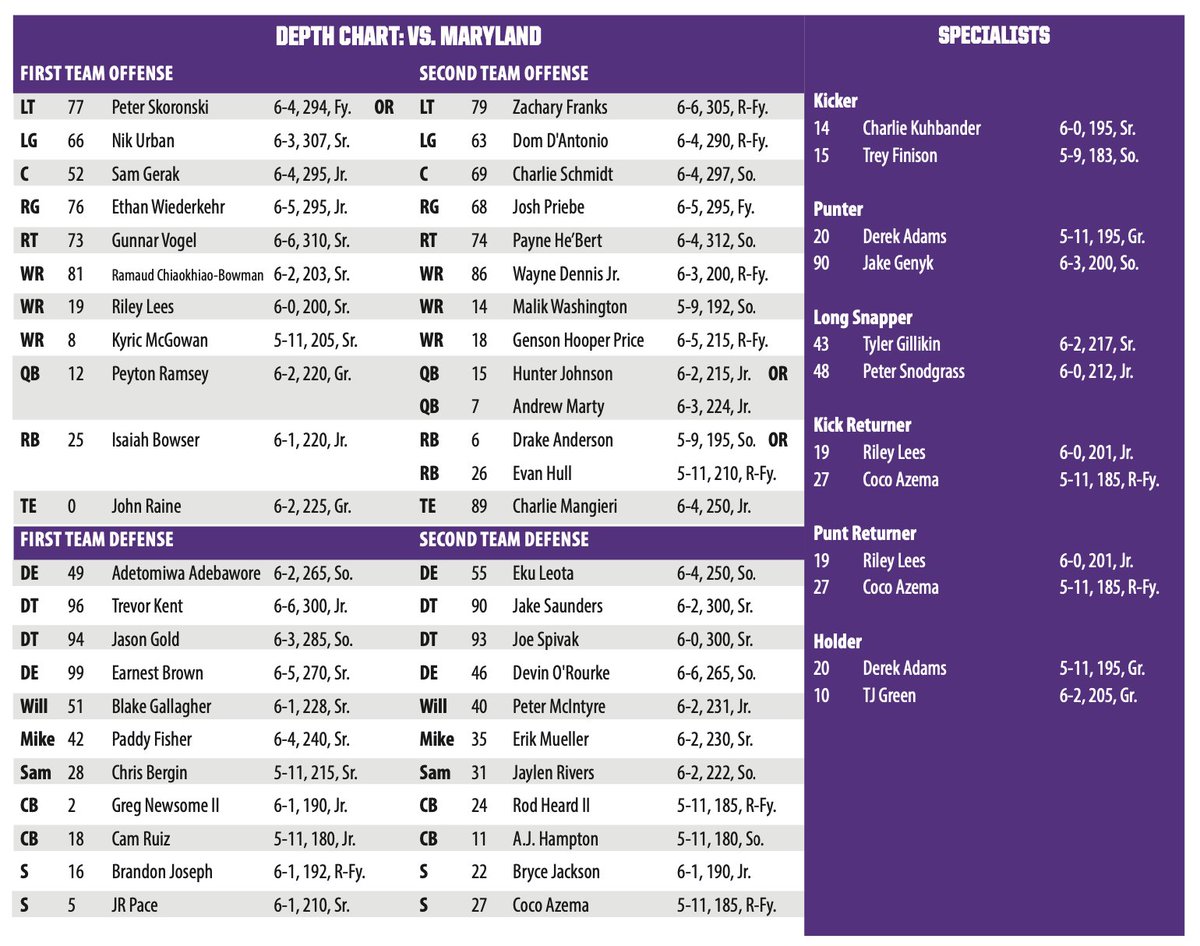 The good  news for Northwestern is they bring back a lot of experience, including ten offensive starters and nine more on defense. The starting spots are occupied overwhelmingly by juniors and seniors, with graduate transfer Peyton Ramsey coming over from Bloomington, Indiana to quarterback the Wildcats.

The season kicks off at 7:30 pm ET Saturday night against the Terps.