A group of Northwestern football parents have sent a letter to the university, asking the school to allow their sons to play this year.

Wednesday night, the group of Northwestern football parents shared the message they sent to the university on Twitter. They add to the growing list of parent groups who have urged a school or the B1G to reinstate the season since Aug. 11, when the league postponed fall sports.

Other parent groups from Illinois, Iowa, Michigan, Nebraska, Ohio State and Penn State have also sent letters to the conference. So far, the B1G has not reversed course on its decision. 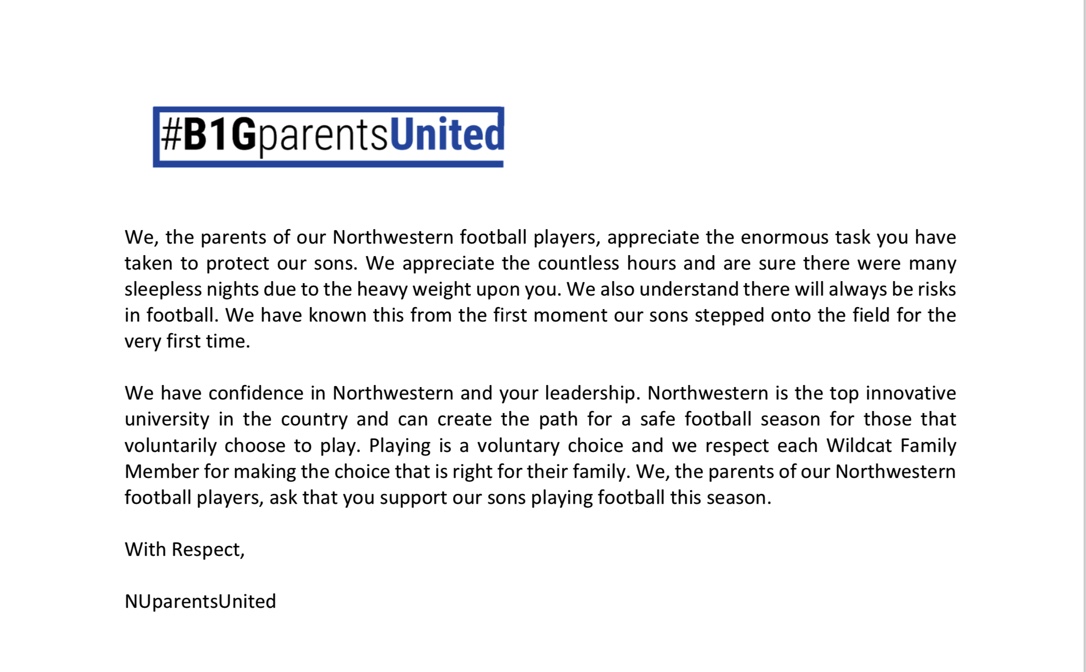 This week, President Donald Trump tweeted out that he had a “productive conversation” with B1G commissioner Kevin Warren on the potential of starting the season “immediately.” The conference confirmed that there was a discussion between the two parties.

However, it doesn’t seem like much has changed, at least at this time. With the B1G presidents voting 11-3 to postpone the season, it would take quite a bit for the conference to swing the decision the other direction.

Currently, the B1G is looking at a spring football schedule.