Is Tommy Armstrong just what the doctor ordered for Ohio State?

Sometimes, all it takes is one play.

One moment can flip the switch for any team. You don’t know when it’s going to happen, but you know what it looks like after the fact.

Ohio State is searching for that on Saturday against Nebraska. The month of October was a grind for the Buckeyes. They went from looking as dominant as anyone to looking quite mediocre. Now, nobody is saying a win at Wisconsin was easy, and Indiana and Northwestern are both better than their records would indicate.

Coming to Columbus on Saturday night is a quarterback who’s sick of hearing about turnovers. After a promising September, Tommy Armstrong didn’t have the best October himself. He threw five interceptions in October, including two in Madison last week.

Will Armstrong be what the Buckeyes need to get back on track? 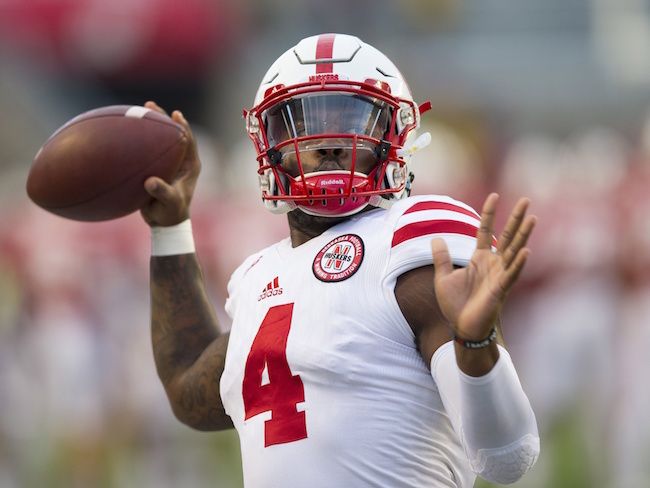 Nebraska has taken the good with the bad when it comes to Armstrong. He certainly played a major part in the 7-0 start. But lately, there’s been more bad than good.

We know that Armstrong is dealing with all sorts of injuries right now. Certainly that hasn’t helped. But Armstrong won’t be at full strength on Saturday. If he’s still hindered, that obviously isn’t good against the Buckeyes’ opportunistic secondary.

Now of course, there’s the running aspect with Armstrong. He does have 126 rushing yards in the last three weeks, and the Buckeyes haven’t fared well against mobile quarterbacks in the last year-and-a-half.

But if Armstrong can’t make plays with his legs and the Buckeyes keep contain, Nebraska fans will hold their breath on back-footed throws.

While this OSU defense didn’t sustain its ridiculous rate of September interceptions, it can still make Nebraska look like Tulsa if Armstrong throws jump balls into double coverage.

Gareon Conley, Malik Hooker and Marshon Lattimore will present a test unlike anything Armstrong has seen in a long time. In Armstrong’s four years as a starter, the 2014 Michigan State secondary might be the only thing that can compare to this group. Trae Waynes picked Armstrong off twice when those teams met, by the way.

There’s no guarantee that Armstrong makes some of his typical head-scratcher decisions. Lord knows Nebraska will do everything it can t establish the run and dominate the clock. If he’s up for it, Armstrong could finish with 15 carries.

The question is what happens in those big third down moments when Armstrong has to hurry a throw with OSU pressure barreling down. Will that be the play that turns it around for OSU?

We don’t know that. We do know that while Armstrong’s numbers haven’t been great as of late, he’s leading a team that’s still alive for the College Football Playoff in November. Saturday is essentially an elimination game for two of the B1G’s playoff contenders.

RELATED: Why the B1G might already have a playoff spot locked up

The Buckeyes could get a major lift with a convincing showing against another top-25 team. The Huskers could get their biggest win in a long time and swing their playoff odds back in their favor.

The stakes are about as high as it gets for a regular season game. Forgetting that, Armstrong said, is key for Nebraska.

“Over my career, I’ve been a part of some teams where we’ve looked at games and said, ‘This is the most important game’ and we had guys who tried a little too hard,” he told ESPN. “We don’t want people to do too much. All we want is people to do their job. If everyone’s doing their job, it all falls into place.”

But if Armstrong does try and do too much, Nebraska’s playoff dreams will die in Columbus. And in the process, he could give OSU the second wind it needs for another run to Indy.

All it takes is one play.