The #BigTenUnited message that was posted in The Players’ Tribune earlier this week was an effort from student-athletes within the conference to force the B1G and the NCAA to ensure the health and safety of players was a top priority. Yes, that message was clear and received support from across the league, but Ohio State’s Tuf Borland and other players wanted to make sure it didn’t send the wrong message about what’s happening in Columbus.

Friday, the Ohio State team captain took to Twitter to post a lengthy message regarding the #BigTenUnited message. While he and others support players and teams in their efforts towards ensuring the health and safety of student-athletes for the fall, he says it doesn’t properly portray what is happening at Ohio State.

He says that he and his teammates feel like the school is making health and safety a priority.

“We believe our institution is providing the proper structure and organization for safety,” the note stated. “Here at Ohio State, we #SetTheStandard for what college athletics should look like amid COVID-19.

“First, we appreciate that the #BigTenUnited letter was intended to protect and voice concerns of Big Ten student-athletes, however, we do not think it represents the efforts and actions of Ohio State adequately. While there are still plenty of questions to be answered and plans to be made in order to compete this fall, we believe that our safety has been at the forefront of our institution’s efforts for return to play models. We feel comfortable and trust that decisions by Gene Smith (athletic director), Dr. Borchers (head physician), our coaches, and health and safety professionals are made in our best interest.

“It has been said that college athletes are being ‘exploited’ not only in the stated letter but also in the media. We recognize that there are risks, but we have all chosen to be here and want the chance to play this fall. We know that there is still a long way to go as plans continue to change everyday, but we have a consistent voice in the discussion.”

Earlier this week, Ohio State’s team captains met with the media and said that they felt comfortable with the protocols that were in place on campus. Yesterday, head coach Ryan Day said that he felt comfortable beginning fall camp but was not “there yet” on playing games.

Ohio State is set to open the season on the road against Illinois on Sept. 3.

Below is the full statement from Borland: 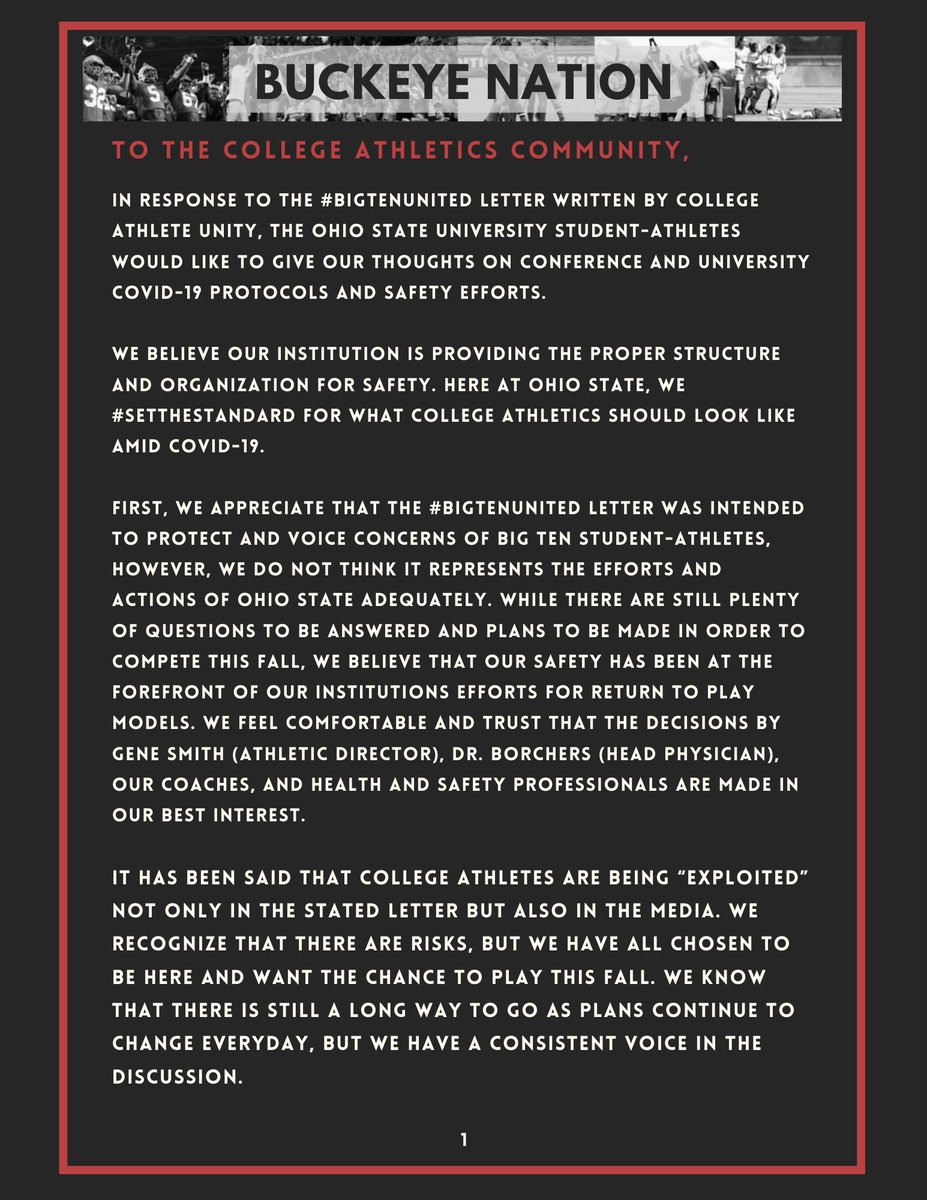 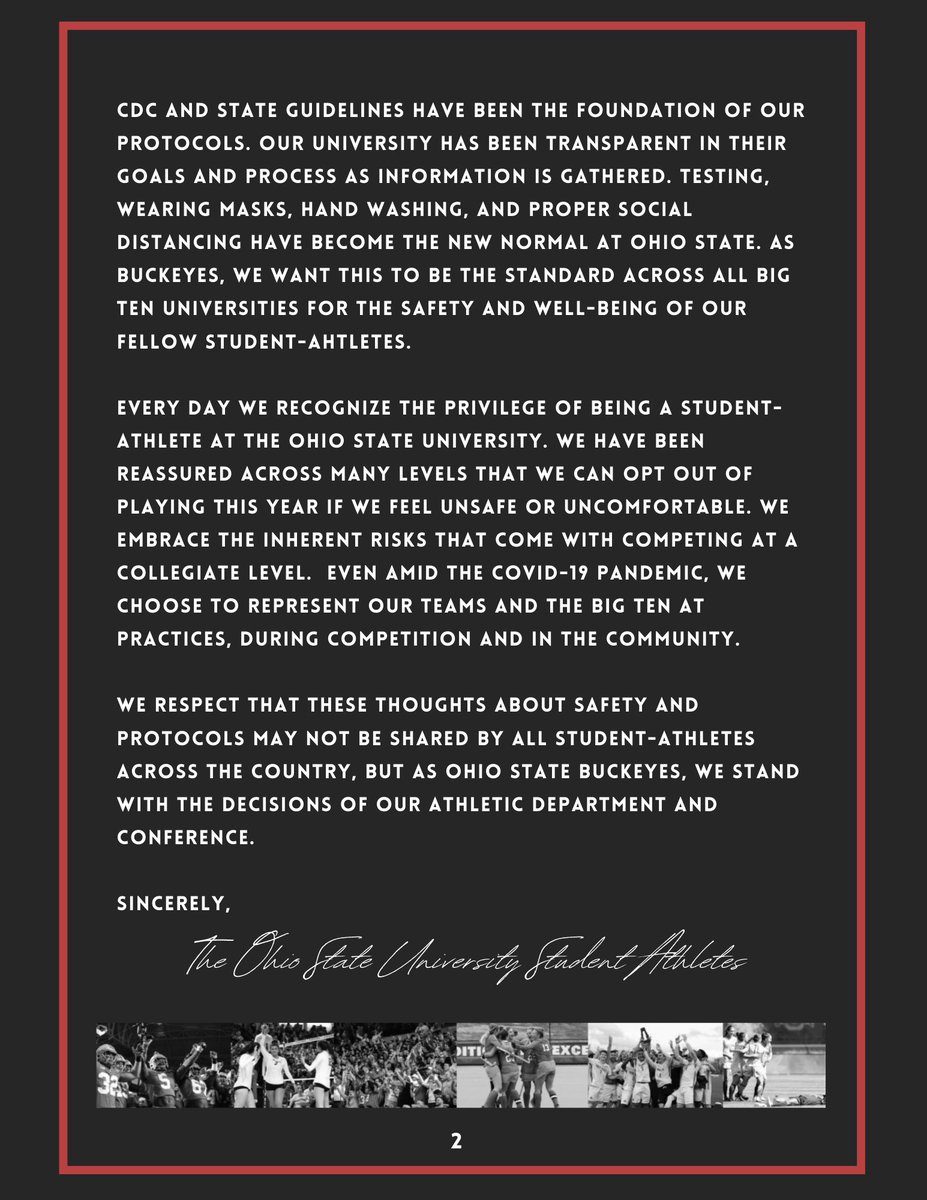