PHOTOS: The best signs from College GameDay in Columbus

With five hours of College GameDay, there was plenty of time to see the sea of signs in Columbus.

From anti-Jim Harbaugh to anti-Mark May signs, there was no shortage of signage on Saturday ahead of the showdown at Ohio Stadium.

Here were the best of them:

It takes a while to catch em all OKAY pic.twitter.com/dBPVSuJl0Q

How do they know? pic.twitter.com/PUuhTyGaL9

With a rivalry this bitter, we always expect to see vicious GameDay signs like this. #OSUvsUM pic.twitter.com/n8gc7BprNv

A lot of shots at Harbaugh pic.twitter.com/UcFdz2vUmG 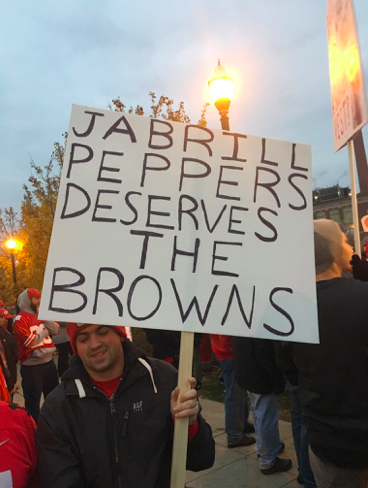 At least 15 people have taken a picture of this, so I figured I share just a picture of my brother's sign. #CollegeGameDay #GameDaySigns pic.twitter.com/bRaM25p8NO